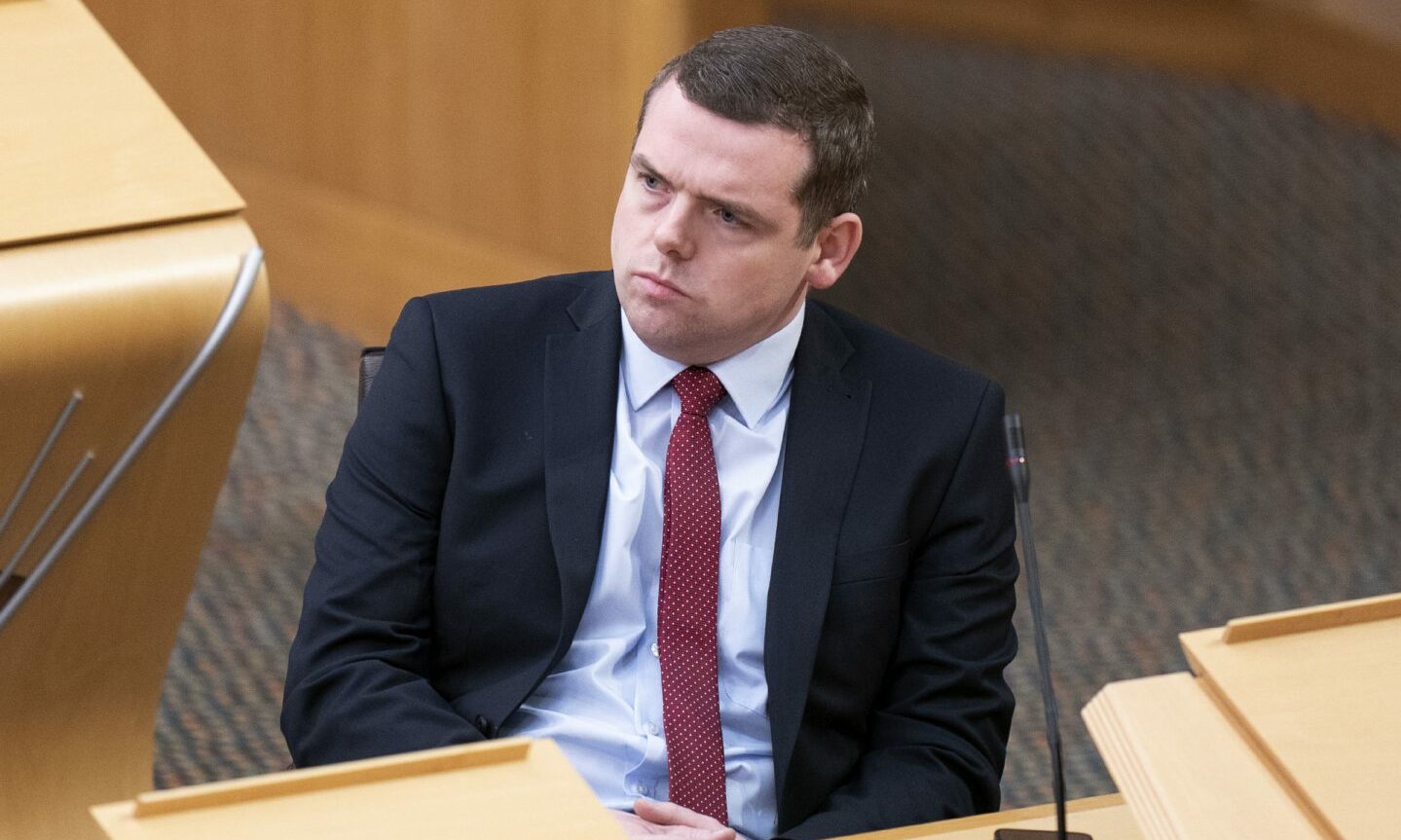 Conservatives were plunged into civil war this week over lockdown party scandals which put Boris Johnson’s position as prime minister on the line.

The Tory leader was told to quit by colleagues and rivals after he admitted attending a Downing Street garden bash during Covid lockdown in May 2020.

Downing Street has since apologised to Buckingham Palace at the end of a torrid few days.

Scottish Tory MSPs quickly united in calling for Mr Johnson to go – but what about the party’s six MPs north of the border?

They are the ones who have to sit behind the PM in Westminster.

Here’s what they had to say at the end of a bruising week.

The Holyrood Conservative leader broke ranks with the Prime Minister on Wednesday and demanded his resignation.

The Scots Tory boss – who serves as Moray MP and a Highlands and Islands regional MSP – said Mr Johnson’s position was “no longer tenable”.

Mr Ross said on Tuesday he was “furious” when reports emerged the PM had broken lockdown rules by partying with staff.

He said Mr Johnson’s apology in the House of Commons the following day served as an admission of wrongdoing.

The Scottish Tory added: “There was one simple question to answer when we saw this invitation which was to more than 100 people asking them to join others in the Downing Street garden and bring their own booze.

“If the Prime Minister was there, and he accepted today that he was, then I felt he could not continue.”

Mr Ross was backed by his colleagues in Holyrood, but Cabinet minister Jacob Rees-Mogg branded him a “lightweight”.

But he refused to join calls for Mr Johnson to quit and said he would instead wait for the results of an internal probe to be released.

The Prime Minister was right to apologise.

In a statement, he said: “The Prime Minister was right to apologise to Parliament and the public.

“I do not believe the apology was enough, however I think it’s important to wait and see what the report says, at which point we will have the full facts of the incident.

“I fully understand the anger many people feel about the events in Downing Street, at a time when the whole country was under severe restrictions due to the pandemic.”

Banff and Buchan Tory David Duguid said he would not give his verdict on the prime minister before the inquiry results come out.

He said: “We’ve all had to make sacrifices to protect ourselves from this virus.

“A comprehensive investigation into what happened is under way and I believe Sue Gray should be allowed to complete her inquiry so the full facts can be established.”

The Scottish Secretary of State backed his leader and said he has “faith” in him.

Alister Jack serves in the UK Cabinet where he heads the Scotland Office and would be expected to quit if he turned against Mr Johnson.

I think the prime minister is doing a fantastic job.

But he disagreed with Mr Rees-Mogg’s view that Douglas Ross is a “lightweight” figure as he backed him despite their differences.

He said: “Douglas is not a lightweight. He is a very serious politician. He is a great adversary for Nicola Sturgeon.”

The ex-secretary of state for Scotland said the lockdown parties were not “acceptable” but refused to say Mr Johnson should be ousted.

Mr Mundell, MP for Dumfriesshire, Clydesdale and Tweeddale, believes there is no reason stopping the prime minister explaining what happened before Sue Gray’s probe is released.

In a statement, he said: “I do not believe the way events have unfolded, let alone the idea of parties during lockdown, are acceptable and, to be clear, I have myself never attended any such gathering.

“There have been calls, which I support, for a full explanation of the events in question to be given before the publication of the ongoing report by the independent civil servant Sue Gray.”

This week in the House of Commons was an opportunity for that full, straightforward explanation.

He added: “Certainly, I cannot see that offering this information could in any way prejudice the outcome of the report, and it would provide the public with answers to which they are most definitely entitled in these circumstances.

“This week in the House of Commons was an opportunity for that full, straightforward explanation to be given, but I regret that I do not believe it was taken.

“Along with everyone else, I will now await the outcome of the report by Ms Gray.”

Mr Mundell was axed from his ministerial role by Mr Johnson when he became prime minister in 2019.

The Dumfries MP backed several of the Tory leader’s rivals during his leadership race – and admitted he would never support Mr Johnson for the role.

The Berwickshire, Roxburgh and Selkirk MP was approached to comment on the latest claims.

After the garden party claims earlier in the week, he told local media: “It is completely unacceptable that this event went ahead.

“I do not understand who could have organised or attended such an event and thought it was compliant with the rules.”