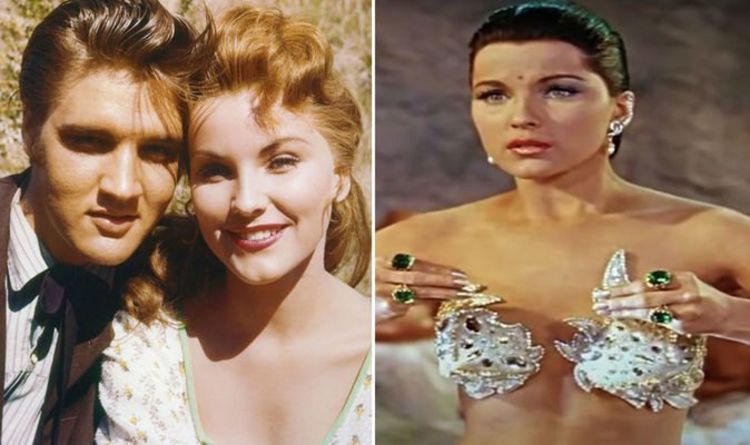 Debra later recalled in 1997: “I was very shy, very quiet and very immature for my age. I was in my very early 20’s, but I was emotionally more like a 16-year-old. Elvis and I just sort of came together like a couple of children, really.”

She took him home to meet her parents, who he charmed with his manners, leaving the room once to go and get Mrs Paget a chair: “From the time he first came to the house, my folks considered Elvis a member of the Paget clan – which I believe, he reciprocated. I had the feeling that our closely-knit family life resembled his own.”

The besotted star would even drive over at night and park nearby, watching the house jealously to see if Debra had any other callers.

Like Elvis, Debra was deeply religious but also had a wilder side – which would be exposed three years later in one of the most provocative scenes ever seen on screen at that time. SCROLL DOWN TO WATCH