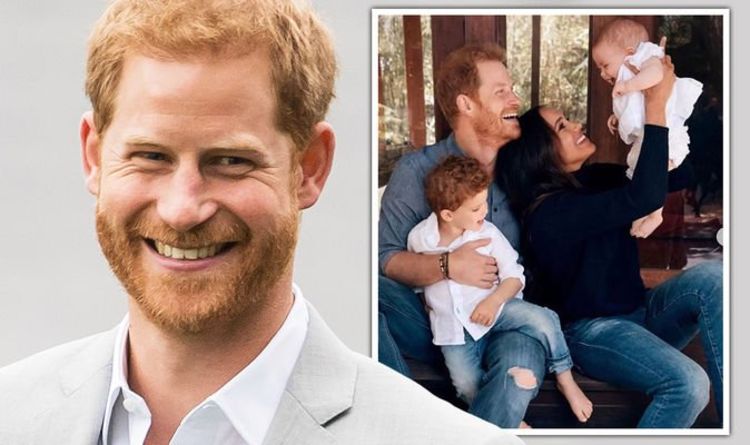 Kiss A Ginger Day is an unofficial holiday celebrated all over the world on January 12. The purpose of this holiday is to show that special ginger in your life just how much you care by giving them a kiss, either on the cheek or on the lips.

The Duke of Sussex is one of the most famous red-haired people in the world.

Prince Harry is particularly proud of his red hair and has thousands of adoring fans around the world.

During a 2015 visit to Christchurch in New Zealand, Harry met a young boy carrying a sign that read: “Keep calm. Ginger is the spice of life.”

The Duke of Sussex told the boy: “Gingers rule!

“Don’t let anyone hassle you about it and hang that sign above your bed.”

While the 37-year-old may be losing his hair, it seems his son, Archie Harrison Mountbatten-Windsor has inherited it.

During the annual WellChild Awards in 2019, Harry and Meghan Markle revealed their son does have ginger hair.

Harry reportedly said Archie is “definitely a redhead” and you can “see it in his eyebrows”.

This was an unprecedented spike in people Googling for ginger hair dye according to Google search data analysis.

Last month, the Duke and Duchess of Sussex released their Christmas card for 2021 and showed off Archie’s red hair.

Archie was pictured with bright red hair, similar to his father’s, also contributing to the enormous rise in searches for hair dye.

A spokesperson for Longevita commented on the findings for Express.co.uk.

They said: “Ever since the Duke and Duchess of Sussex stepped down from working royal life, they have been incredibly selective about the appearances they make and what they choose to share with the public.

“They have kept their two children out of the limelight to provide them with a private upbringing.

“However, these findings highlight the enormous influence the entire family has on the world.

“A single picture prompted a monumental increase in searches for hair dye, in order to replicate the Duke and his son’s hairstyle.

“It is a testament to the couple’s popularity that they are consistently inspiring people around the world, despite leaving the limelight of the British Royal Family to pursue a more private life.”

While Harry is likely to be the most famous red-haired royal, there are others who happen to have ginger hair.

Sarah Ferguson and her eldest daughter Princess Beatrice both have ginger hair also.