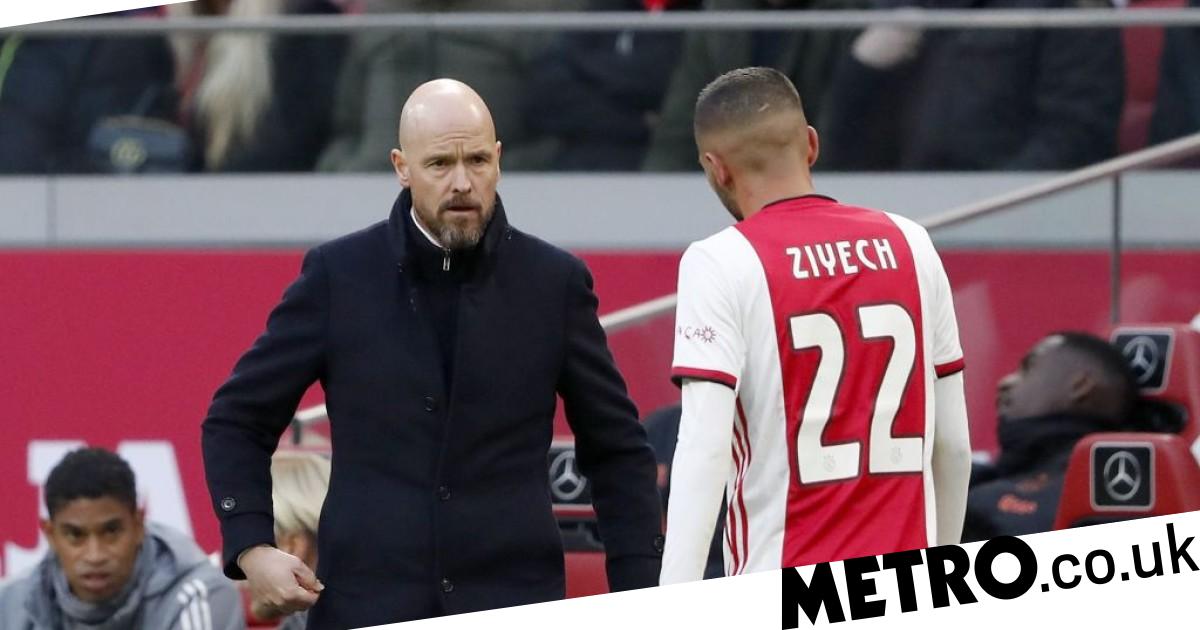 The Dutchman, who took charge at Old Trafford this summer, has been told to have ‘realistic expectations’ by United chiefs after losing his first game in charge at home to Brighton, with his side back in charge on Saturday away at Brentford.

Ten Hag asked United’s hierarchy to make Ziyech a priority signing – but the board were split over a decision – and have now decided to block a move for the 29-year-old, according to the Manchester Evening News.

Chelsea have been open to selling the Morocco international this summer, who is under contract until 2025, with Italian side AC Milan holding extensive talks to sign the midfielder.

Ziyech joined Chelsea in a €40m (£33.3m) deal from Ajax in the summer of 2020 but his first season was disrupted by injuries.

Last term, Ziyech struggled to secure a regular role in the team under Thomas Tuchel and started just 14 games in the Premier League.

He was an unused substitute as the Blues won 1-0 at Everton in their first game of the new 2022-23 season.

Ziyech has already experienced playing under Ten Hag at Ajax and in May, Dutch legend Marco van Basten urged the new United manager to sign his former midfielder.

‘What comes to my mind now is that I think Ziyech, who already plays in England, could be a very good footballer at Manchester United for Erik,’ Van Basten told Ziggo Sport.

Ten Hag is keen to add another attacking midfielder to his squad but United have been priced out of a move for Brazilian winger Antony as Ajax have raised his asking price to €100 million (£84.1m), hence why they have turned to Ziyech.

Meanwhile, a further round of talks are scheduled with Adrien Rabiot’s agent and mother over the course of the weekend, while United still hope to sign a new forward despite ending brief interest in Marko Arnautovic earlier this week.