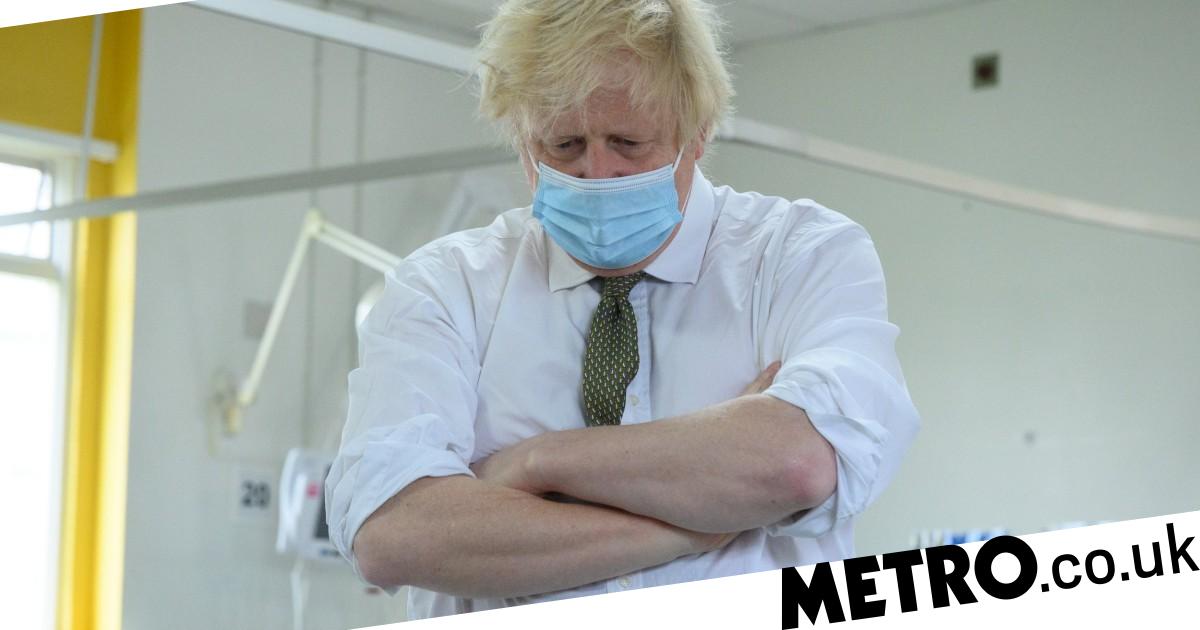 Boris Johnson is unlikely to make a decision on whether or not to introduce new Covid restrictions this week as ministers wait for more data on the Omicron variant.

The Prime Minister will meet with cabinet ministers this week to review current Plan B measures to see if tougher restrictions need to be brought in or measures relaxed.

It will be the first time ministers have met to discuss the situation since before Christmas.

Since then, Omicron cases have surged and the UK has recorded unprecedented numbers of people testing positive for the virus.

The number of people in hospital is now nearly double the number is last time ministers met.

The government has committed to reviewing restrictions in England by Wednesday.

But while restrictions are expected to remain in place, they are unlikely to be increased to match the rest of the UK, sources have suggested.

The number of people in hospital with Covid is now at the same level it was last February.

There were 319 patients admitted to hospital in London on December 31, the last date data is available and a total of 3,744 patients in hospital in the capital as of January 2.

But despite case rates being so high the number of people in hospital requiring ventilators has not increased dramatically.

Experts believe that while Omicron is more infectious is does not cause as severe illness as previous strains of the virus.

But despite fewer people needing to be placed on ventilators, the sheer numbers of people testing positive, as well as staff absences, is still putting healthcare services under a huge amount of pressure.

And an NHS chief in London has warned operations are likely to be cancelled in the coming weeks if there are significant spikes in Covid-19 hospitalisations and further staff absences.

Experts are monitoring hospital figures closely, especially whether or not more older people start requiring treatment as a result of intergenerational mixing over the festive period.

Edward Argar, a minister at the Department of Health and Social Care, has predicted hospital figures would continue to increase for at least another two weeks.

But he said he was ‘seeing nothing at the moment in the data right in front of me in the immediate situation that suggests a need for further restrictions’.

‘We need cool, calm heads,’ he said in an interview with Times Radio.

‘We need to look at the data and we need to do everything possible to avoid any restrictions.’

A source has also told the i that ministers are ‘cautiously optimistic’ but added ‘things could change in a single day’.

When asked if tougher rules were needed in England cabinet office minister Steve Barclay told Sky News: ‘We don’t think the data supports that at the moment.

‘Of course, we keep the data under review, but we’ve seen significant behaviour change as a result of Plan B.’

The Cabinet is due to meet on Tuesday or Wednesday, with Health Secretary Sajid Javid expected to announce the result of the review in the Commons on Wednesday.