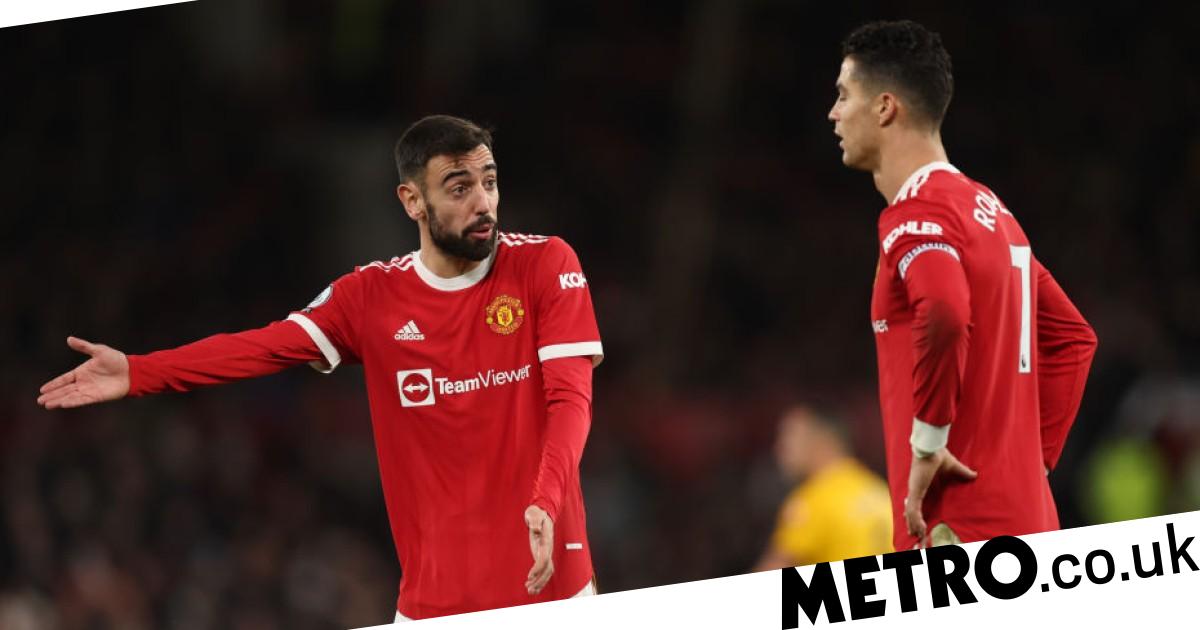 Gary Neville produced a scathing assessment of Manchester United’s performance in their 1-0 defeat to Wolverhampton Wanderers at Old Trafford on Monday night.

The Red Devils were poor for much of the contest, outplayed by the away side who scored a late winner through Joao Moutinho in the 82nd minute.

It was anything but a smash and grab from Wolves who had 19 shots to United’s nine during the game and were deserved winners.

It was a Red Devils team hit with some injuries as Phil Jones made his first start in two years, but it was not one short of superstars nevertheless.

Ralf Rangnick played his 4-2-2-2 formation, which has caused a stir since his arrival in England, with the front four comprised of Mason Greenwood, Jadon Sancho, Edinson Cavani and Cristiano Ronaldo.

Despite having the front line that would be the envy of most clubs on the planet, United created little over the game, with the best chance falling to substitute Bruno Fernandes late on.

The Portuguese rattled the cross bar from inside the penalty box when he should really have scored on 67 minutes.

Former Liverpool and England star Jamie Redknapp was scathing of Rangnick after the match, criticising his tactics and accusing him of not knowing what he was doing.

‘They [Wolves] were playing against a side that were so devoid of confidence, of ideas, of how to play the system,’ Redknapp told Sky Sports.

‘We speak about managers coming into the game and he came in with this famed 4-2-2-2 system and it doesn’t work.

‘He went to a three at the back, a 4-2-2, by the end I think he was making up systems. There was no real idea, no identity of how they were trying to play.’

MORE : Harry Maguire OUT of Manchester United’s clash against Wolves