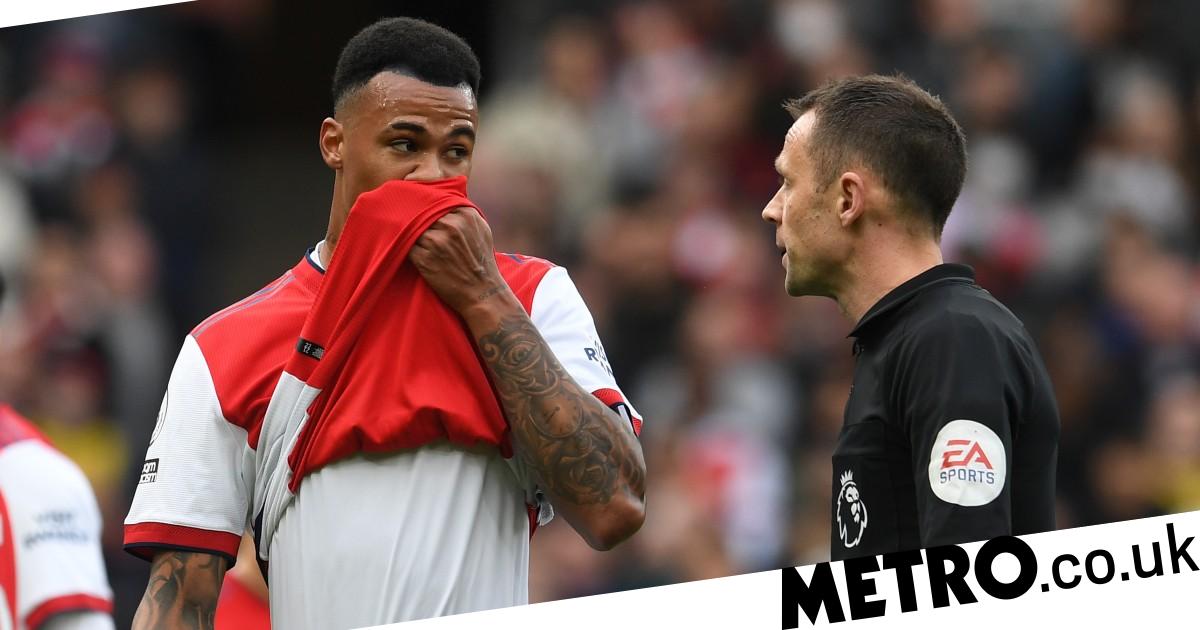 Gabriel says Arsenal will look to bounce back from their 2-1 defeat to Manchester City and keep ‘fighting until the end’, with the club still firmly in the race for a top-four finish in the Premier League this season.

Bukayo Saka put the Gunners in front against City just past the half-hour mark at the Emirates, but the champions levelled in the 57th minute as Riyad Mahrez converted from the penalty spot.

Gabriel was sent off for a second bookable offence just two minutes later and the defender’s red card proved costly, with the visitors capitalising on their one-man advantage late on through Rodri.

The Brazilian’s first booking arrived after he appeared to scuff up the turf on the penalty spot and he received a second yellow card for a petulant foul countryman Gabriel Jesus on the halfway line.

Pep Guardiola’s men held firm to move 11 points clear of second-placed Chelsea at the top of the table, while Arsenal remain six points adrift of Liverpool in fourth spot.

An apoplectic Gabriel fumed at referee Stuart Attwell as he was given his marching orders midway through the second half and the defender took to Instagram to describe his emotions in the wake of the defeat.

‘Hard to accept it, but only God knows everything!’ Gabriel said.

‘Proud to be part of this team!!! Amazing spirit! We will keep working together, fighting until the end!!

Looking back on Gabriel’s sending off shortly after Arsenal’s loss, BT Sport pundit Rio Ferdinand described the Brazilian’s behaviour as ‘stupid’ and ‘immature’.

‘This is stupid, this is immature, this is petulant. A penalty against your team… what do you think you’re achieving by doing that?’ the ex-Manchester United and England centre-back said.

‘This is where the stupidity enhances itself. He’s not going in on goal, he’s not a threat, he’s in the middle of the pitch and straightaway after that incident you commit a silly foul like that.

‘You’re in disbelief, I don’t understand it.’

Ferdinand added: ‘You’ve got time to think, you know know you’re on a yellow card. You get a yellow card in a game and automatically you think, “Right, I’ve got to adjust the way I approach certain situations now.”

‘He’s had red mist. He’s still thinking about the penalty and that’s the problem.

‘He’s thinking about the penalty that went on previously and he’s in that moment there.

‘He doesn’t see that the referee is only 10 yards away and he’s half a pitch away from the goal area where there’s going to be a danger. There’s no danger.’