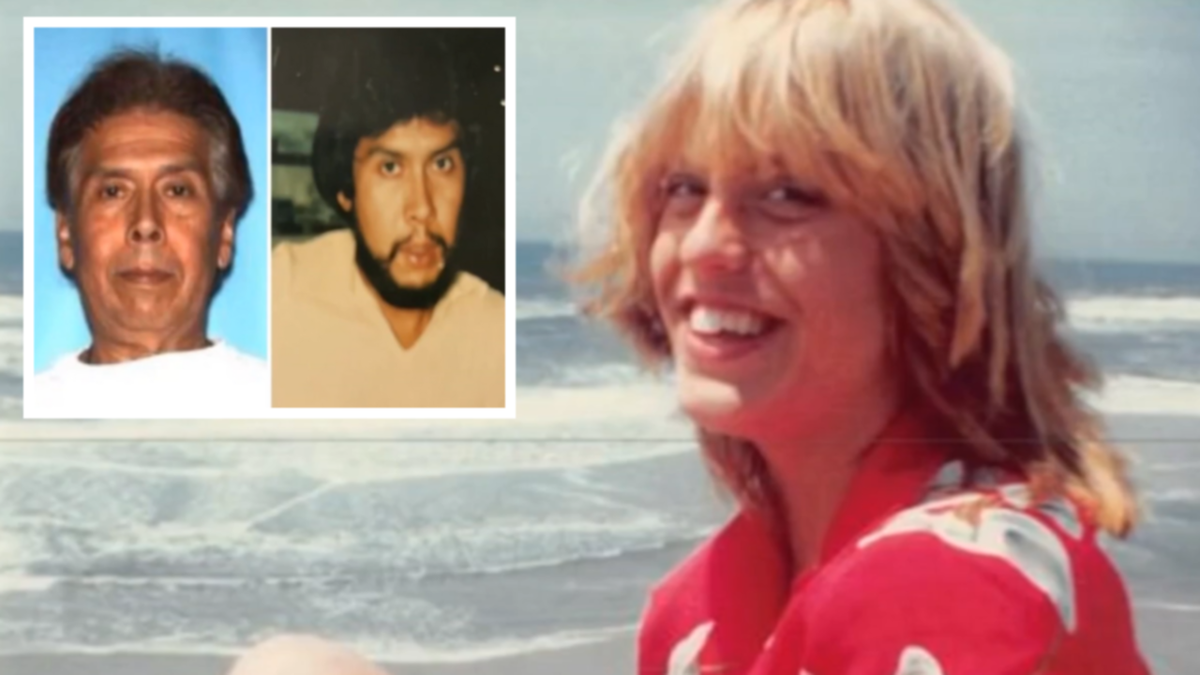 A detective born two years after Karen Stitt was raped and murdered in California in 1982 has arrested a suspect – a 75-year-old man who is facing extradition from Hawaii.

Gary Gene Ramirez was arrested last week, 40 years after the California teen was found dead, naked and covered in stab wounds, about 100m from the bus stop where she was last seen alive.

Watch the video above to see more on this story

The 15-year-old Stitt had been playing video games with her boyfriend at a Sunnyvale 7-Eleven on the night of September 2.

Her boyfriend watched her walk to a nearby bus stop around midnight, but then left so he didn’t get into trouble at home for being late.

The next morning, a delivery driver found Stitt’s naked body concealed behind a blood-stained cinderblock wall near the bus stop. She had been bound by her own clothes and stabbed 59 times.

Until recently, that was as much as detectives could prove despite a police release stating that the killer “left both his blood and bodily fluid on Ms Stitt”.

City of Sunnyvale Public Safety deputy chief officer Matt Hutchison grew up in the area among a family of law enforcement workers who had spoken about the case, which grew to haunt him.

He spent five years dedicated to the case and said that after the arrest of Ramirez he feels “relief”.

“There’s a lot of emotions that come up in me,” Hutchison said.

New DNA technology allowed Hutchinson and cold case investigators to submit DNA from the murder scene to be re-examined.

The evidence was used to build family trees, which genealogists used to narrow down the search to four brothers.

Hutchison said: “I told detectives, I think your perpetrator is one of these four brothers.”

Ramirez was identified as the likely source of the DNA in April, and the District Attorney’s Office confirmed the match four months later.

Hutchison said the alleged killer “expressed some shock and surprise verbally” when he was arrested in Hawaii.

Stitt’s brother, her only remaining relative, was last week notified by investigators that a suspect is now in police custody – four decades after his sister’s death.

“That was the biggest moment for me,” Hutchison said. “To be able to speak with them, and tell them that it’s finally done.”

Santa Clara County district attorney Jeff Rosen said: “Behind every old murder file in every major police department, there is a person, heartbreak, and a mystery.

“The mystery of Karen Stitt’s death has been solved thanks to advances in forensic science and a detective that would never, ever give up.”

Ramirez grew up in nearby Fresno and served in the US Air Force in the early 1970s, frequenting the Santa Clara area afterwards before moving to Hawaii.

Once extradited he will face kidnapping, murder and rape charges in California and will likely spend the rest of his life in prison if he is convicted.

Woman plunges to her death from moving rollercoaster