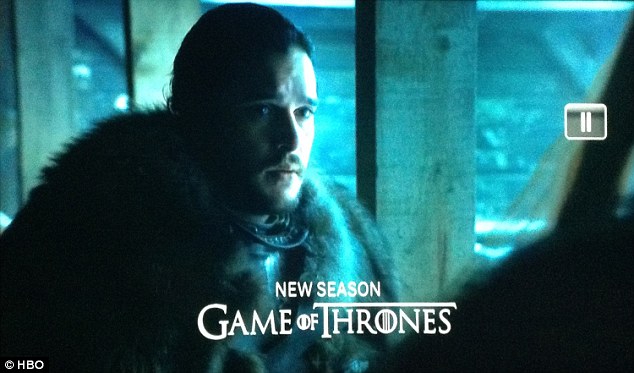 First look! Game Of Thrones fans get a glimpse of Season 7 teaser

By Bobbie Whiteman For Dailymail.com

HBO gave the very first glimpse of the much anticipated Season 7 of Game Of Thrones on Sunday.

But it’s unlikely many of its ardent fans caught the Starks in the ‘Coming in 2017’ reel that the pay TV channel shared before the penultimate episode of Westworld.

The preview featured just three images of the medieval fantasy that flashed by, according to MTV.com.

Winter is here: A mournful Jon Snow, played by Kit Harington, is deep in conversation in one of the shots from Season 7 of Game Of Thrones that HBO shared in a teaser on Sunday

The website credited GOT community Watchers On The Wall for posting three screenshots and, later, a four-second teaser video from @sansaerysnow as well.

It seems the dreaded  winter truly has come to the realm if the pictures are anything to go by.

Fan favourite Jon Snow, played by Kit Harington, is seen dressed in heavy furs deep in conversation with someone.

He and Sansa Stark won back the North last season and he is now king. But what’s next? 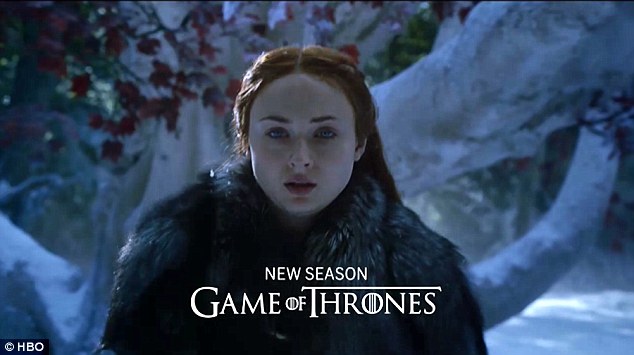 Family ally: Jon and actress Sophie Turner’s Sansa Stark, seen staring moodily out of the frame in the clip, won back the North last season

In another image Sansa, played by Sophie Turner in a new wig, stares moodily out of the snowy scene, also wearing warm fur.

Of course, there’s no way to know what she’s looking at, but her long-lost sister Arya Stark, played by Maisie Williams, is finally on her way back to Winterfell.

The teaser shows the youngster on horseback after a season in Braavos, where she learned the art of assassination. 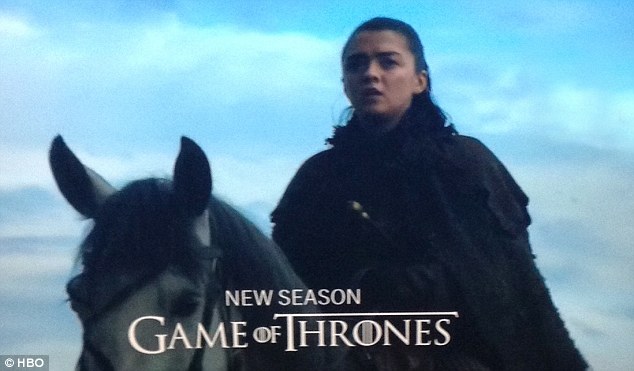 On her way home: Sansa’s long-lost sister Arya Stark, played by Maisie Williams, is finally on her way back to Winterfell after a season in Braavos, where she became an assassin

Fans will have to wait until summer for the penultimate season of Game Of Thrones, based on author George R.R. Martin’s bestselling series of books.

Season seven is due to debut the first of seven hour-long episodes on June 28 with the final season set for 2018.

Meanwhile, GOT has been such a big hit for HBO that it confirmed recently that it is in ‘preliminary talks’ with Martin about making a prequel.