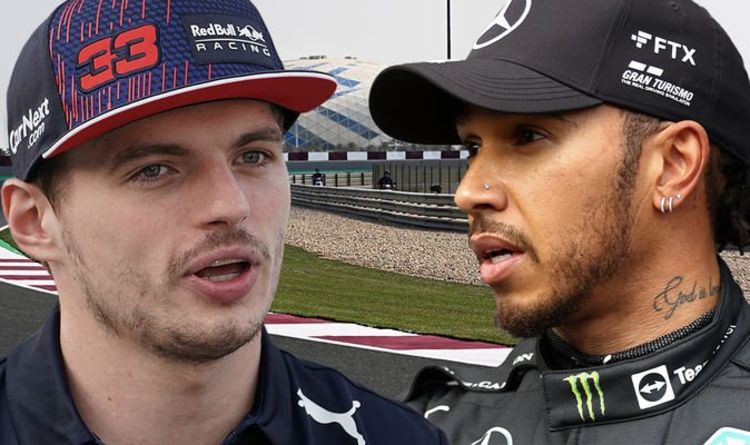 Lewis Hamilton has a huge opportunity to make up vital ground in the Formula One title fight with the Mercedes driver on pole for the Qatar Grand Prix and Red Bull rival Max Verstappen having been hit with a five-place grid penalty. The Dutchman has been punished for not respecting yellow flags during qualifying yesterday and now starts seventh instead of second.

Hamilton’s Mercedes team-mate Bottas has also been hit with a three-place grid penalty however and will start P6 instead of P3.

Verstappen, Bottas and Ferrari’s Carlos Sainz all improved their lap times while the yellow flags were out in Q3 after they had been double-waved due to AlphaTauri’s Pierre Gasly suffering a tyre blowout down the main straight.

“I think it’s just a rogue marshal that’s stuck a flag out, he’s not been instructed to by the FIA, they’ve got to have control of their marshals, it’s as simple as that. Because that’s a crucial blow in this world championship for us.

“Now he’s starting P7 at a track you can’t overtake at. That is massive.”

Today’s race in Losail gets underway at 2pm UK time with Hamilton seeking a win to cut into Verstappen’s 14-point lead in the Drivers’ Championship. Express Sport provides live updates below.