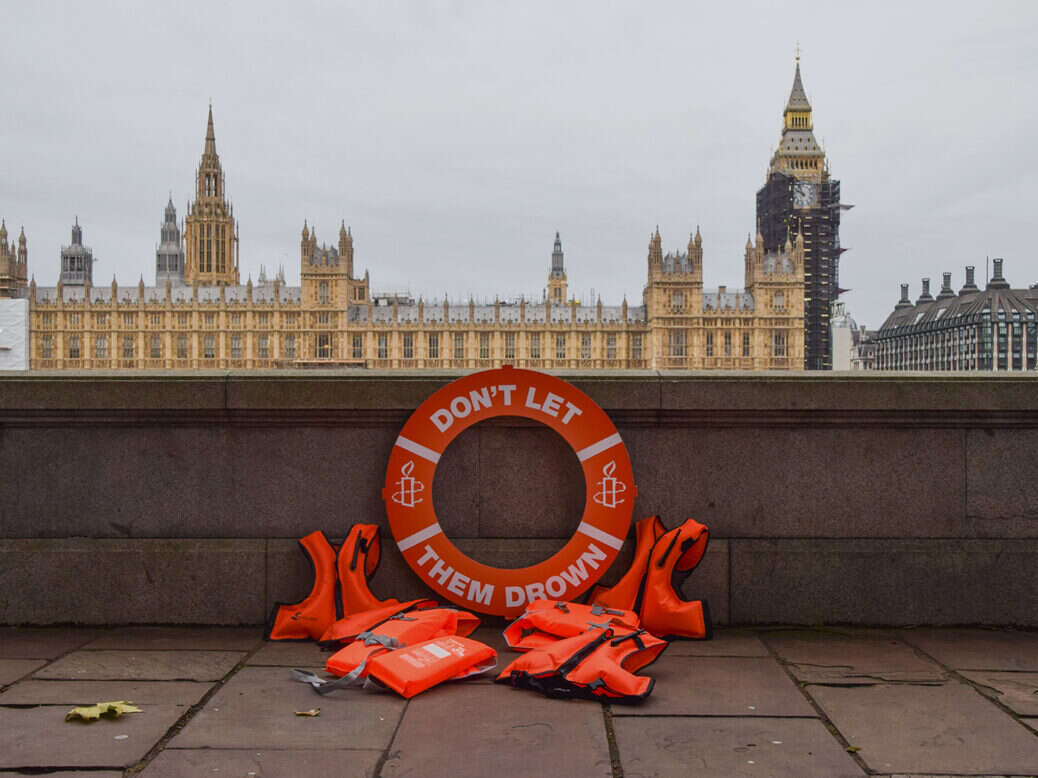 One hundred civil society figures have condemned the government’s proposed Nationality and Borders Bill as “overtly racist”, in an open letter shared with the New Statesman.

Signatories include Julie Bentley, CEO of Samaritans, Halima Begum, CEO of the Runnymede Trust, the British authors Neil Gaiman and Nikesh Shukla, the historian and broadcaster David Olusoga and the barrister Jolyon Maugham, who founded the Good Law Project but signed the letter in a personal capacity.

The open letter, which arrives as the House of Lords begins scrutinising the Nationality and Borders Bill, describes the legislation as “a route to disenfranchisement and even deportation of people of colour on an unprecedented scale”.

Clause nine of the Nationality and Borders Bill would give the home secretary the right to deprive British nationals of their citizenship without informing them first.

[See also: What does the Nationality and Borders Bill mean for you?]

The shadow immigration minister, Bambos Charalambous, described the clause as “shameful and Orwellian in equal measure”, telling the House of Commons on 7 December: “The real purpose of this rule appears to be to introduce measures that remove the right to appeal.”

Maugham told the New Statesman: “If you don’t know that your citizenship has been removed it’s very difficult to appeal against it.

“The right to remove citizenship is also expressed in very, very broad terms, so there’s the additional question of whether people will have grounds to appeal, even if in theory they have a right of appeal.

“If these rules are only going to be used for narrow reasons, then there is no reason for them to be drafted so broadly.”

A New Statesman analysis last year estimated that the change would affect the rights of six million people in England and Wales, including two in every five people from a non-white ethnic minority and almost half of all British Asians.

The open letter describes clause nine as “merely the pinnacle of a raft of legislation that has already subjected the citizenship of millions of Britons of foreign heritage, including those born and raised in the United Kingdom, to the caprice of the home secretary”.

The British government already has more sweeping powers to deprive its citizens of their nationality than any other government in the G20, including China and Saudi Arabia, analysis by the New Statesman found.

[See also: New: Priti Patel’s powers to revoke citizenship are the broadest in the G20]

Since 2006, the home secretary has had the power to strip British citizenship from any dual national if doing so is deemed to be “conducive to the public good”. Between 2006 and 2017, this power was used to strip 199 people of their citizenship, with 104 cases in 2017 alone.

Since 2014 the home secretary has also had the power to deprive non-dual nationals of their citizenship, thereby making them stateless, if they have acted “in a manner which is seriously prejudicial to the vital interests” of the UK and the home secretary “has reasonable grounds for believing” that they could acquire another nationality.

The open letter states: “Clause nine now goes a step further and removes even the duty of notification, leaving millions in constant uncertainty as to the status of their citizenship.”

Maugham added: “It raises a guillotine over the necks of black and brown people in the UK. It raises the threat that for trivial breaches of law, or even transitory standards of moral conduct drawn up by government agencies, people could lose their citizenship and indeed be left stateless.”

For example, the Court of Appeal ruled in 2019 that the Home Office’s policy of deporting migrants for tax discrepancies was legally flawed. At least 1,000 working migrants seeking indefinite leave to remain in the UK – including doctors, engineers and scientists – were facing deportation in 2018 for simple mistakes such as errors in tax returns.

“It doesn’t take much imagination to see that these powers will create very harsh sanctions, including statelessness, for actions that many of us would regard as being entirely proper,” warned Maugham.

“It embeds inequality of treatment by saying that those who have only UK citizenship are subject to one sanctions regime and those who may be entitled to citizenship of another state are subject to a completely different sanctions regime. Once you appreciate who falls into the former class and who falls into the latter class it becomes very difficult indeed to avoid describing the legislation as racist in effect and intent.”

A Home Office spokesperson said: “Removing British citizenship has been possible for over a century, and is used against those who have acquired citizenship by fraud, and against the most dangerous people, such as terrorists, extremists and serious organised criminals.

“This change in the bill is simply about the process of notification and recognises that in exceptional circumstances, such as when someone is in a war zone, or informing them would reveal sensitive intelligence sources, it may not be possible to do this.”

The right to asylum

The Nationality and Borders Bill would also curtail the rights of asylum seekers who arrived in the UK irregularly or through another “safe” country.

Refugees who do not meet the new criteria would also have no possibility of settlement for at least ten years. Children born to such refugees while in the UK could be denied British citizenship for ten years, or until their parents are granted citizenship.

The Law Society has said that clause ten is “incompatible with the UK’s obligations under the Refugee Convention 1951”, while the UN High Commissioner for Refugees (UNHCR) has described the clause as “a recipe for mental and physical ill health, social and economic marginalisation, and exploitation”.

The UNHCR has also warned that the restriction of rights to family reunion will mean that “more women and children are likely to attempt dangerous journeys”.

Schedule three of the Nationality and Borders Bill, meanwhile, would set the groundwork for the offshore processing of asylum claims. The Home Secretary, Priti Patel, has previously considered transferring asylum applicants to remote islands in the South Atlantic.

The bill would also make it a criminal offence for asylum seekers to enter the UK without a visa if coming from a country where visas are required for travel to the UK, with a maximum sentence of four years’ imprisonment. Anyone facilitating such entries, including humanitarians and refugees themselves, would risk life imprisonment.

The UNHCR has noted: “Given that there is no possibility under UK law of applying for entry clearance in order to claim asylum, no one from a country whose citizens normally need a visa would be able to come to the UK to seek asylum without potentially committing a criminal offence.

“Ninety per cent of those who are granted asylum in the United Kingdom are from countries whose nationals must hold entry clearance (a visa) to enter the UK.”

The open letter warns that the bill “will effectively make the government unchallengeable and refuge and asylum practically impossible”, and calls on political parties and MPs to “reject it at the first opportunity”.

The Nationality and Borders Bill is entering the Lords for its second reading, having passed the House of Commons last December. An official petition to remove clause nine has gathered more than 310,000 signatures and is due to be considered by Parliament for a debate.

The signatories of the letter: