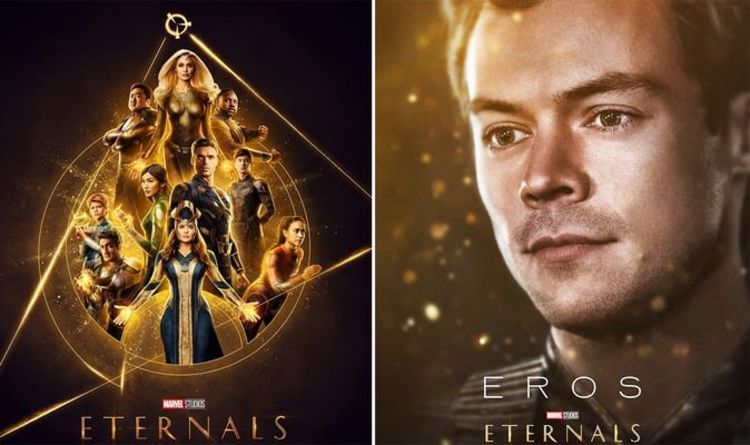 Following One Direction’s breakup, Harry Styles has been pursuing a Hollywood acting career alongside his own solo music ventures. After debuting as a soldier in Christopher Nolan’s Dunkirk, the 27-year-old is next set to star opposite Florence Pugh in Don’t Worry Darling, before another upcoming movie called My Policeman. But after an Eternals press screening in Los Angeles last year, it was leaked that Harry had been cast as a Marvel superhero in the MCU.

Harry features in the mid-credits scene for Eternals, which was released in cinemas on November 5 and is now streaming on Disney+ from today.

The singer plays Thanos’ brother Eros aka Starfox and unlike his Mad Titan brother, he’s more of a womanising adventurer.

Marvel Studios certainly wouldn’t have teased such a big star unless they’re planning on him making a big impact in the MCU going forwards.

And according to Giant Freakin Robot’s trusted and proven insider sources, Harry has signed a deal for five Marvel movies playing Starfox.

The outlet was unable to confirm which MCU movies Harry’s Starfox will feature in although they said Eternals 2 is a possibility.

Additionally, it makes sense for Thanos’ brother to feature across the MCU while the universe recovers from the Mad Titan’s decimation in Avengers Infinity War.

In Marvel Comics, Thanos and Starfox have had the occasional punch up, so maybe this will feature in some flashbacks or a prequel?

Or perhaps even another variant of the Mad Titan will show up given that the MCU is about to open up the Multiverse of Madness in Doctor Strange 2?

Eternals is streaming on Disney+ now.