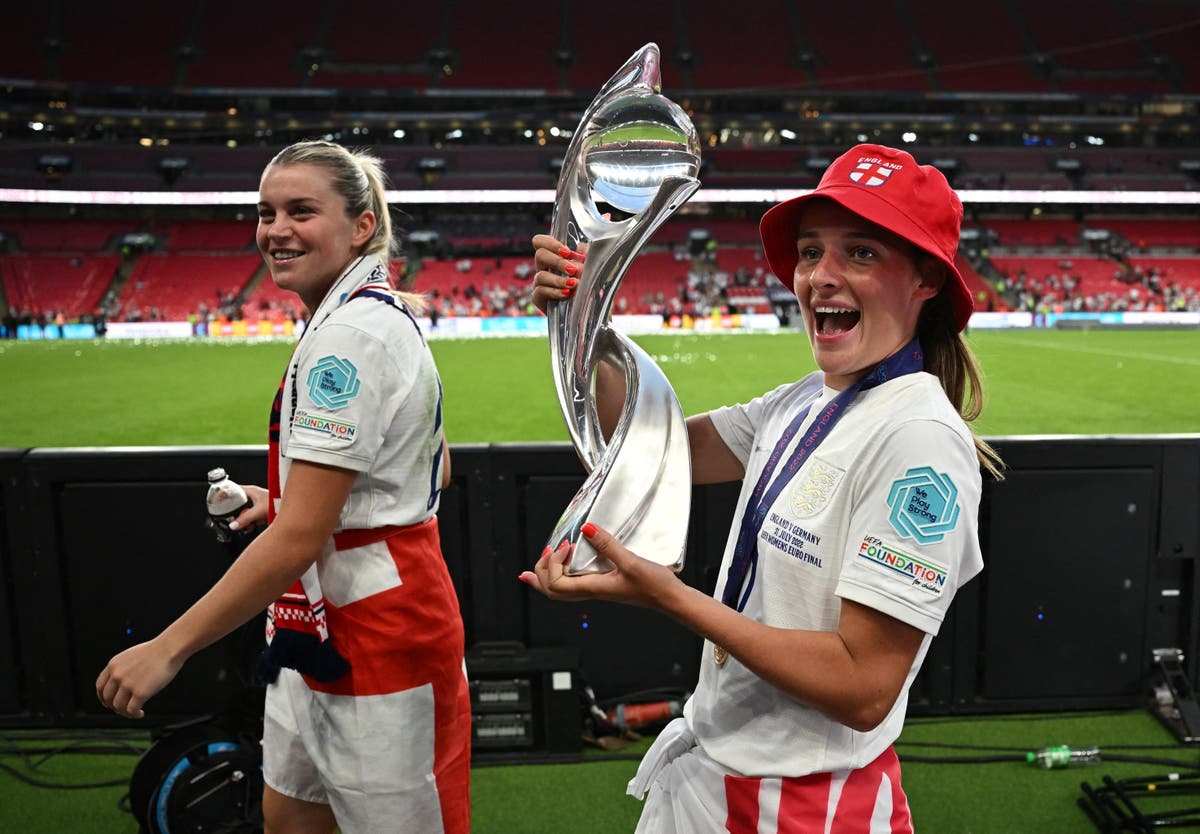 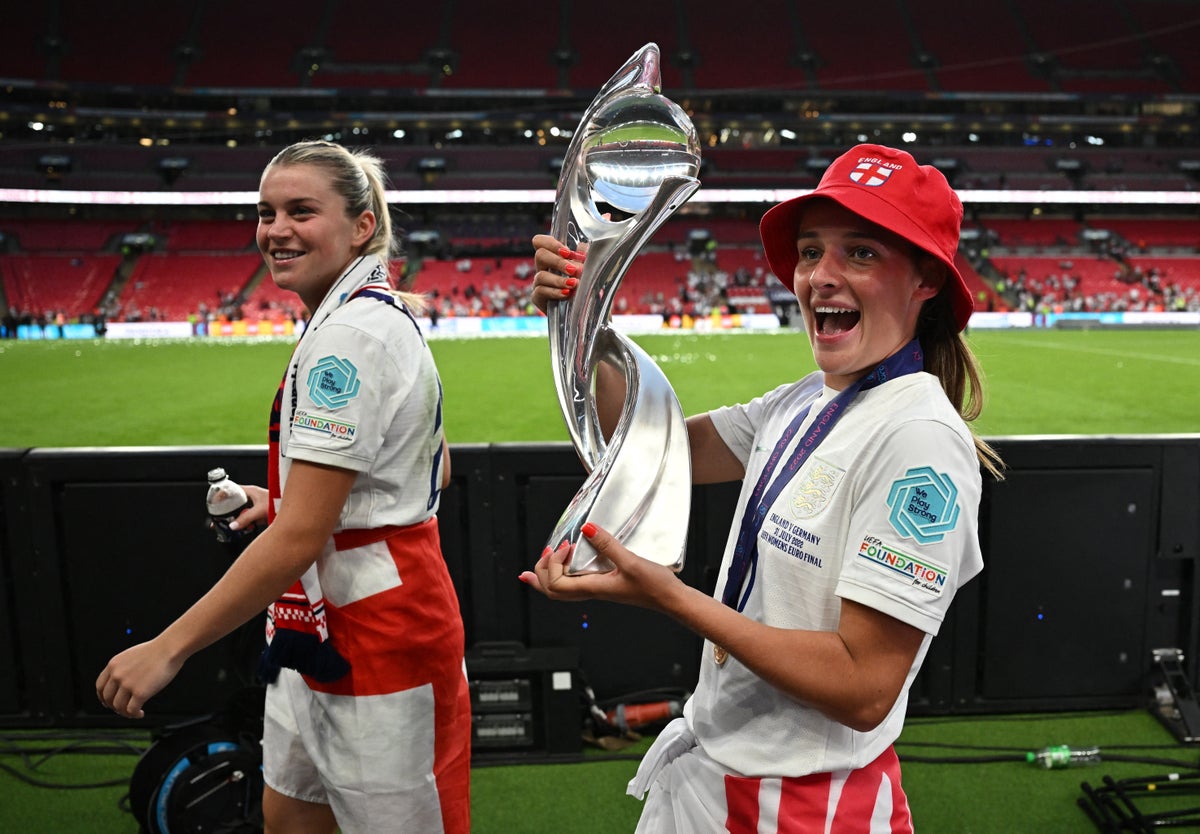 The head coach made history by ­naming the same starting XI for every game at the tournament and the plan worked to perfection.

On countless occasions England’s substitutes came on to make a difference and no more was that evident than in Sunday’s final against Germany, with Ella Toone and Chloe Kelly both scoring after coming off the bench.

After conquering Europe, the Lionesses now have their sights set on World Cup glory next summer in Australia and New Zealand and the competition for places promises to be fierce.

Players have seen and heard about the work Wiegman has done and they will be desperate to be part of the special journey she is taking England on.

“There is a lot of talent,” said Wiegman. “We have very experienced players at a very high level, but youngsters are coming through that just need a little more time.

“We already have some young players that are performing at a real high level, but talent takes time. However, you also see with some players it goes really quick and you just have to follow them really, really good – and that’s what we do. Then we see which players are ready to compete and make the squad.”

The biggest question ahead of the World Cup, which England can secure their place at by drawing with Austria next month in their penultimate qualifier, is whether the ‘super subs’ from Euro 2022 become starters.

Alessia Russo, Kelly and Toone all proved incredibly effective off the bench, and all three will have aspirations of being in the starting XI come next year. Of the trio, Russo is knocking on the door the loudest. She is putting pressure on Ellen White, who will be 34 when the World Cup starts in July, and a good WSL season could be decisive.

Russo starting would improve Toone’s chances of making the XI. The pair, who are childhood friends and Manchester United team-mates, operate best as a pair and Fran Kirby will know her place as the team’s No10 is under threat.

“The competition for places is going to be higher and higher, but I think that just pushes performances,” said defender Lucy Bronze.

“That is what you have seen from our forwards this tournament. There is so much competition.

“Someone will come on like Alessia Russo and make the difference. Chloe, Tooney and all these players are just pushing everyone else to make sure they keep their shirt, whether in the starting XI or the squad.”

Wiegman has an abundance of forwards to choose from, with Chelsea’s Lauren James not even in the squad for this Euros but pushing to be involved.

There is not, however, the same depth in midfield and that could be a problem area for England ahead of the World Cup, especially if Jill Scott, now 35, elects to retire before then. Lucy Staniforth and Katie Zelem are the likely candidates to step up, but both are attack-minded.

It is partly the reason why Wiegman experimented with Leah Williamson in midfield before the Euros and that could still be an option going forward, although the captain undeniably plays her best football when used in the heart of defence.

Williamson’s defensive partnership with Millie Bright was key to England’s success and Wiegman is unlikely to change it.

Steph Houghton, who will be 35 next year, faces an uphill battle to get back in, but Lotte Wubben-Moy could become a starter if she continues to develop with Arsenal this season.

The heart of defence looks set, but the left-back spot is one that could change. Rachel Daly held it throughout the Euros, however Wiegman may be tempted to go with a natural left footer going forward. That would provide more balance to England’s build-up and Alex Greenwood, who can also operate at centre-back, is the main competition for Daly.

Chelsea’s Niamh Charles is another option. She was part of the wider squad for the Euros and offers versatility in the fact she can play higher up the pitch too.

In the long term, England will need a successor to Bronze at right-back and Manchester United youngster Maya Le Tissier looks ready made for that.

Le Tissier, who can play all across the backline if needed, shone in the WSL last season and it is a question of when, not if, she makes her England debut.

If she has a good first season with Manchester United it will create a headache for Wiegman, who had such a settled side throughout the Euros.

These, though, are the selection dilemmas the 52-year-old wants and the ones England need if they are to wrestle the USA’s World Cup crown away from them.