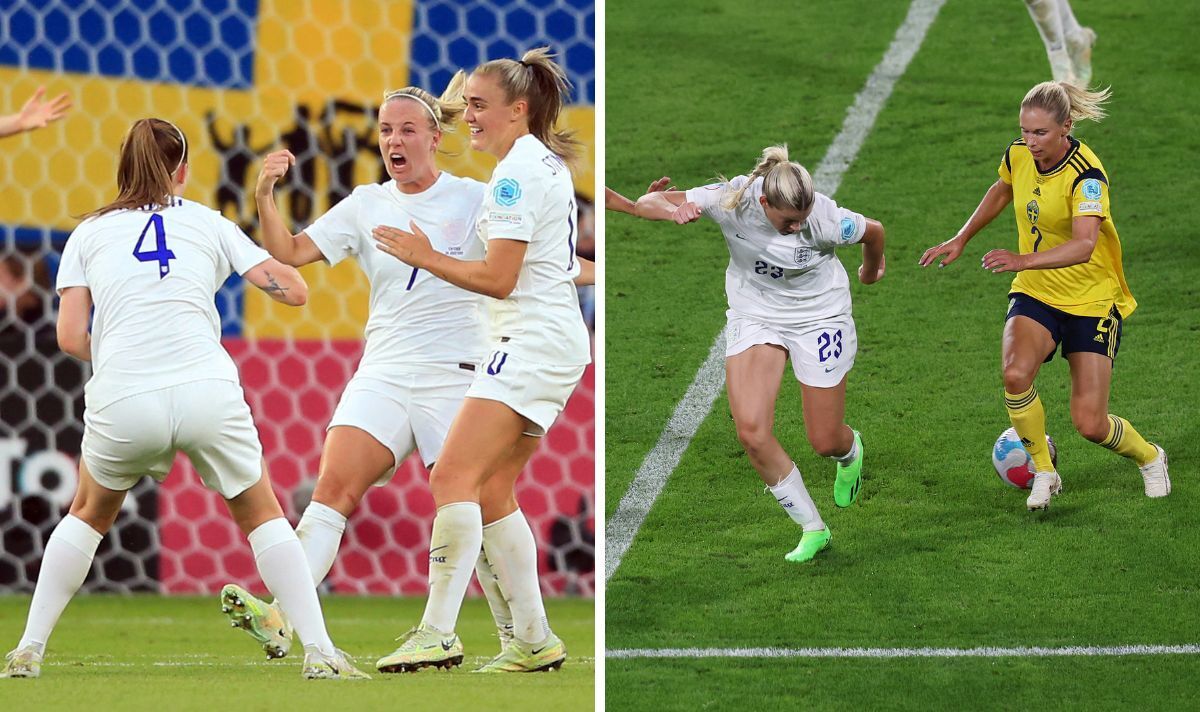 And another highly-respected European team lies clawed to pieces, wondering what on earth has happened to them. The impressive thing about this campaign is not that England keep rattling in the goals, it is the fact they keep doing so against teams who have every right to consider themselves better than Sarina Wiegman’s quietly effective team.

On a different night, England could even have been all but out of the tournament within an explosive first 10 minutes at Bramall Lane. Indeed there was barely 20 seconds on the clock when Manchester United goalkeeper Mary Earps was first called into action – after England kicked off.

Possession was turned over high up the pitch – a feature of the nervy early exchanges – and when Sofia Jakobsson was fed round the outside of Millie Bright, he low shot was saved by Earps’ outstretched boot. After eight minutes, Stina Blackstensius went marauding through the same channel to produce another fine save from Earps, then from the resulting corner the same Swedish striker headed firmly against the woodwork.

England tightened up the midfield and the game settled into a more balanced contest – although as in the quarter-final against Spain the Lionesses spent more of the time on the back foot.

However, throughout this competition, when the moments have presented themselves, England have been clinical. A sublime pass from Rachel Daly to Lauren Hemp sent the winger clear for the first time and when her cross evaded Ellen White by inches, the danger seemed to be over.

Bronze retrieved the ball, though, her centre picked out Mead perfectly, and the Arsenal player spun and shot inside the far post with all her usual confidence, Half time could not come soon enough and while Sarina Wiegman may not have much in the way of a hairdryer, she certainly has a decent pair of straighteners. Because England came straight out and scored.

Just two minutes after the restart, a deep corner was headed back goalwards by Bronze and somehow bobbled into the far corner. VAR checked to see if Hemp was distracting the goalkeeper from an offside decision but decided there was no reason to exonerate Hedvig Lindahl so the goal stood.

Sweden are not ranked no. 2 in the world behind just the USA for nothing and it was inevitable they would not just lie down. Unlike when England went ahead against Norway earlier in the tournament, prompt changes were made and Sheffield steeled itself for an ambush. A torrid five minutes of rearguard defensive action ended with the save of the tournament so far.

Blackstensius’s looping shot was creeping under the bar, and while the modern giant Premier League goalkeeper would have tipped it over, Earps had to find the strength to stretch way beyond her 5ft 7in and bodily push the ball above the woodwork. But it was just another England player doing her job.

For Alessia Russo, this tournament, this has meant being devastating as a supersub without ever getting a sniff of a start. In a rare England break she got her chance after brilliant work from Fran Kirby, but uncharacteristically hit her shot straight at the goalkeeper. No bother! Chasing after the rebound she stunned everybody by backheeling a much harder chance into the open net.

And still there was more to come. Fran Kirby broke as the Swedes reorganised with substitutions yet again and tried an audacious chip from 25 yards. She did not get it right, but the keeper’s fingertips were not strong enough and to the crowd’s delight, somehow the scoreboard now said ‘4’.

“Football’s coming home,” they all sang, and sure enough on Sunday, Wembley Stadium awaits.