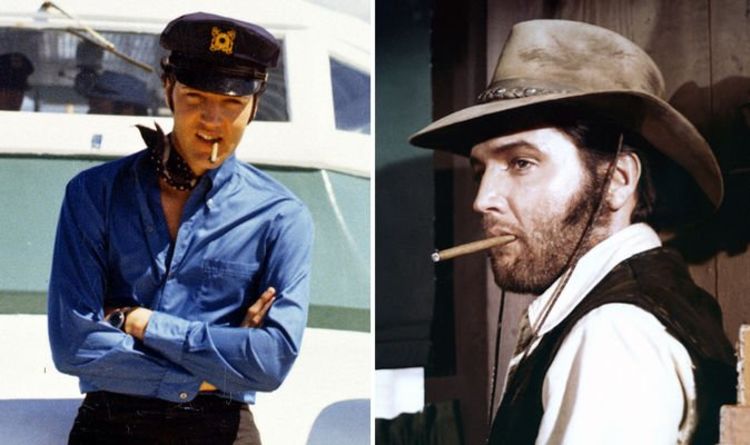 Despite being a rock star, Elvis Presley wasn’t a big drinker of booze, what with a number of alcoholics in his family. However, The King was partial to smoking cigars with his Memphis Mafia inner circle. Now one of Lisa Marie’s childhood friends has shared how the kids who grew up at Graceland would sneak off with Elvis’ smokes every now and then.

Danny Smith, the son of Elvis’ cousin Billy Smith, grew up with Lisa Marie and Graceland and used to get up to all kinds of mischief with her and the other Memphis Mafia kids.

In his latest YouTube video below, he was asked if he or any of the inner circle’s children ever stole one of The King’s cigars.

Danny replied: “I mean we wouldn’t steal anything but that’s a great question and to answer that, let’s say we come across some of Elvis’ cigars at times…

“And, of course, like I said when we were playing Elvis and the bodyguards, hey, it just wasn’t realistic unless we had the cigars, so yeah! We would get them and use them and play with them and enjoy!”

READ MORE: Elvis Presley’s Memphis Mafia ‘could pretty much do anything’ WATCH

Danny didn’t specifically mention if Lisa Marie would do this but given that she was the main member of the Memphis Mafia kids, it seems pretty likely she would take part in their pretend game of being Elvis and his bodyguards.

In the same video, her childhood friend was asked if The King ever smoked weed, which he admitted he had no idea.

Asked what Elvis would do from getting up to going out, Danny said how he’d start with breakfast and a coffee.

Being a night owl, the star slept all day and woke up in the late afternoon before having his first meal on the corner of the sofa in the Jungle Room.

Danny also remembered how Lisa Marie once took the blame for him when he crashed her golf cart.

He flipped the vehicle while driving it and fell into a big tree where the roof was bend and the windshield was cracked.

The Memphis Mafia Kid remembers being terrified saying: “My butt was in a sling. But Lisa actually told Elvis that she did it.

“She took one for the team I guess you could say. And I’m damn glad she did!”