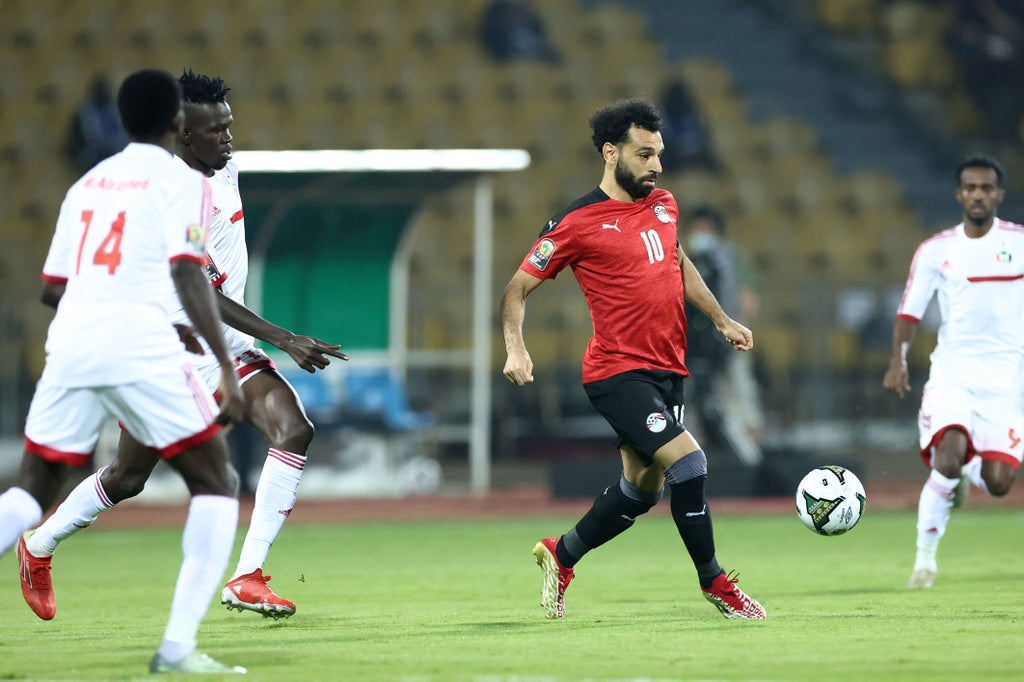 After recovering from the setback of losing to Nigeria in their opening game at the Africa Cup of Nations, Egypt will be looking to secure their place in the last 16 when they face Sudan.

Mohamed Salah got his country back on track with the winner in their 1-0 win over Guinea-Bissau and another victory will send Egypt through as runners up in Group D.

But the pressure is on and defeat would see Sudan leapfrog them and could potentially lead to a calamitous group-stage exit for one of the pre-tournament favourites.

Sudan go into the game as huge underdogs but their draw against Guinea-Bissau means a shock victory would almost certainly send them into the last 16.

And having seen Ghana crash out after defeat against Comoros, Egypt will be taking nothing for granted as they target the knockout stage.

With kick-off at 7pm GMT, follow all the action with our live minute-by-minute updates.

4 mins: Another chance. This time Salah crosses a free-kick into the box and Mohamed heads just wide of the far post

3 mins: Down the other end, that’s a very good early chance for Sudan and a bit of a let-off for Egypt.

Sudan break at pace and Hussein creates an opening for himself in the area, but he can’t keep his shot down and it goes harmlessly over.

1 min: A good, positive start from Egypt. The ball falls to Elneny on the edge of the area but he fires high over the bar.

The Arsenal man is not known for his goals, but he should have done better there and at least hit the target.

We’re underway at the Ahmadou Ahidjo Stadium in Yaounde…

A reminder of the teams tonight

… and now the national anthem of Sudan

First up it’s the national anthem of Egypt

Speaking ahead of the game, their forward Mohamed Abdel Rahman said: “We lost against Egypt in the FIFA Arab Cup, but this is a different competition and each match has its own circumstances.

“The Egyptian team is great, and I know all their players.

“This is a special derby for us. In Sudan we have great confidence in ourselves.

“I hope to do our best to win and qualify for the next stage.”