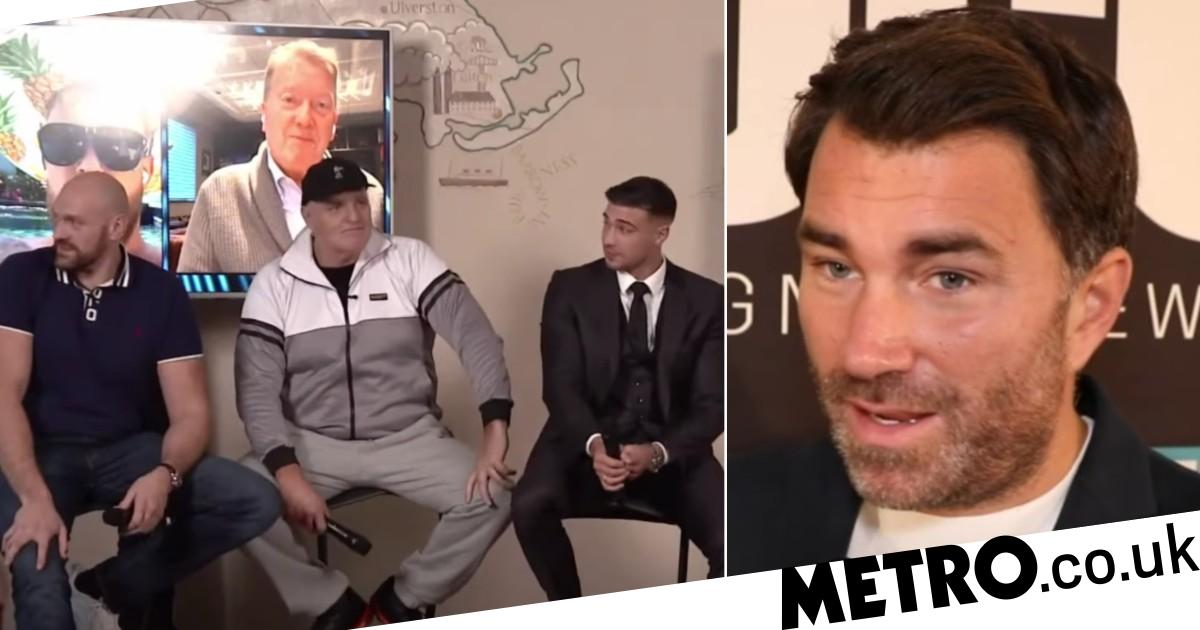 The press conference to promote the fight between Fury and Paul, which is scheduled to take place on December 18, quickly spiralled out of control with Tyson Fury and John Fury, Tommy’s father, hurling insults at the American YouTuber.

Paul accused John Fury of being a ‘nobody’ and claimed he was living off his sons’ achievements.

Fury later told Paul: ‘You know when Tommy knocks you out, he’s gonna bend your girlfriend over and do her like a dog.’

BT Sport later apologised for the press conference, acknowledging that it ‘included a number of offensive and unacceptable comments, some of which has led to further online abuse’.

And Hearn, who promoted a YouTuber fight between KSI and Jake Paul’s brother Logan, says the press conference was a ‘bad look for boxing’.

‘I thought it was disgusting to be honest with you. You’ve got the younger generation watching that,’ Hearn told iFL TV.

‘Even, actually, for one time I felt a little bit for Frank Warren because I’ve been there on a much less cringe stage with KSI and Logan Paul.

‘Frank was embarrassed. The language is terrible. I like beef, I love it, but for me it’s a bad look.

‘It was disgusting, it was tasteless, the language was terrible but me saying that it’s, ‘oh it’s Eddie, it’s just because he’s not involved in the event’.

‘I am over the moon that I am not involved in that. Trust me.

‘The fight’s not bad, I don’t mind it, but the production and everything was so bad.

‘It’s a bad look for boxing, BT knows that and Frank knows that, we know that – but it’s none of my business.’