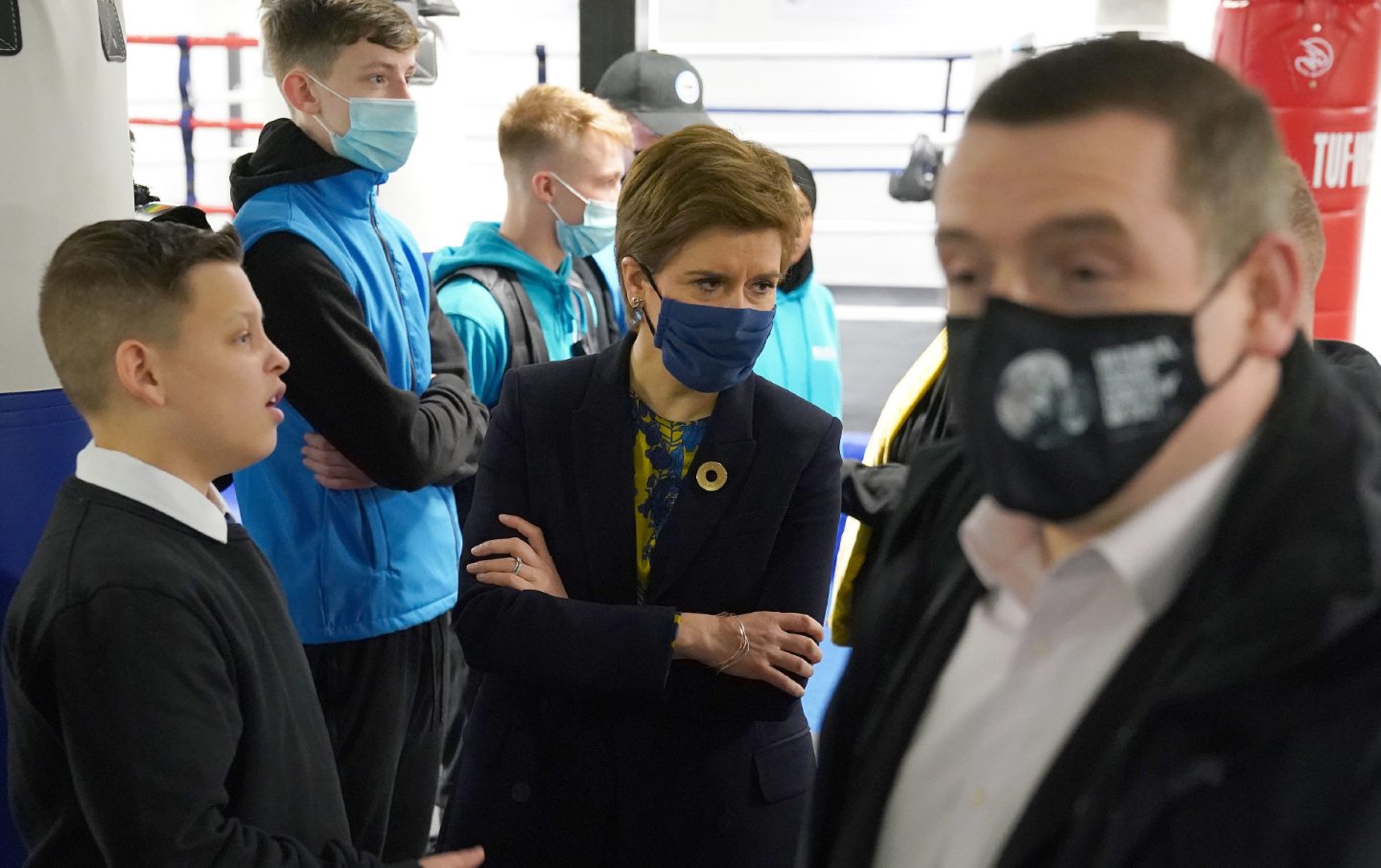 Scottish Conservative leader Douglas Ross has backed Dundee as the potential test site for a drug consumption room after being moved by charity workers and people in recovery to shift his position.

The trip, which was described as a “breakthrough” by Mr Ross and the first of its kind since devolution, saw the first minister and leader of the opposition come together to tackle drug deaths after a series of fiery exchanges.

Before the visit, the Scottish Tory leader dropped his party’s outright opposition to drug consumption rooms and said he would not stand in the way of the Scottish Government launching a pilot scheme.

The facilities allow drugs to be used under the supervision of trained staff.

They have been operating in some other European countries for the past three decades.

Staff aim to reduce overdoses, stop the spread of diseases and connect users with addiction services.

The Scottish Government wants to run its own scheme but the UK Government has resisted calls for an exemption to current drug laws, controlled at Westminster.

Mr Ross, who as Scottish Conservative leader could act as a bridge between Holyrood and the UK Government on drug legislation, is set to hold further talks with UK policing minister Kit Malthouse.

The worst was going to a young farmer’s dance and probably drinking too much but I’ve never taken drugs in my life.”

– Douglas Ross answers questions about his past

A total of 1,339 deaths in Scotland last year were attributed to drugs, up from 1,264, and Dundee has consistently held one of the worst records in the country.

Speaking following the visit on Monday, Mr Ross said he would “absolutely” get behind the City of Discovery being chosen as a pilot site.

He said: “I think if you look at Dundee and Glasgow in particular, these are areas that have been highlighted before.

“Dundee, in particular, has been struggling with this issue for far too long and it may be that Dundee is an area that the Scottish Government would look to run this pilot.

The Scottish Conservative leader said his journey on the issue had been “very much” shaped by speaking to charity leaders and people with lived experience of recovery.

Asked if he had taken drugs in the past, Mr Ross said: “I think I’m right in saying that the answer is no and I don’t think I have ever actually been asked that before.

“I clearly don’t look like someone who you even need to ask that question. I led quite a sheltered life I would say, on the farm.

“The worst was going to a young farmer’s dance and probably drinking too much but I’ve never taken drugs in my life.”

My wife is a police officer. The policing side still gives me really serious concerns.

He paid particular tribute to Annemarie Ward, of Faces & Voices of Recovery UK, who has worked closely with his party on its Right to Recovery Bill.

“She has convinced me of the need to at least get more evidence on drug consumption rooms and how they would work in Scotland,” Mr Ross said.

“I’ve been very honest about this in the past. My wife is a police officer. The policing side still gives me really serious concerns.

“But how do I articulate those concerns if I’m not even willing to have a pilot in place to see how it would work in practice in Scotland?”

Mr Ross and Ms Sturgeon agreed to “put politics aside” for their visit to Bluevale Community Club.

The SNP leader said she is “absolutely open minded” about backing the Tory bid to enshrine a right to recovery in law.

Ms Sturgeon said her government had committed “significant additional investment” to tackling drug deaths but added that she would “readily acknowledge there is much more that we need to do to turn around what is an unacceptable toll that drugs are taking on communities”.

She said: “That is about faster access to treatment, it’s about extending rehabilitation, both residential and non-residential, it’s about supporting facilities focused on recovery and making sure we are seeing all these services in an integrated and joined-up way.

“Because behind all the discussion and terminology we are talking about human brings, real people and real families that are being torn apart by drugs.”