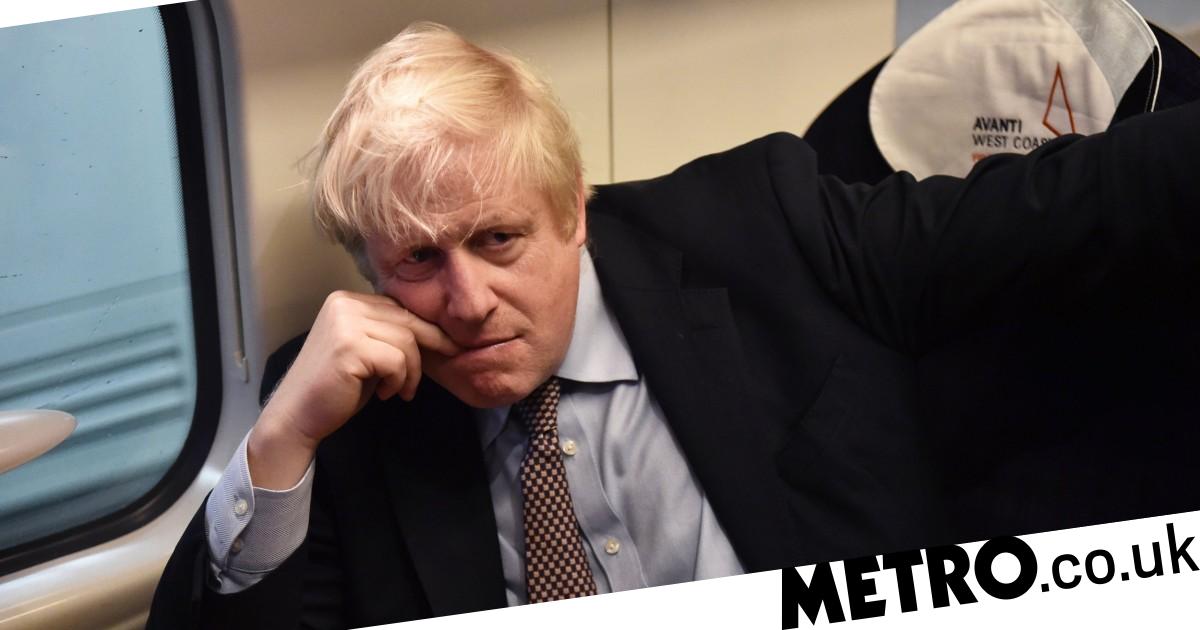 Fears are said to be growing that Boris Johnson is ‘losing his grip’ as Prime Minister amid claims his premiership is ‘not just working’.

The Conservative leader has lurched from crisis to crisis in the past seven days, facing criticism after coming unstuck during a ham-fisted speech on Monday morning when he ‘rambled’ about Peppa Pig World, made vroom vroom engine noises and compared himself to Moses.

The bizarre speech prompted one journalist to ask Mr Johnson ‘is everything ok?’

And furious MPs are said to have been ‘appalled’ by his address to business leaders – as they likened him to bumbling TV character Mr Bean.

Hours later a senior Downing Street source apparently said: ‘There is a lot of concern in the building about the PM…It’s just not working’.

The source is said to have told BBC political editor, Laura Kuenssberg: ‘Cabinet needs to wake up and demand serious changes otherwise it’ll keep getting worse.

‘If they don’t insist, he just won’t do anything about it.’

Ms Kuenssberg also tweeted how MPs were ‘worried last week that No10 was losing its grip’, adding: ‘not sure any of them will feel better if they were watching this morning’s speech’.

Labour mocked Mr Johnson for the ‘shambolic’ address – which saw him beg the audience to ‘forgive me’ three times after he lost his place, eventually continuing after 30 seconds of awkward silence.

But he insisted: ‘I thought it went over well.’

The Prime Minister also used his address to defend his social care reform plan, describing it as ‘incredibly generous’ as he desperately tried to avoid a backbench rebellion.

‘We are addressing a longstanding social injustice and it will benefit the people of this country,’ he said.

But some Conservatives have warned they will not support the new policy to cap care costs in England, which critics argue has been watered down.

Many are angry the least well-off could still have to sell their homes to pay for care.

The Government announced in September it would cap care costs at £86,000 from October 2023.

But in a policy paper unveiled last week, it said only personal contributions would be counted – and not financial support from their local authority.

Mr Johnson was backed into a corner over the sleaze scandal and attempts to scrap an amendment to save disgraced MP, Owen Paterson.

He also issued an apology for not covering his face during a hospital visit – but then sparked fury after appearing maskless again on a crowded train.

And the PM also came under fire from his own MPs for ‘betraying’ the North over derailed plans to upgrade the region’s transport networks.

He was accused of letting down new ‘Red Wall’ voters who helped 50 new Tory MPs gain power in traditional Labour-held seats in the 2019 election.

Transport Select Committee chair Huw Merriman said Mr Johnson selling ‘perpetual sunlight and then leaving it to others to explain the arrival of moonlight’.

Meanwhile Keighley MP, Robbie Moore, told how he was ‘deeply disappointed’ by the new infrastructure plans which ‘completely short-changed’ his constituents.

But Transport Secretary Grant Shapps insisted journey times will still be slashed – despite large stretches of high-speed rail lines planned between Yorkshire, the Midlands and the North West being axed.

Responding to the backlash, Transport Secretary Grant Shapps said: ‘This will have been the only time in history when massively improving everybody’s rail services would have been counted as a betrayal.’

The embattled PM faces a further headache after American businesswoman Jennifer Arcuri offered to hand her diary to officials and be questioned over their alleged ‘affair’, it emerged at the weekend.