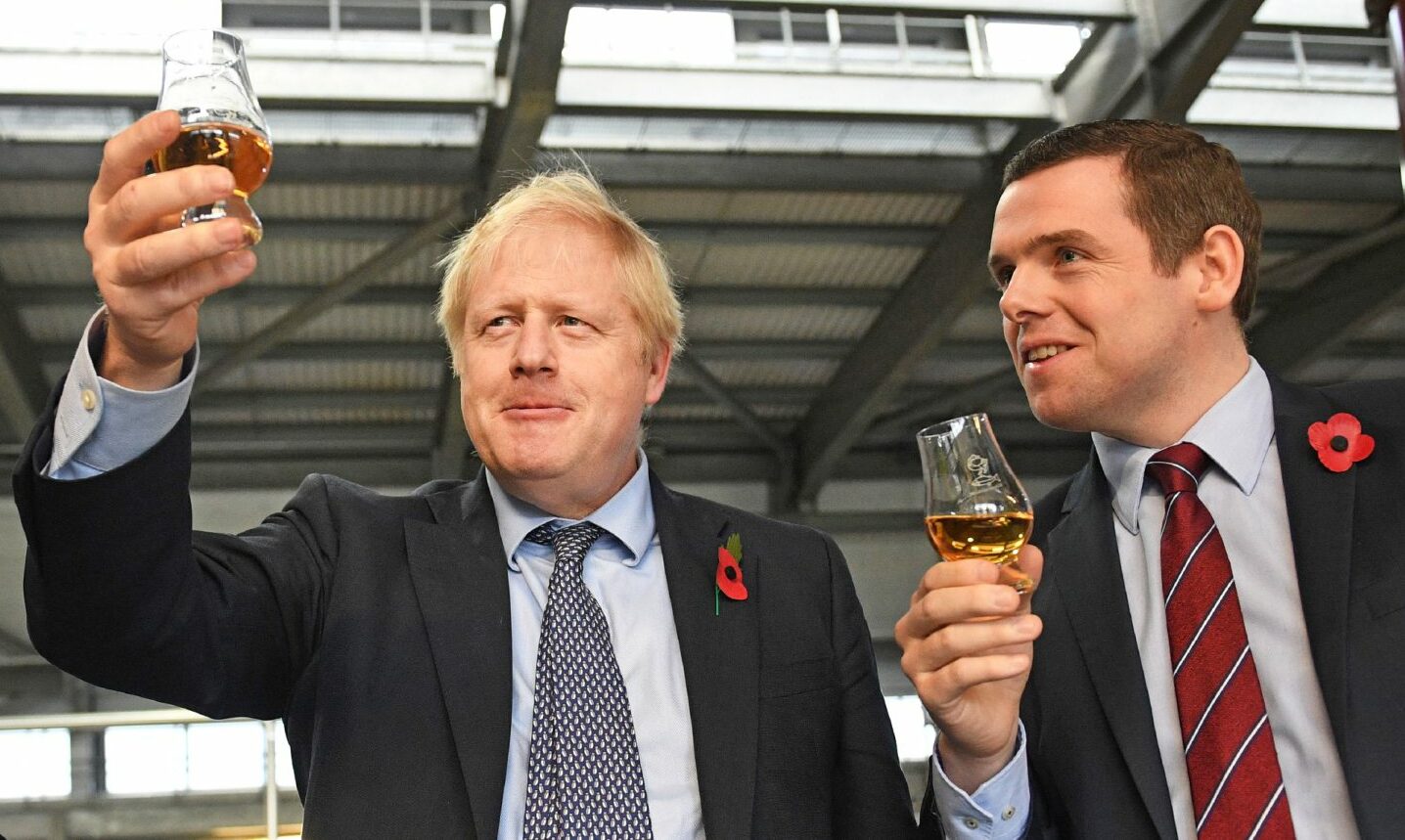 In a significant intervention, the Moray MP said the prime minister should tell the public immediately whether he attended a garden party during national Covid restrictions on May 2020.

He told Sky News that “it’s not pre-judging” the investigation being carried out into allegations of parties if Mr Johnson confirms whether he was at the event, adding “we should hear the answer now”.

Mr Ross broke his silence after being accused of “going into hiding”.

He said he knew nothing about the party until he saw the reports on Monday night but that he was “furious”.

He added that if Mr Johnson has breached his own guidance and has misled parliament then he “must resign”.

Mr Johnson earlier sent a junior minister to the Commons to face angry calls for his resignation, after claims he attended a party in the Downing Street garden during lockdown.

But he will be forced to face the music when he appears at Prime Minister’s Questions on Wednesday.

First Minister Nicola Sturgeon told MSPs on Tuesday: “People across the country were aghast at the revelations about Downing Street’s conduct.

“I don’t think it will surprise anybody to hear my view that the office of prime minister would be greatly enhanced by Boris Johnson’s departure from it.

“But more importantly at this time, I think the interests of the UK would be enhanced by that as well.”

An email, published on Monday evening showed 100 staff were invited to bring their own drink to the outdoor party in the Downing Street garden on May 20 2020 while ordinary members of the public were banned from socialising in groups outside.

Ruth Davidson slammed the prime minister and said people are “rightly furious” over the revelations.

This line won’t survive 48 hrs. Nobody needs an official to tell them if they were at a boozy shindig in their own garden. People are (rightly) furious. They sacrificed so much – visiting sick or grieving relatives, funerals. What tf were any of these people thinking? https://t.co/bsxJzdvp6N

SNP Westminster leader Ian Blackford called for the prime minister “to do the decent thing and recognise that he ought to resign”.

He said: “The harsh reality is that people around these islands watched loved ones dying, and missing funerals, and the PM and his staff partied behind the walls of his private garden.”

Scottish Labour leader Anas Sarwar wrote to Mr Ross demanding that he join calls for the prime minister to resign.

In his letter he said the “latest revelations put it beyond any doubt that the prime minister was aware of and complicit in blatant breaches of Covid laws, and misled parliament on the matter.”

It’s understood Mr Johnson attended the bash with his wife at a time when the UK remained under strict Covid lockdown rules but he has refused to comment on whether he was there when questioned by reporters.

Mr Johnson came under pressure last month after it emerged staff held a Christmas party while the country was under Covid-19 curbs.

The PM’s former spokeswoman Allegra Stratton sensationally quit after being filmed joking about it with fellow aides at a mock press conference.