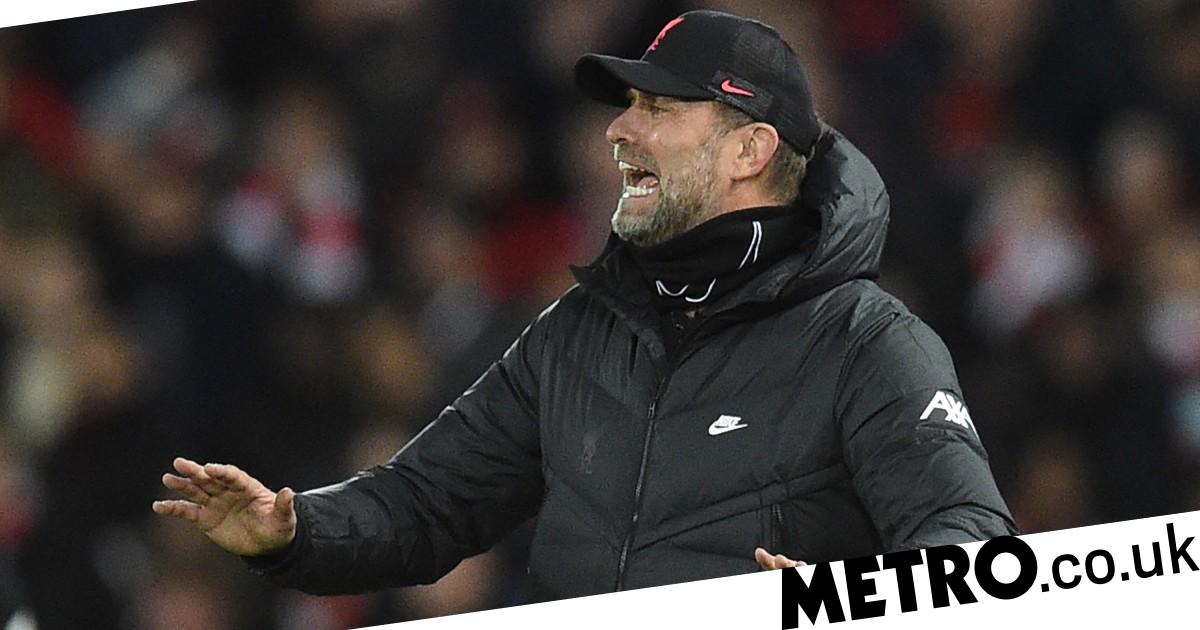 Liverpool came from a goal down to record a 3-1 win over Newcastle at Anfield to ensure they keep their title challenge on track.

Goals from Diogo Jota, Roberto Firmino and Alexander-Arnold were enough to see off the Magpies but the latter’s strike from distance had everyone talking at full-time.

The right-back received the ball 25 yards out and hammered in a thunderbolt which flew into the top corner as Martin Dubravka got a hand to it but the power of the shot proved too much.

The stunning effort three minutes from time certainly impressed his manager as he gave his verdict on Liverpool’s display.

‘We used in preparations more Bournemouth than Newcastle for analysis,’ he said.

‘We won 2-1 last time Eddie Howe was here with Bournemouth after they scored another goal. We expected similar things. They made life hard for us.

‘Being 1-0 down changed the mood a bit. We were rushing in moments. We scored really good goals. I’m really pleased in this period of the year when you just have to get through games.

‘I said it was the best long ball he [Trent Alexander-Arnold] played today. It was a stunner, unbelievable. His shooting technique is different level.

‘In games like this the main thing is staying positive and offensive-minded. Take a chance.’

Alexander-Arnold’s rocket was only his second goal of the season but he is no stranger when it comes to shooting from distance.

He was the first to admit he’s been waiting a while for one of those to hit the back of the net.

‘We limited them to little chances. We knew we’d dominate possession and they’d make it hard for us,’ he said.

‘It was always going to be a difficult one. The early goal made it harder.

‘Three points at this time of the season is vitally important.

‘I’ve been waiting for that [type of goal] for five years. I’ve had a few ones from the edge of box and dragged them.

‘I’ve caught that one sweet and it nestled in the top corner, a sweet strike and put the game to bed.’