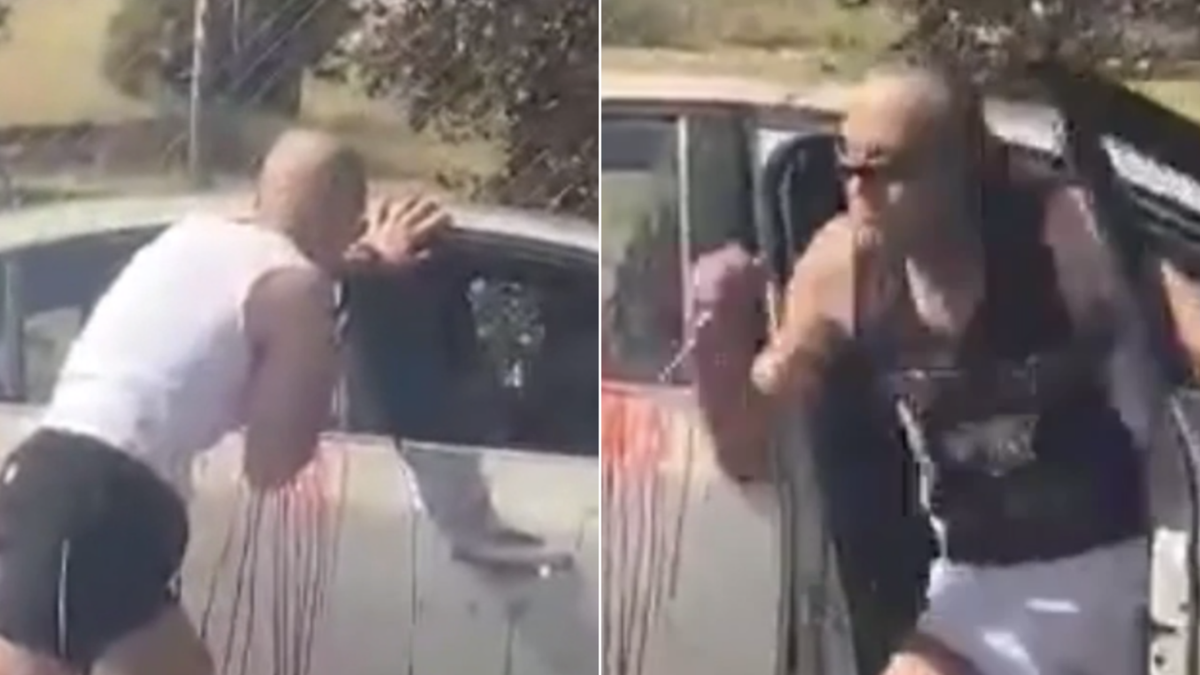 A driver has been left bloodied after a brutal road rage attack spilled on to the side of a busy road in Melbourne’s west.

Police were called to the intersection of Ballarat Road and Station Road in Deer Park on Sunday afternoon after a fight allegedly broke out between two men.

In video taken of the confrontation, as seen in the player above, what appears to be blood is seen down the side of a car, in which a man is sitting.

A woman is then seen appearing to attack the man with a shovel before a second man is seen stepping up with the handle of another object.

He then appears to strike the first man with the object before punching him multiple times.

Despite the attack, one of the men drove himself to hospital.

The second man was picked up by police at the scene.

7NEWS understands the attack was a domestic confrontation.

Police are investigating the fight.

No charges have been laid.

If you or someone you know is impacted by sexual assault, domestic or family violence, call: