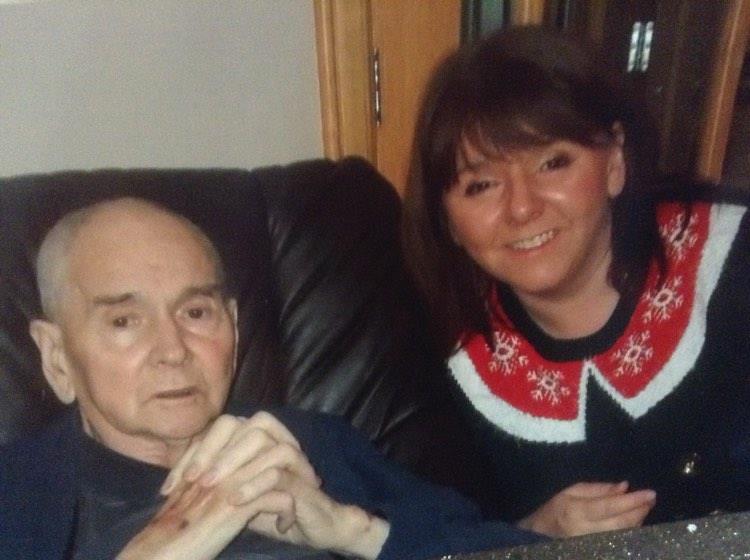 Wendy Macdonald recounts how her dad suffered with pain and her mum “begged” to travel the Dignitas clinic in Switzerland to end her life.

The traumatic experiences left her convinced Scotland needs to change the law on assisted dying.

People up and down the country are being asked whether or not they agree.

This is the third time a bill to legalise assisted dying has been brought forward in Scotland. The first two failed and the law was never changed.

Liam McArthur MSP’s Assisted Dying for Terminally Ill Adults (Scotland) Bill looks to give people the right to choose how and when they die, if they are terminally ill but still mentally competent.

However, many families have told us why they want to see this legalised, after watching their loved ones suffer in death.

‘It was an informed decision’

Wendy, from Elgin, spoke in support of a change in the law after the death of her father, the late Moray councillor Ronnie Sim.

Ronnie died on March 1 2015 after he decided to stop his regular renal dialysis treatment.

He travelled back and forward to Raigmore Hospital in Inverness two to three times a week for dialysis.

Wendy said: “When dad got into his 70s he got quite ill with his dialysis.

“He was between a rock and a hard place and he decided he had had enough.

“He was in and out of hospital more than he was at home, so he decided to stop his dialysis.

“This was an informed decision and he knew when he stopped it, it would be the end of his life – he knew he would die.

“We discussed this with social workers and the doctors at the hospital, and he stopped his dialysis and came home to die.

“That sounds peaceful and at first it was, he was eating sandwiches and chatting, but then it went downhill.

That sounds peaceful, and at first it was, but then it went downhill. It was not a pleasant death, he struggled.

“I was his main carer and I slept in a deckchair at his bedside.

“He would not have wanted us to go through that and he didn’t believe he would suffer as much as he did.

“It was more painful and drawn-out than it needed to be.”

Mum begged to go to Dignatas

Wendy’s mum Isobel had also spoken to her of assisted dying before she died after complications from an operation.

She said: “On the other side my mum died before dad did and was very ill.

“She went in for an operation and never came out.

“She had never been abroad, but she was begging us to take her on a plane to go to Dignatas in Switzerland.”

After watching her mum and dad dying, Wendy is now keen to see assisted dying legalised in Scotland.

She added: “Dad genuinely wanted to die so I believe this assisted dying bill will be helpful.”

She continued: “No one wants their parents to die, but I respected the decision to support my dad through that small window between him living and dying.

“I totally believe everyone should have a choice in that situation.”

Following her parents’ deaths, Wendy changed career to become a healthcare support worker, where she saw just how much care and support goes into a patient who is dying.

She added: “People go in and visit their loved ones and see they are well looked after, but they don’t see what goes on behind the scenes.

“When someone dies in hospital people are completely unaware of how much care they need.”

Members of the public can have their say on the proposed law change until December 22.