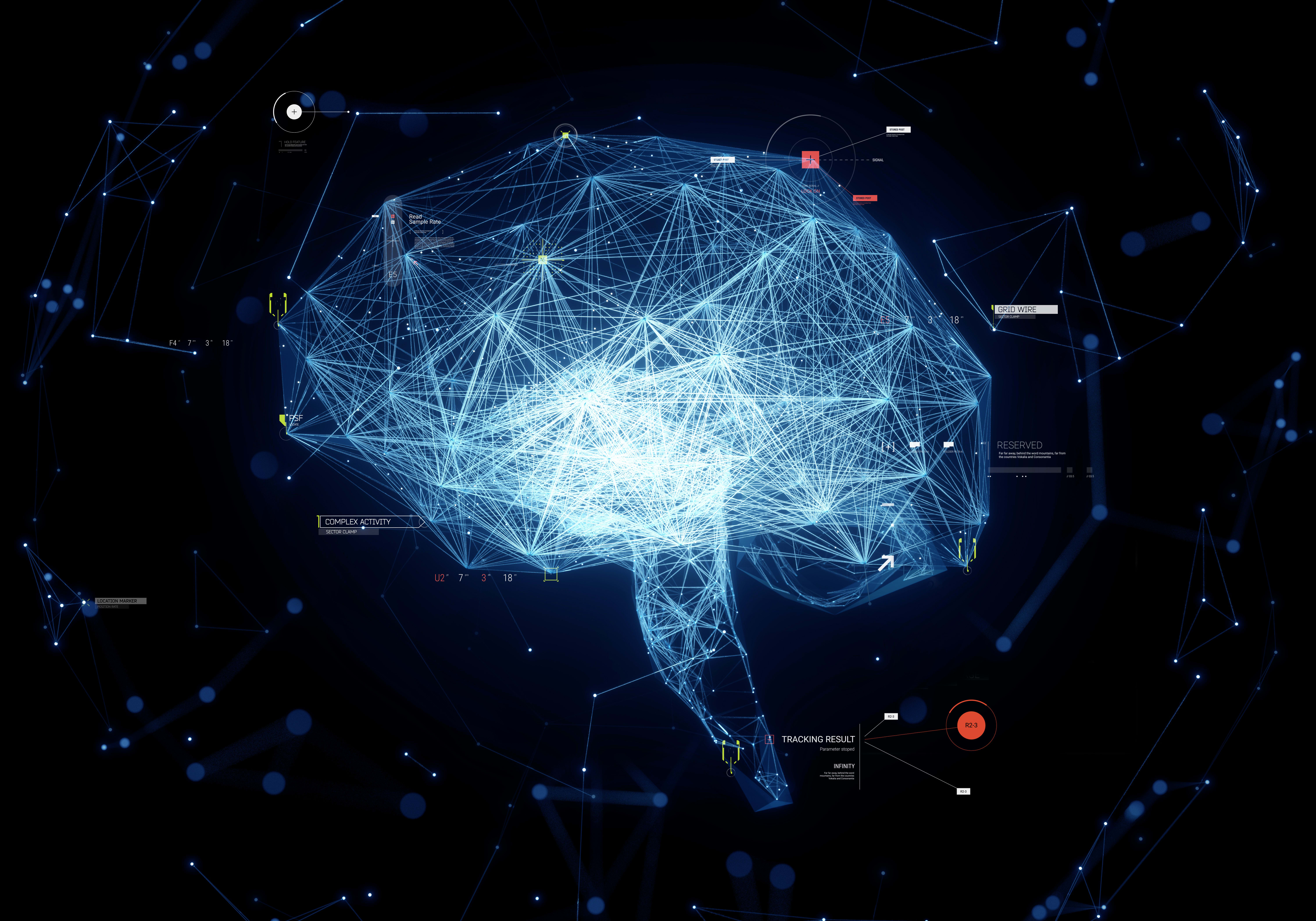 When it comes to the brain disorders that occur with ageing, Alzheimer’s, Parkinson’s and Huntington’s diseases, there is no cure. The illnesses are debilitating for the patients and those who care for them. As our population ages, the rate of brain disorders will rise. As a rapidly growing number of people requiring require significant and continual healthcare, New Zealand faces a ticking time bomb of soaring healthcare costs and personal anguish.

By 2030, dementia alone, is predicted to add $2.7 billion to the cost of health care in New Zealand. Nor do dollars adequately measure the emotional and psychological strain experienced by the patients and their loved ones. A joint statement by the heads of the Royal Societies of the G7 nations in 2017 warned that neurodegenerative diseases in the ageing populations of the West represented a health and social challenge on the scale of AIDS and cancer. Their estimate was that by 2050, 135 million people will be living with Alzheimer’s in the G7 nations, with the economic cost in the United States alone estimated to be US$1 trillion a year.

Bronwen Connor, a former national representative rower turned professor of pharmacology at the Faculty of Medical and Health Sciences at the University if Auckland, has spent more than 20 years working on brain disorders.

Much of what she and other researchers know about the impact of neurodegenerative disease relies on the investigation of donated postmortem brain tissue. The Neurological Foundation Human Brain Bank at the Centre for Brain Research at the University is the only source of human brain tissue for New Zealand researchers seeking insight into complex brain disorders. But there is a caveat.

“No matter what the disease is, the donated tissue tends to be in the later stages of disease. So, you’re looking at the cells that remain. They might not be giving you the proper story. You can’t see the process of disease because it’s just a snapshot in time,” she says.

She wanted a better way to develop drugs because the present system does not work that well. The best estimate is that between 10 and 15 percent of new drug treatments make it to successful stage three human clinical trials. Expressed another way, up to 90 percent of potential new drugs, once thought promising, fail. While all research adds to the sum of knowledge, the odds of finding effective new drugs for brain disorders through the traditional drug pathway is low.

One reason for this is that traditionally new drugs are trialled on animal models. Rat and mice brains offer valuable insight but can only take researchers so far. What might work in a mouse, does not necessarily work in a person. Laboratory animals are bred to be genetically similar, so as a model to test disease, they do not reflect the diversity and complexity of issues experienced by people with neurodegenerative disorders. Clinicians say that if six people are diagnosed with Parkinson’s, each will have a unique set of symptoms and issues. It is one of the reasons for the high failure rate in drug development.

Bronwen likes to call her game changer, the ‘crazy’ idea. Thinking about the two problems she faced as a researcher, she thought of a way to bypass these hurdles.  Simply stated, her idea was: why don’t we figure out how to re-programme adult skin cells to become precursor neuron cells?

To understand the novelty of this idea requires a quick run through the history of human stem cell research. Until recently the idea of re-programming a human cell might as well have been a plotline from Star Trek. The received wisdom was that a cell’s fate was set in stone. A human blood cell would always be a human blood cell. Then, in the 1980s, scientists figured out how to grow embryonic stem cells from mice. Embryonic stem cells are pluripotent, which means they can become any sort of cell depending on how they are programmed.

The next big breakthrough was to take the research on mice and grow human embryonic stem cells in the laboratory, which first happened in 1998. This created new possibilities for cell-based therapies to treat practically any disease or disorder but also opened a can of ethical worms. The stem cells are harvested from human embryos, created through in vitro fertilisation which are destroyed in the process. Due to ethical concerns funding for human embryonic stem cell research dried up in many countries.

Then in 2006 Japanese researcher Shinya Yamanaka earned headlines in the New York Times and major news outlets. He had come up with a technique to transform human skin cells into embryonic stem cells. Bronwen was attending the conference where Yamanaka first publicly announced his discovery. “He gave his presentation and there was stunned silence. People couldn’t believe it or get their head around it. It was completely unheard of that you could programme the production of embryonic stem cells.”

Then, in 2011, Marius Wernig, an American researcher, figured out how to skip the development of embryonic stem cells. He showed it was possible to directly produce adult neurons or brain cells by reprogramming skin cells. Yamanaka’s research earned him the Nobel Prize for physiology or medicine in 2013. He and Wernig remain celebrated pioneers in stem cell research. But each discovery on its own was not going to help Bronwen’s research into neurodegenerative disorders.

She did not want human embryonic stem cells. On the face of it, scientists could grow embryonic stem cells from a patient’s own skin and programme them to become brain cells. Potentially, the new brain cells could be transferred to a patient’s brain to replace neurons destroyed by disease.  But embryonic cells are pluripotent, they can be any cell subject to the right programming and they continue to multiply. If even one of the cells transferred to a patient remained a pluripotent embryonic cell, it would continue to ‘proliferate’ or grow within the brain, resulting in a tumour. Bronwen knows this because she and her team tried this with rats and while the transferred neurons survived in the majority of the rats’ brains, about one quarter of the animals began to develop brain tumours, a cure potentially worse than the disease.

Bronwen also did not want the adult neuron cells produced by Wernig’s research. Adult brain cells are in their final stage. They no longer grow new connections, so as a potential cell replacement therapy, it was unlikely that they would adapt to a patient’s brain. “What you want is a developing neuron, which still hasn’t made all their connections, and is responsive to the cues and signals in the new brain.” Bronwen wanted neither the embryonic nor the adult cell, she was after the human brain cell at its ‘teenager’ stage.

For their reprogramming, Yamanaka used embryonic genes, Wernig adult genes. Bronwen’s hunch was to try two genes, SOX2 and PAX6, expressed in cells at the point when the neural tube first forms, the first stage in the development of the human nervous system. She also knew that she could not use the standard method for gene therapy, viral vectors, where genes attached to a virus, are introduced into a cell.  When they do this, the viruses insert themselves into the DNA which can result in mutations. While not an issue for research into the mechanism of gene programming, Bronwen’s eye was on the goal for patients. If the research was to lead to potential clinical therapies to improve patients’ lives, a technique that leads to genetic mutations was not a goer.

So, the team resorted to a simpler gene therapy technique plasmid cDNA, where essentially researchers open a cell and physically ‘pump’ in the desired genes to spark reprogramming.

This story has more than a hint of David and Goliath. Three people in a small laboratory far from the powerhouse nations of science decide to take on some of the biggest science institutions in the United States, Japan and South Korea, with serious money and large teams of researchers.

The Auckland team had some space and not much money but wanted to give it a go. When the lab team came up with something, Bronwen’s first reaction was, “You must be joking. It’s only been two months.”

The adult skin cells had accepted reprogramming. Under the microscope they were dividing. “They formed these little colonies of cells, like balls of cells.” They ran a check on the cells. They had managed to transform human skin cells into precursor brain cells. The crazy idea had delivered the game changer.

Bronwen is amused when asked the source of the adult skin cells. The team sources their samples from an American company. The samples are all from facial and abdomen tissues and come with the donor’s patient history. For the team it was a pragmatic decision. They needed to get going and had no time to gain ethics approval to take skin cells from patients.

“We were wondering why we also had the body mass index (BMI) for each sample. We did a bit of digging and the source is cosmetic surgery clinics. The skin cells are from face lifts and tummy tucks in America,” she says.

The process was patented by the University of Auckland’s commercial arm, UniServices after the research was published in 2012. The work did not stop there. The technique has had to be refined and the next logical steps are underway.

“We have vastly improved it so we can now make specific lineages. We don’t just make neural precursor cells.” The laboratory can now produce a broad range of specific neuron types and the initial gene transfer technique has been changed so that we know almost 100 per cent of the cells reprogrammed will survive.

“This is the way to go. We have set it up so that if we find a suitable candidate for cell replacement therapy, with these cells, we can go straight to clinical trials.”

The next step is to see if this leads to improvement in the symptoms of the disease.

Bronwen says, “We want to see if our cell transplants are actually resulting in motor function improvement for the animals in the trial and then we want to see how we can take this further. The goal is to get to a clinical trial for this technique.”

This is a globally significant breakthrough. The impact of brain disorders is global and new ways to treat them are needed soon. There is already strong interest from international collaborators.

“But I would want New Zealand to continue to be a part of this. We have really active support from the local Parkinson’s and Huntington’s communities. We have neurosurgeons that are familiar with Deep Brain Stimulation (implanting electrodes into the brain) so we could transplant the brain cells.”

New Zealand scientists and clinicians have the creativity, skills and experience to develop a brain cell replacement therapy and trial it right here.

Meantime there is plenty to be going on with. The Lab has built human cell models for Parkinson’s, Huntington’s and Fragile X syndrome. They are testing potential new drugs on the Huntington’s models. Researchers looking at other disorders are also involved, with work in planning to look at spinal cord disease and multiple sclerosis.

But the main reason for her work remains. Bronwen says, “We’re about to hit crunch time. In the next five to 10 years, we will see the numbers of people with neurological disorders needing significant care increase astronomically. We need the ability to reduce the progression of these diseases, so people can stay in their own homes and continue to live as independent and good a life as possible.”