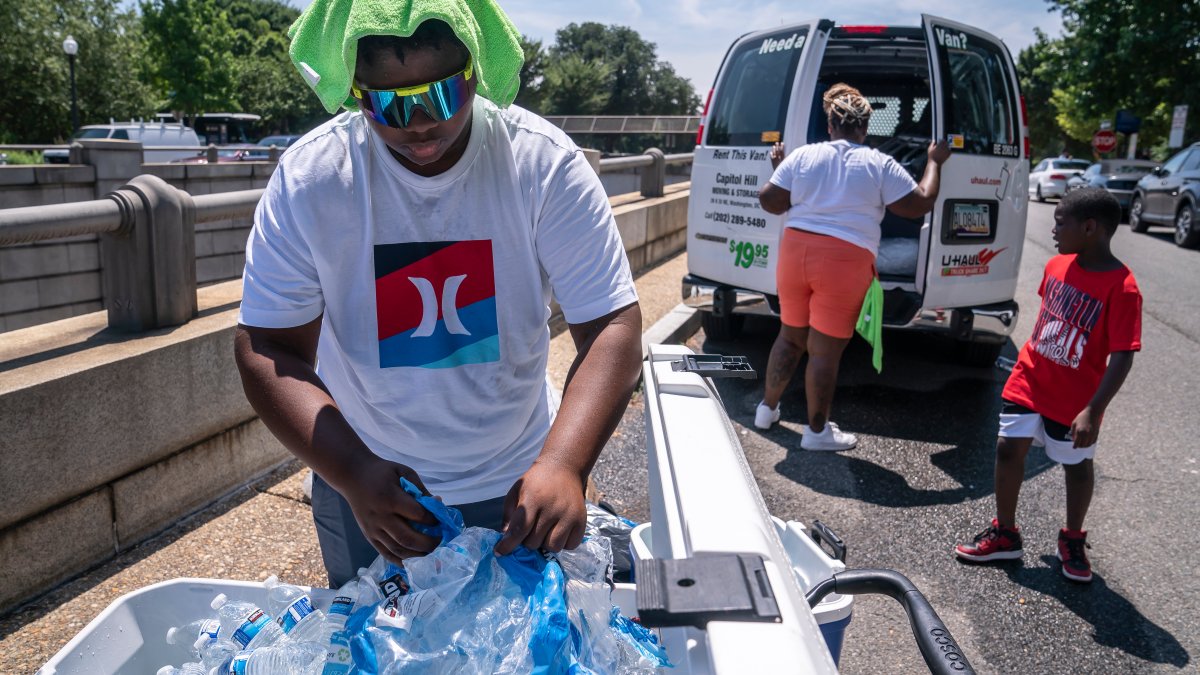 In 1998, as nations around the world agreed to cut carbon emissions through the Kyoto Protocol, America’s fossil fuel companies plotted their response, including an aggressive strategy to inject doubt into the public debate.

“Victory,” according to the American Petroleum Institute’s memo, “will be achieved when average citizens ‘understand’ (recognize) uncertainties in climate science… Unless ‘climate change’ becomes a non-issue… there may be no moment when we can declare victory.”

The memo, later leaked to The New York Times that year, went on to outline how fossil fuel companies could manipulate journalists and the broader public by muddying the evidence, by playing up “both sides” of the debate and by portraying those seeking to reduce emissions as “out of touch with reality.”

Nearly 25 years later, the reality of a changing climate is now clear to most Americans, as heatwaves and wildfires, rising sea levels and extreme storms become more common.

Last week, President Joe Biden announced moves intended to expand offshore wind, though he stopped short of declaring a national climate emergency. A Supreme Court ruling last month limited the federal government’s ability to regulate carbon emissions from power plants, meaning it will be up to a divided Congress to pass any meaningful limits on emissions.

Even as surveys show the public generally has become more concerned about climate change, a sizeable number of Americans have become even more distrustful of the scientific consensus.

“The tragedy of this is that all over social media, you can see tens of millions of Americans who think scientists are lying, even about things that have been proven for decades,” said Naomi Oreskes, a historian of science at Harvard University who has written about the history of climate change disinformation. “They’ve been persuaded by decades of disinformation. The denial is really, really deep.”

And persistent. Just last month, even with record heat in London, raging wildfires in Alaska and historic flooding in Australia, the Science and Environmental Policy Project, a pro-fossil fuel thank tank, said all the scientists had it wrong.

“There is no climate crisis,” the group wrote in its newsletter.

Years before COVID-19 set off a wave of misinformation, or former President Donald Trump’s lies about the 2020 election helped spur an insurrection at the U.S. Capitol, fossil fuel companies spent big in an effort to undermine support for emissions reductions.

Now, even as those same companies promote investments in renewable energy, the legacy of all that climate disinformation remains.

Americans are already facing a shortage of 4 million housing units, but climate change is going to make it a whole lot worse. Real estate experts say climate threats will make it harder to afford to live in cities across the U.S. as wildfires, floods and storms turn up the pressure on an already unsustainable housing market.

It’s also contributed to a broader skepticism of scientists, scientific institutions and the media that report on them, a distrust reflected by doubts about vaccines or pandemic-era public health measures like masks and quarantines.

“It was the opening of a Pandora’s Box of disinformation that has proven hard to control,” said Dave Anderson of the Energy and Policy Institute, an organization that has criticized oil and coal companies for withholding what they knew about the risks of climate change.

Starting in the 1980s and 1990s, as public awareness of climate change grew, fossil fuel companies poured millions of dollars into public relations campaigns denouncing the accumulating evidence supporting the idea of climate change. They funded supposedly independent think tanks that cherrypicked the science and promoted fringe views designed to make it look like there were two legitimate sides to the dispute.

Since then, the approach has softened as the impact of climate change has become more apparent. Now, fossil fuel companies are more likely to play up their supposedly pro-environmental record, touting renewables like solar and wind or initiatives designed to improve energy efficiency or offset carbon emissions.

Aggressive approaches to address climate change are now dismissed not on scientific grounds but on economic ones. Fossil fuel companies talk about lost jobs or higher energy prices — without mentioning the cost of doing nothing, said Ben Franta, an attorney, author and Stanford University researcher who tracks fossil fuel disinformation.

The impact of that history is reflected in public opinion surveys that show a growing gap between Republicans and other Americans when it comes to views on climate change.

Climate change makes extreme weather more frequent and intense, and heat waves are no exception. Each day. Climate Central’s new Climate Shift Index shows you where weather patterns are most connected to climate change. Climate storyteller Chase Cain joins LX News host Marcel Clarke to show the index and how it depicts Texas and New Mexico during this heat wave.

While the percentage of overall Americans who say they’re concerned about climate change has risen, Republicans are increasingly skeptical. Last year, Gallup found that 32% of self-identified Republicans said they accepted the scientific consensus that pollution from humans is driving climate change, down from 52% in 2003.

By comparison, the percentage of self-identified Democrats that say they accept that human activities are leading to climate change increased from 68 to 88 over the same time period.

Fossil fuel companies deny any intent to mislead the American public and point to investments in renewable energy as evidence that they take climate change seriously.

ExxonMobil CEO Darren Woods told members of Congress last fall that his company “has long acknowledged the reality and risks of climate change, and it has devoted significant resources to addressing those risks.” ExxonMobil’s public claims about climate change, he said, “are and have always been truthful, fact-based … and consistent” with mainstream science.

Asked about its role in spreading climate misinformation, a spokesman for the Southern Company pointed to recent expansions in renewable energy and initiatives meant to offset carbon emissions.

The 1998 “victory memo” laying out the industry’s strategy was created by the American Petroleum Institute. In a statement emailed to The Associated Press, API spokesperson Christina Noel said the oil industry is working to reduce emissions while also ensuring access to reliable, affordable energy.

“That’s exactly what our industry has been focused on for decades,” Noel said. “Any suggestion to the contrary is false.”

The 1998 memo is one of several documents cited by climate activists and some Democratic lawmakers who say they could be used to hold them legally responsible for misleading ratepayers, investors or the general public.

“It’s time for these companies to answer for the harm they have caused,” said Rep. Ro Khanna, D-California.

Republicans, however, have said Democrats want to focus on climate misinformation to distract from failed environmental policies that are driving up gas and energy costs.