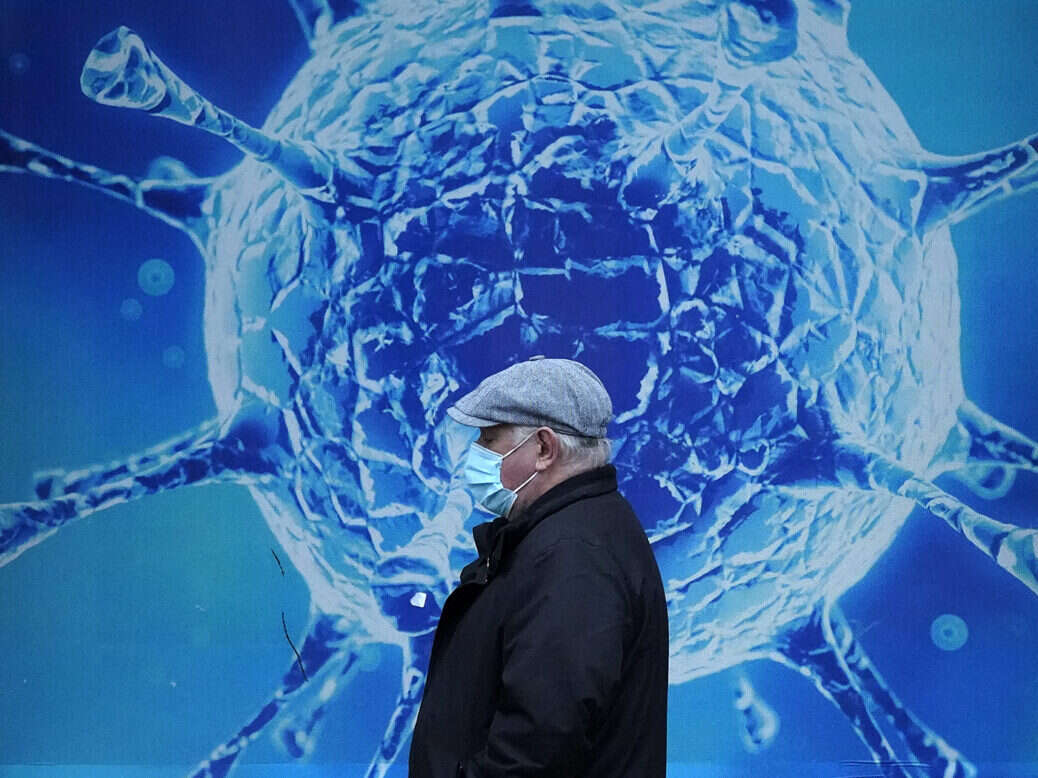 As recently as 15 November, the government’s top pandemic advisers were expecting a relatively smooth run-in to Christmas, with Covid deaths and hospitalisations expected to remain stable or fall. The arrival of the omicron variant has changed the game.

In response to the new mutation, Boris Johnson announced a package of emergency restrictions at a press conference on Saturday:

The action followed two confirmed cases of omicron in the UK. Johnson said he hopes to be able to lift the restrictions and will review them in three weeks. He also said he believes this Christmas will be much closer to normal than last year’s. But he warned that “targeted and proportionate” measures are needed to buy some time, while scientists study the new mutation of the virus.

“It does appear that omicron spreads very rapidly and can be spread between people who are double vaccinated,” Johnson said on Saturday. “There is also a very extensive mutation which means it diverges quite significantly from previous configurations of the virus, and as result, it might – at least in part – reduce the protection of our vaccines over time.”

The big fear for businesses and individuals, as well as NHS workers on the front line, is that we have seen this play out before and that things could get worse, very quickly, from here. The political debate is now whether Johnson’s plan is an overreaction or fails to go far enough to keep the public safe.

In September, the government published its Autumn and Winter Plan for Covid. Under that blueprint, ministers hoped and expected that the vaccine rollout including booster jabs would be enough to prevent hospitals being overwhelmed. If data suggested hospitals were at risk from a surge in severe cases of Covid, Plan B would be invoked.

Under Plan B, the government would step up its messaging, to warn the public to take far more care; introduce mandatory vaccine-only Covid passports for certain settings, and legally require face masks to be worn. Ministers would also consider asking the public to work from home again, “for a limited period”.

Johnson’s response to the threat of omicron so far stops short of the full Plan B. There is no “work from home” order and no requirement for vaccine certification.

As the government’s winter plan makes clear, ministers are reluctant to impose another lockdown because “this causes more disruption and has greater immediate costs to the economy and some businesses” than other Plan B measures. Yet scientists and health officials are also clear that ultimately, the lockdowns were vital to gaining control over the disease before the vaccines arrived.

The biggest threat from omicron is that it is so different from the other Covid variants that the current vaccines which have been given to 80.5% of the population aged 12 and older may not be effective enough. That would make a lockdown sooner or later far more likely, while new vaccines are designed and manufactured.

The science on vaccine effectiveness will be among the crucial data that will determine the next steps ministers take. Officials say scientific advice still indicates that vaccines will provide some effectiveness against omicron, but it’s not yet clear how much.

MPs will debate the measures this week. Johnson is likely to face demands from lockdown critics in his own party to promise that businesses will stay open and to minimise any further restrictions as the country learns to live with Covid.

The opposition want tougher measures already. Shadow health minister Justin Madders said: “The most mutated variant of Covid is in the UK and yet again there is no Plan B from this dithering PM. It’s astonishing that two years into Covid, he still seems to be committing the same mistakes time and time again.”

Asked at the press conference about the risks to Christmas – a crucial time for businesses as well as families – Johnson said only that he was “pretty confident to absolutely confident” that this Christmas will be better than last year.

On Sunday, Health Secretary Sajid Javid tried to sound more upbeat, promising Sky News viewers it will be “a great Christmas”. There’s a chance, of course, that the lockdown-sceptic health secretary is simply airing in public the approach he will be arguing for behind the scenes. Ultimately, it will be for Johnson to decide.