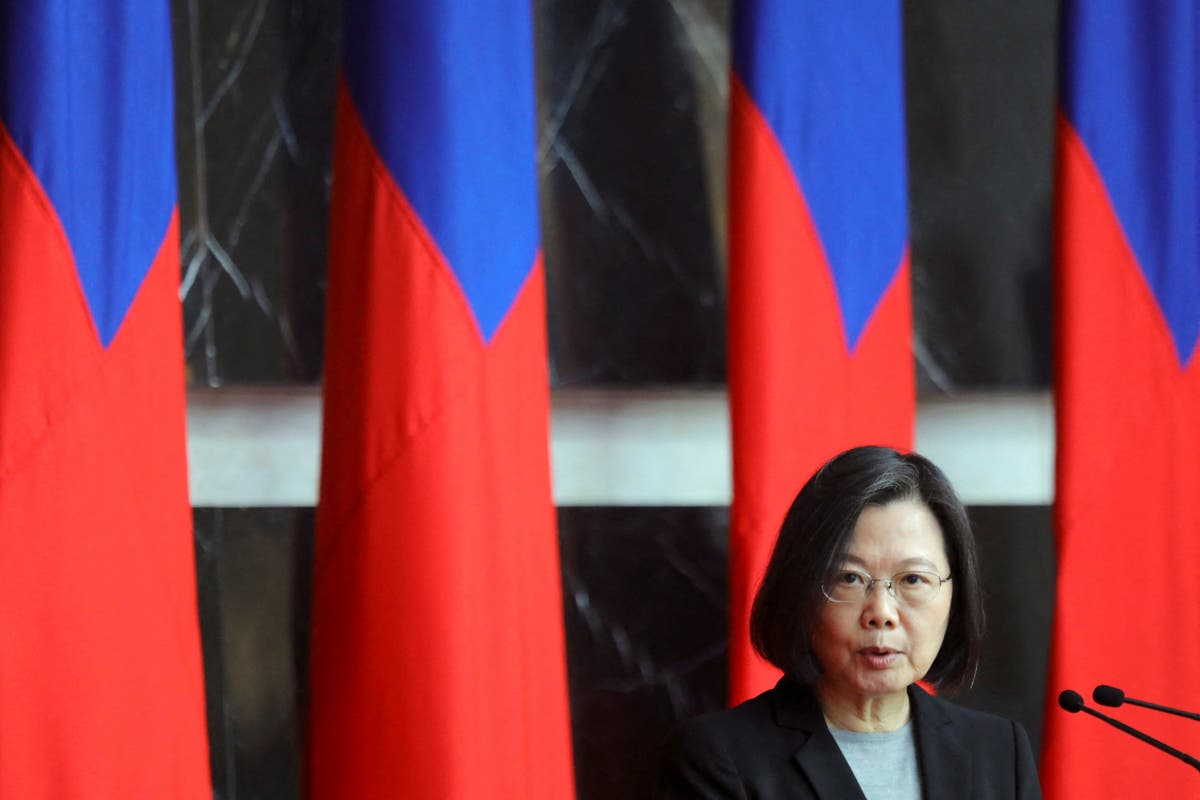 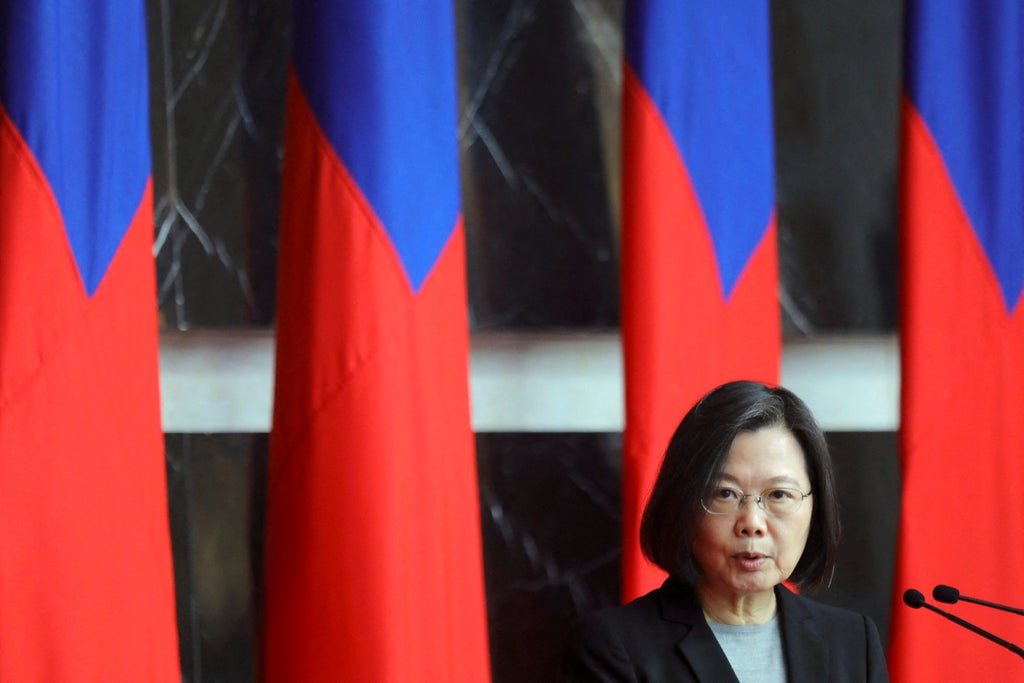 Amid simmering tensions with China, Taiwan’s president Tsai Ing-wen has urged the country to curb its “military adventurism” and said that conflict was not the answer.

In a New Year’s Eve message broadcast on Facebook on Friday, Ms Tsai said: “We must remind the Beijing authorities to not misjudge the situation and to prevent the internal expansion of ‘military adventurism’.”

Taiwan and China split after a civil war in 1949. While Taiwan sees itself as an independent country, China considers it to be a part of its territory.

Tensions have risen in recent months following China’s rapid military buildup around Taiwan, and US president Joe Biden’s subsequent promise to help Taipei in the event of an armed attack from China.

“The military is definitely not an option for solving cross-strait disagreements. Military conflicts would impact economic stability,” Ms Tsai said.

She added that in order to ease tensions in the region, both Taipei and Beijing must “work hard to take care of people’s livelihoods and calm the hearts of the people” in order to find peaceful solutions to problems together, reported Reuters.

After Ms Tsai’s speech, China threatened to take “decisive measures” and said that the pursuit of independence only threw Taiwan into a “deep chasm” and brought about “profound catastrophe”.

Zhu Fenglian, the spokesperson of the Taiwan Affairs Office in Beijing, said on Saturday: “We are willing to strive for the prospect of peaceful reunification. But if ‘Taiwan independence’ separatist forces continue to provoke and coerce, or even cross any red line, we will have to take decisive measures.”

In his New Year’s Eve speech, Chinese president Xi Jinping said that “unification of the motherland is an aspiration for people on both sides of the Taiwan Strait”, reported AFP.

The comments came only days after China’s foreign minister Wang Yi called Taiwan a “wanderer” that would eventually come home and seek its unification. He had also blamed the US and other international players for the recent tensions with Taiwan as the province attempted to “rely on the US for independence”.

“It is these perverse actions that have changed the status quo and undermined the peace in the Taiwan Strait, violating the consensus of the international community and the basic norms of international relations,” Mr Wang had said on 20 December.