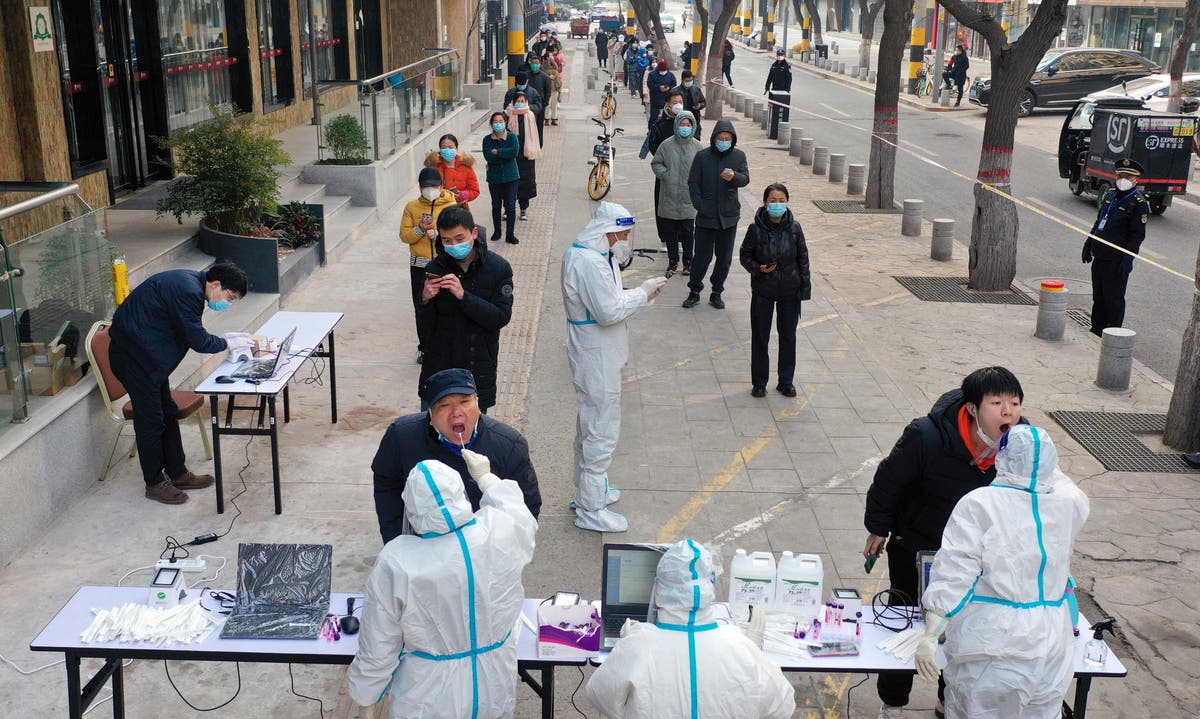 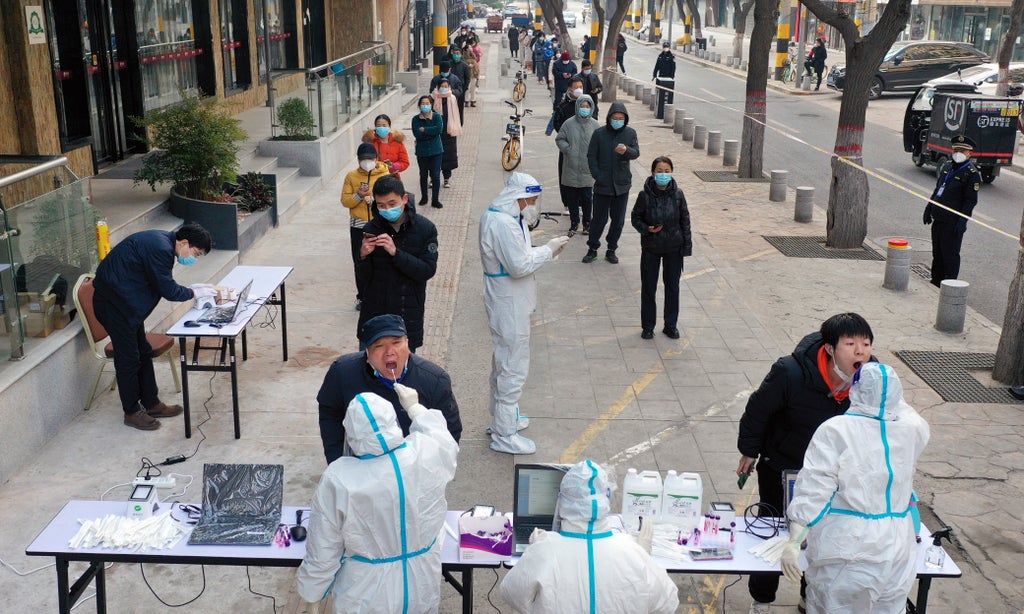 About 20 million people are in lockdown in China after a third city imposed new restrictions to deal with Covid outbreaks only a few weeks before the country hosts the Beijing Winter Olympics.

Anyang, a city in the eastern province of Henan, was the latest to go into lockdown – with residents ordered to stay at home, non-essential businesses shut down, and people banned from driving on the roads.

The measures, enforced on the city of 5.5 million people, are in response to reports of two local Omicron infections on Monday. The infections have been traced to a student who had travelled from Tianjin on 28 December, prompting concerns that the latest variant has been circulating in Tianjin for several weeks.

Tianjin, a major port city near the capital Beijing, has begun mass-testing of its 14 million residents after a cluster of 20 children and adults tested positive for Covid.

The citywide testing started on Sunday and is to be completed over two days. The strict measures come as China prepares for the Winter Olympics which are due to start on 4 February in Beijing – only an hour away from Tianjin by high-speed rail.

People locked down in the city of Xi’an have reportedly been bartering for food online amid worries over a shortage of supplies.

About 13 million people in the city have been confined to their homes since 23 December when the area was shut down overnight after the discovery of three asymptomatic cases of Covid.

Around 1,800 people now have confirmed symptomatic Covid and are in quarantine along with 42,000 of their close contacts.

Authorities in Xi’an have been providing free food to households but some residents have said that their supplies are now running low.

They have taken to social media to barter items, with people exchanging cigarettes for cabbage and washing-up liquid for apples.

“People are swapping stuff with others in the same building, because they no longer have enough food to eat,” one resident told Radio Free Asia.

One household member is usually allowed to make a grocery run every two days but many shops are closed and those that are open are understocked.

An official in charge of disease control for the Winter Olympics, Huang Chun, said that organisers will be relying on the cooperation of athletes and official to prevent an outbreak of infections.

“If the mass cluster transmission happens, it will impact the games and the schedule for sure,” he said. “The worst scenario, if it happens, is independent of man’s will, so we leave our options open.”

In Hong Kong, where a small number of Omicron cases have also been detected, authorities will reportedly ban all international transit passengers from around 150 places. Bloomberg reported that the ban would include air passengers from “Group A” countries, which are deemed high-risk.