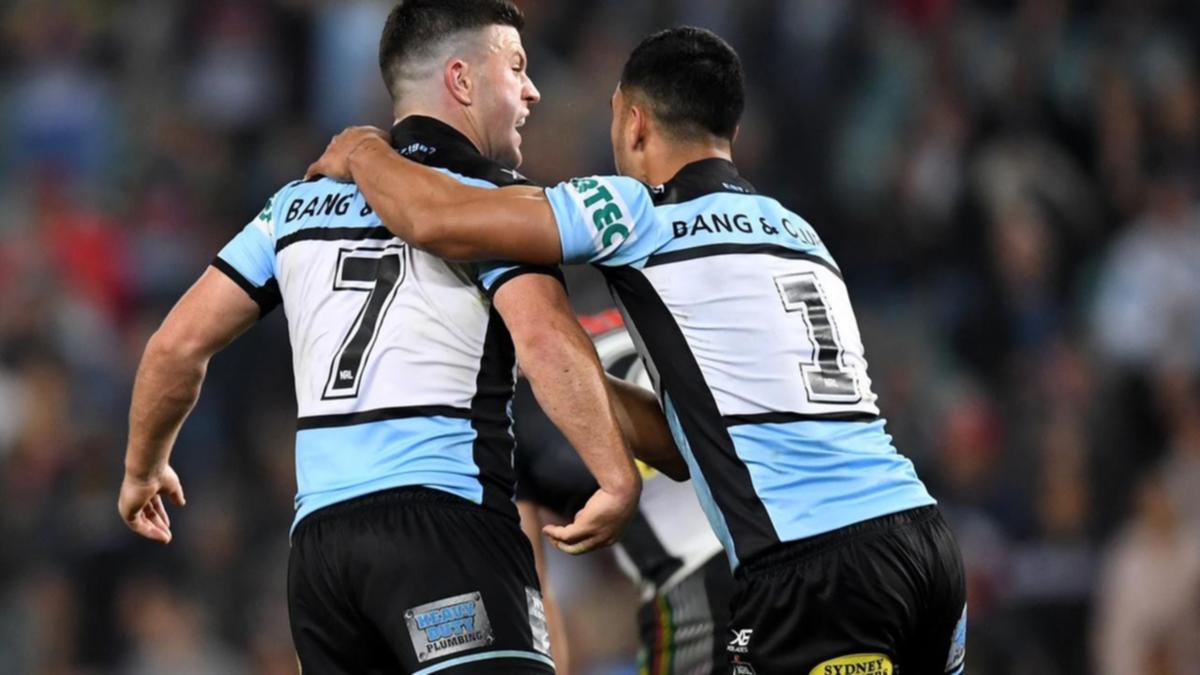 Chad Townsend kept raising the bar for Valentine Holmes at Cronulla even after they won an NRL premiership together and he has quickly returned to old habits now the pair live in Townsville.

The halfback’s rich three-year-deal with North Queensland, reportedly worth north of $2 million, shapes as the key to coach Todd Payten’s overhaul of a side that’s drifted since the grand final loss in 2017.

Known to set match-day statistical targets for Holmes and other key men at the Sharks, Townsend has spent his first month in town firing up the Cowboys’ on-field brains trust even before official preseason work began last week.

“I’ve spent the last three or four weeks straight with Val and Drinky (likely No.6 Scott Drinkwater) doing a lot of training, having a chat about footy and how we want to play,” Townsend, who is still recovering from a lingering shoulder injury, said.

“I’ve played a lot of footy with Val, know his strengths and weaknesses and feel I can bring the best out of him.”

Holmes scored 19 tries in Cronulla’s 2016 premiership season as a winger then hit new heights with 22 tries and 26 line breaks in 26 games, mostly as a fullback, in 2018.

He then spent time on the New York Jets’ extended squad in a shortlived NFL cameo before returning to his hometown on a six-year deal in 2020.

With Hamiso Tabuai-Fidow making his case to remain at fullback next season, Holmes could be shuffled back to the wing in a move that could prove potent alongside his former playmaker.

Recruited from New Zealand Warriors, Peta Hiku could fill any position in the Cowboys backline, but said he was likely to be given a shot in the centres as his family enjoys some consistency after two seasons of disruption caused by his former club’s pandemic relocations.

“With two boys changing schools and their arrangements every six months … my partner, she hid a lot of that (stress) away from me, knowing I had to play well,” he said.

“For her to be settled it’ll help us as a family and be better for myself to come to training and enjoy the footy instead of the stress away from footy.”