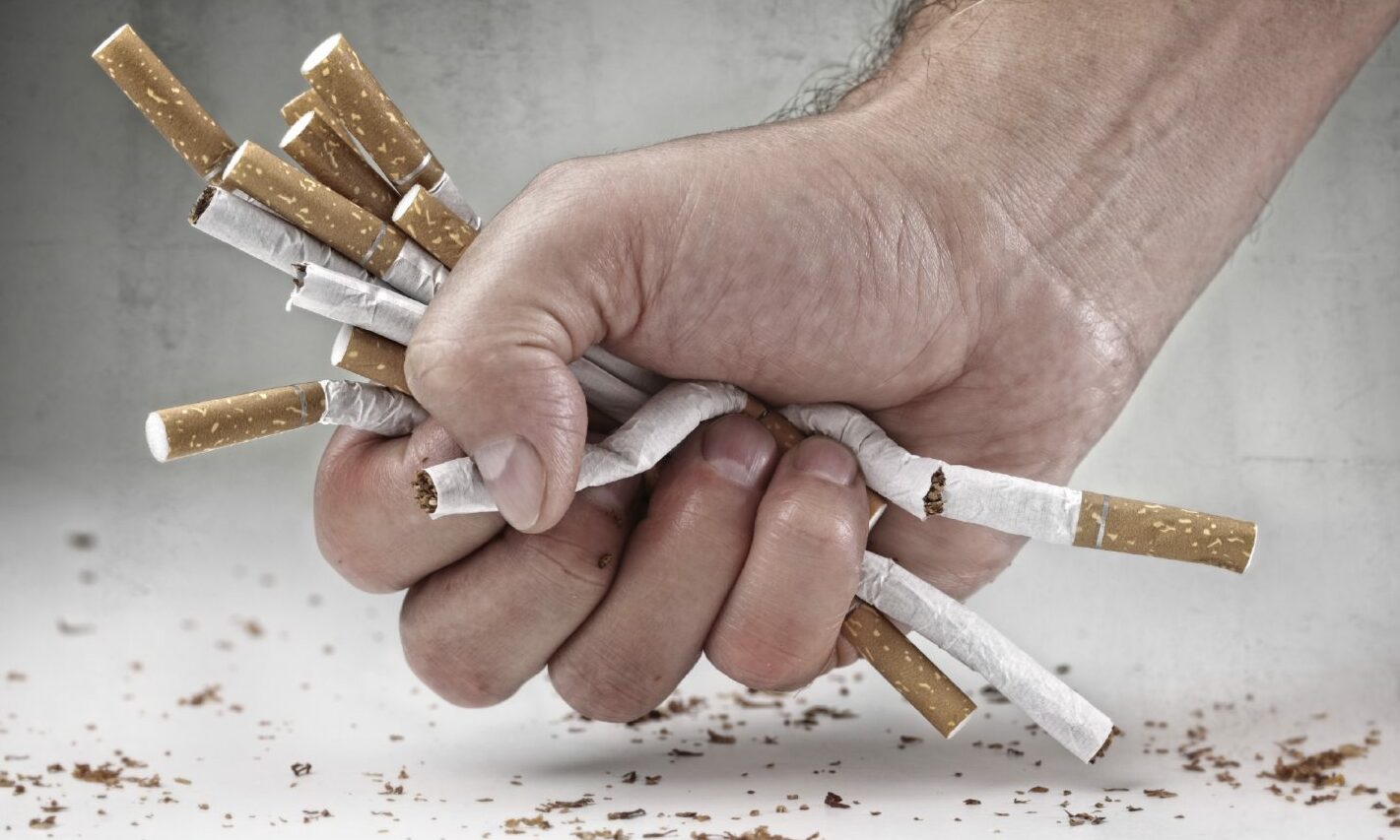 The Scottish Government wants to phase out smoking in just over a decade – but there are no plans yet for an outright ban.

Could that be about to change?

New Zealand set out far-reaching plans so anyone born there in 2008 or later will not be able to buy cigarettes.

The country’s prime minister, Jacinda Ardern, also wants to reduce the number of establishments able to sell cigarettes from 8,000 to just 500.

How can Scotland become smoke-free?

When we asked the government if it was going to follow New Zealand’s lead we were told: “There are currently no plans for an outright ban on the sale of tobacco or cigarettes in Scotland.”

Across Scotland around 19% of all adults smoke cigarettes, although it is higher in some areas.

Dundee is the local authority with the highest prevalence of smoking in Scotland, with 24.5% of people regularly lighting up.

Scotland’s plan for a smoke-free generation

The Scottish Government does have a target to make sure all children born since 2013 do not smoke when they turn 21 in 2034 – the target for a smoke-free future.

But just how will Scotland go from having almost a fifth of all adults smoking to none at all in less than 15 years?

The government drew up plans on how to achieve this in their ‘Raising Scotland’s tobacco-free generation’ plan, which was drawn up in 2018 by the then public health minister Aileen Campbell.

This includes marketing campaigns on television, radio and social media, discouraging smoking in school grounds and play parks as well as in communal stairwells, and placing stop-smoking posters in pharmacy windows.

However these actions are mainly marketing campaigns rather than legislating for change.

Scots will still be able to readily buy cigarettes, making it unlikely smoking will be completely eradicated by 2034.

A spokeswoman for the Scottish Government said: “Our 2034 target aims to protect children born since 2013 so that when they turn 21 they will be tobacco-free and come of age in a Scotland that will remain tobacco-free for generations to come.

Thinking about quitting smoking? Quit Your Way is here to help. From local one to one support to our online webchat service, there is a variety of help available. Find out more at https://t.co/d220veyeTJ. pic.twitter.com/nVYMVKj1mL

“The programme for government reaffirmed our commitment to developing a renewed tobacco control action plan.

“Our action plan contains a raft of measures which will collectively work towards this goal.

“Stopping smoking is the best thing people can do to improve their health.

“We urge current smokers to contact the free NHS Quit Your Way Scotland helpline [0800 84 84 84], or local pharmacies which offer a range of therapies and interventions to help quit tobacco products.”

The UK Government also plans to rise the legal age to buy cigarettes from 18 to 21 to become smoke-free by 2030.

Will Scotland be looking to see if New Zealand is successful?

Dr Sandesh Gulhane MSP, who works as a GP when he is not acting as the Scottish Conservatives’ health spokesperson, says he will be watching closely to see if it is possible to replicate this here in Scotland.

He said: “It is a very interesting proposal and I am very keen to look at what happens in New Zealand.

“We don’t want any new people starting to smoke.

“Someone had to do it first and New Zealand has taken that step, so I will be watching to see how it progresses and to see if it is something we are able to do here.

“There is a lot of opposition to it as being undemocratic and invading freedoms, but the concept of having no people smoking is something we can all agree with.”

Dr Gulhane says he is pledging to do something about smoker numbers in Scotland within this parliament, and says he will take it to Westminster if it is a reserved matter.

He is also speaking to vaping manufacturers to find out more about the harms and benefits of vaping, and to see if vaping could be used as an official way of quitting smoking in Scotland.

He added: “We are seeing less young smokers than ever before, and that in itself is very encouraging.

“I hope there will be a generalised acceptance that we shouldn’t be smoking.

“I would like no one to be smoking here, that is the ultimate ambition, and if that means this is the legislation that will help, then possibly.

“But we need to see what happens in New Zealand.

“It is brave of New Zealand to be first.”

‘There is nothing smoking doesn’t do’: How one MSP plans to get Scotland smoke free