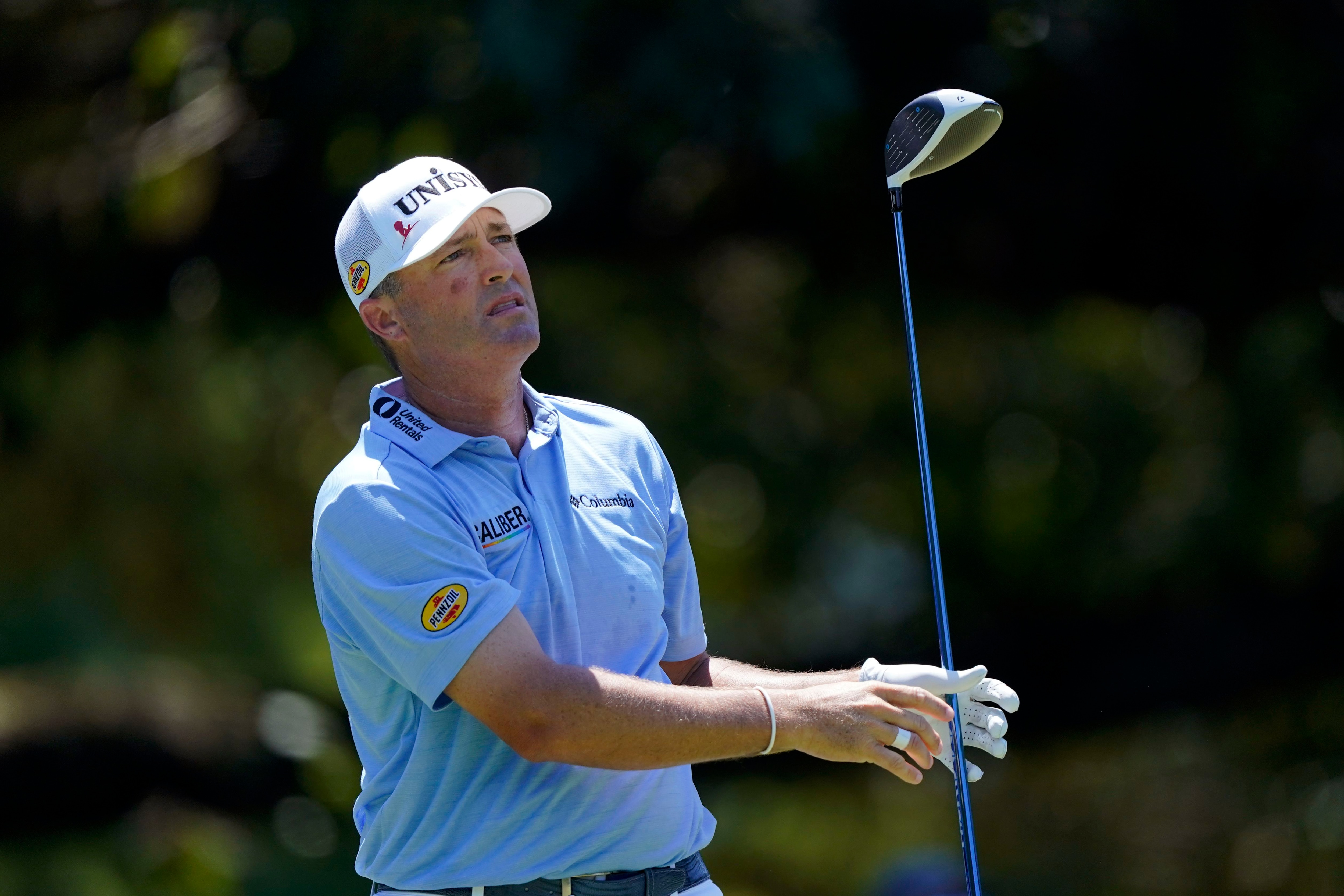 MEMPHIS, Tenn. – J.J. Spaun did just enough right at the end to fashion a 2-under 68 and keep his one-shot lead Saturday in the FedEx St. Jude Championship with a familiar name lurking.

At stake for Cameron Smith is No. 1 in the world.

Already a banner year with his first major at the British Open, and under heavy scrutiny for reports that he is headed to Saudi-funded LIV Golf, Smith birdied his last hole for a 67. That left him two shots behind and fully aware a victory moves him to No. 1 in the world.

“That’s been one of my goals probably since the start of the year is to try to get to that top spot,” Smith said. “Try and chase it down.”

The chase will start out in a traffic jam.

Sepp Straka was right there with him until he failed to save par from the bunker on the 18th for a 68 that left him one shot behind. Both are first-time winners on the PGA Tour this year, and a victory in a FedEx Cup playoffs even carries even more weight — $2.7 million to the winner and a guaranteed spot at East Lake for the FedEx Cup finale.

Masters champion Scottie Scheffler, the No. 1 player in the world and in the FedEx Cup since March, missed the cut. That paves the way for Smith, whose three wins this year include The Players Championship, to reach No. 1 if he were to win.

Will Zalatoris is just as hungry, for different reasons. Zalatoris has been a tough customer in the majors, losing in a playoff at the PGA Championship and finishing one back in the U.S. Open. He is No. 14 in the world. And he has yet to win on the PGA Tour.

Zalatoris opened with a 71 that put him in such a hole that even his fiancee wanted to know their plans if he didn’t make it to the weekend.

“I told her, ‘Let’s cross that bridge when he get there,’” Zalatoris said with a smile. He decided to let his new caddie, Joel Stock, read putts in their second official round together. Zalatoris shot a 63 and followed with a 65 on Saturday.

He also was two behind, along with Trey Mullinax (66).

As for the chase to the next playoff event, consider Tyler Duncan. He is No. 118 in the FedEx Cup, and only the top 70 move on to the BMW Championship next week in Delaware. Duncan had a 67 and was tied for sixth. He was three behind, and even if he doesn’t win, he can move on if he can hold his position.

That won’t be easy with so many players in the mix — 16 players separated by four shots. That group includes Sam Burns and Tony Finau. A winner in his last two starts, Finau ended his streak of 11 consecutive rounds at 68 or lower. He made a bogey on the last hole gave him a 69, leaving him four behind.

No one stands out like Smith, for so many reasons. Not only is it his first start since being introduced at St. Andrews as the “champion golfer of the year,” the Daily Telegraph reported on Tuesday that he had signed with LIV and would join the defectors outside Boston after the Tour Championship is over.

Smith has steadfastly refused to talk about it, only to say he’s only thinking of the FedEx Cup.

“I’m a man of my word and whenever you guys need to know anything, it’ll be said by me,” Smith said Tuesday. That was shortly before a California federal judge denied a request by three LIV golfers to play in the FedEx Cup playoffs.

Distractions don’t seem to be an issue, and there is no shortage of them.

“There’s definitely been a few more, but for me, I’m just trying to hit the best shot I can,” Smith said. That’s what I’m here to do is to hit good golf shots and make birdies.”