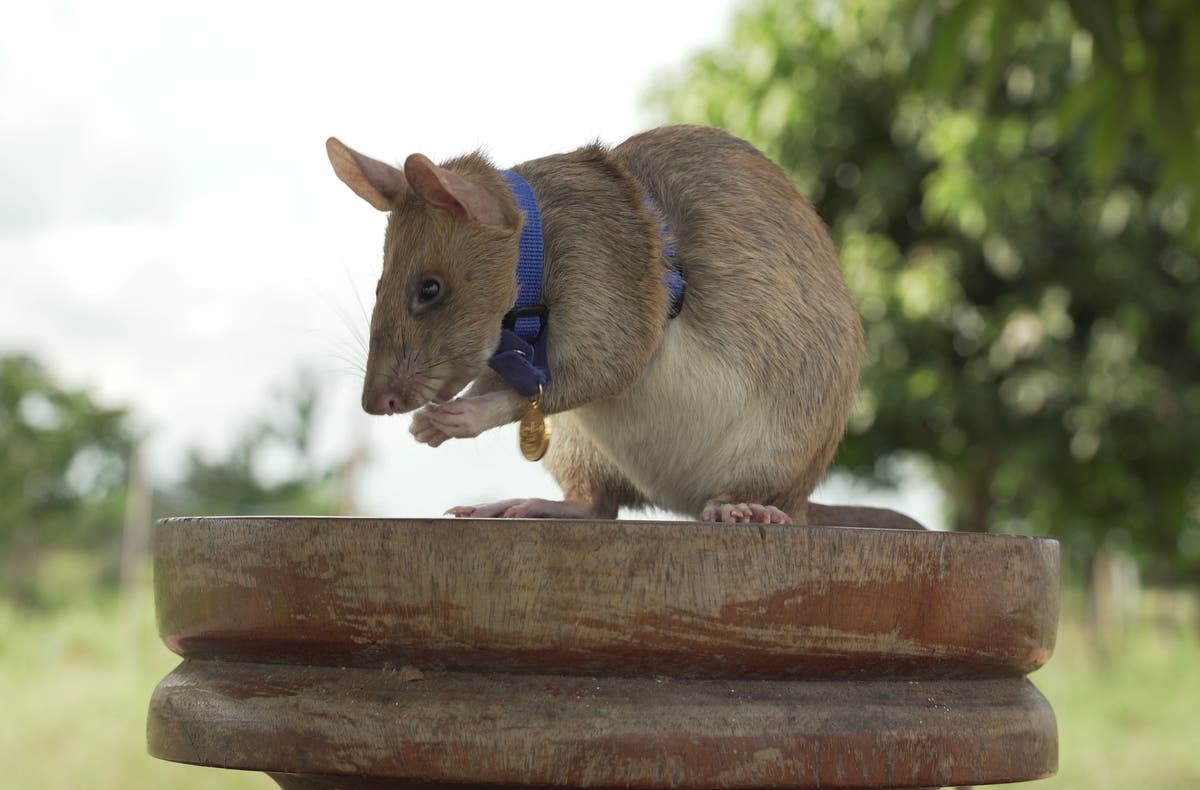 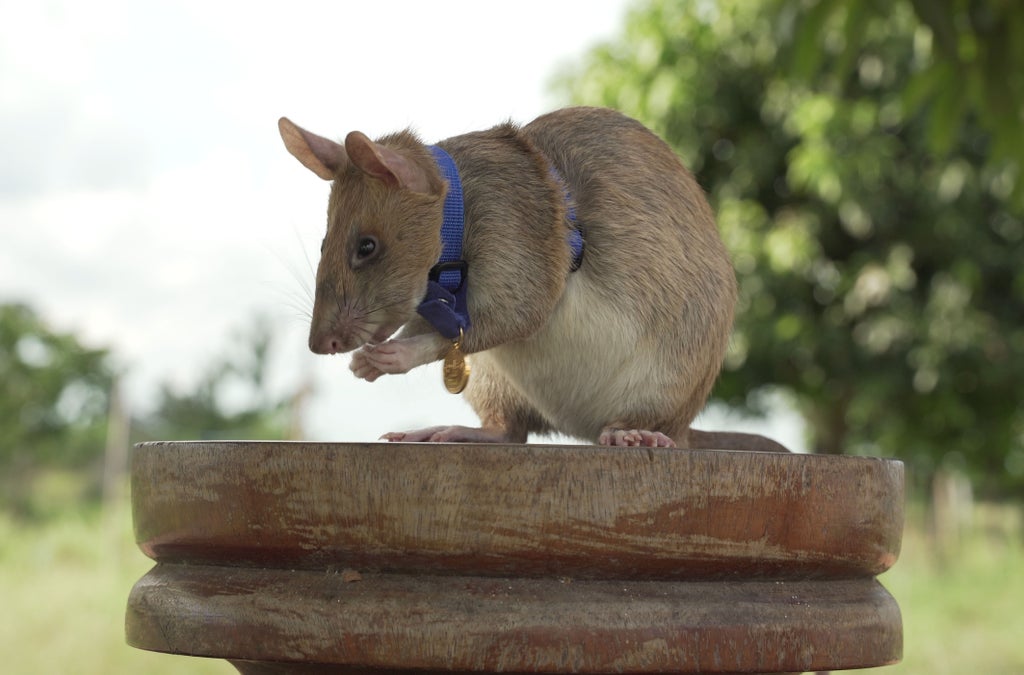 A famous mine-clearing rat who was awarded a gold medal for bravery has died at the age of eight.

The specially trained rat, named Magawa, sniffed out more than 100 landmines and explosives in Cambodia in an illustrious five-year career.

Trained by the Belgian charity Apopo, the rodent would alert its handlers to the lethal mines so that they could be safely removed.

Magawa, who located the explosives by sniffing out a chemical compound in the mines, cleared more than 141,000 sq m of land in total – the equivalent of 20 football pitches.

The charity said the rat had “spent most of the last week playing with his usual enthusiasm” and “passed away peacefully” at the weekend.

However, they added that by the weekend Magawa had “started to slow down, napping more and showing less interest in food in his last days”.

“All of us at Apopo are feeling the loss of Magawa and we are grateful for the incredible work he’s done,” the charity added.

They praised the rat’s “amazing sense of smell” that allowed “communities in Cambodia to live, work and play without fear of losing life or limb”.

Up to 6 million landmines were laid in the southeast Asian country during its three-decade civil war which ended in 1998, causing tens of thousands of casualties.

Magawa, who was bred in Tanzania, had to undergo a year of training before uncovering bombs in Cambodia.

The African giant pouch rat, weighing 1.2kg and 70cm long, was able to search a field the size of a tennis court in just 20 minutes, something that would usually take a person with a metal detector up to four days.

Two years ago, Magawa was awarded with a gold medal by the UK veterinary charity PDSA for “life-saving devotion to duty, in the location and clearance of deadly landmines in Cambodia”.

Of the 30 animal recipients of the award, Magawa was the first rat to receive the honour.

When Magawa retired in June last year, its handler, Malen, said the animal was “slowing down” and she wanted to “respect his needs”. “Magawa’s performance has been unbeaten,” she said, “and I have been proud to work side by side with him.

“He is small but he has helped save many lives, allowing us to return much-needed safe land back to our people as quickly and cost-effectively as possible,” she added.

Apopo said a new batch of young rats had been assessed by the Cambodian Mine Action Centre and had passed “with flying colours”.