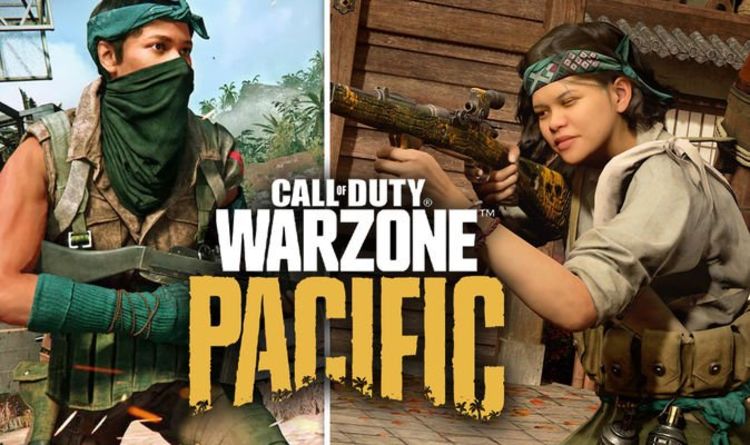 The new Warzone update goes live ahead of the mid-season content drop on January 13.

Fans can install the mid-season update at 5am GMT UK time on the morning of January 13.

The content will be available later that day, when the mid-season update goes live at 5pm GMT. This coincides with the start of a double XP event for the weekend.

As part of the mid-season update, fans can expect a new Operator, as well as new weapons and other content.

The headline new feature is the addition of an Attack on Titan crossover, which will be available from the in-game shop on January 20.

“In celebration of Attack on Titan’s final season, Vanguard and Warzone Pacific players can become a Survey Corps member through the Tracer Pack: Attack on Titan — Levi Edition Bundle.

“This 10-item Store Bundle is not just for superfans of the franchise; it has the style and firepower to become a leader among soldiers, just like Levi Ackerman.

“One of the most notable additions to this Bundle is the ‘Titan Piercer,’ a Weapon Blueprint that models the very blade that can slay Titans.

“Made of ultrahard steel, the only material that can cut through Titan flesh, this one-edge blade is more than capable of slicing through squads with ease.”

That’s on top of the Legendary ‘Historia’ SMG and ‘Ymir Curse’ Weapon Blueprints, which can be used across Warzone and Vanguard.

Joining the Attack on Titan bundle is new Operator Isabella Rosario Dulnuan Reyes, who can also be picked up from the item shop.

“Isabella was trained in the martial arts as a young girl by her father. After his death, she continued to hone her skills on those who drove her into a local resistance.

“After the war, she joined Trident alongside Francis and Lewis to uncover Caldera’s secrets, acting as the close-quarters battle (CQB) specialist with extreme proficiency with a new weapon for the Vanguard arsenal.

Finally, the mid-season update will add the Welgun weapon, which is a prototype SMG good for short to medium battles.

The weapon – which is said to have the ability to take down opponents in three to four shots – can be unlocked either through an in-game challenge, or via a Blueprint available in the shop.

Full patch notes will be revealed later this evening, so check back for more information.