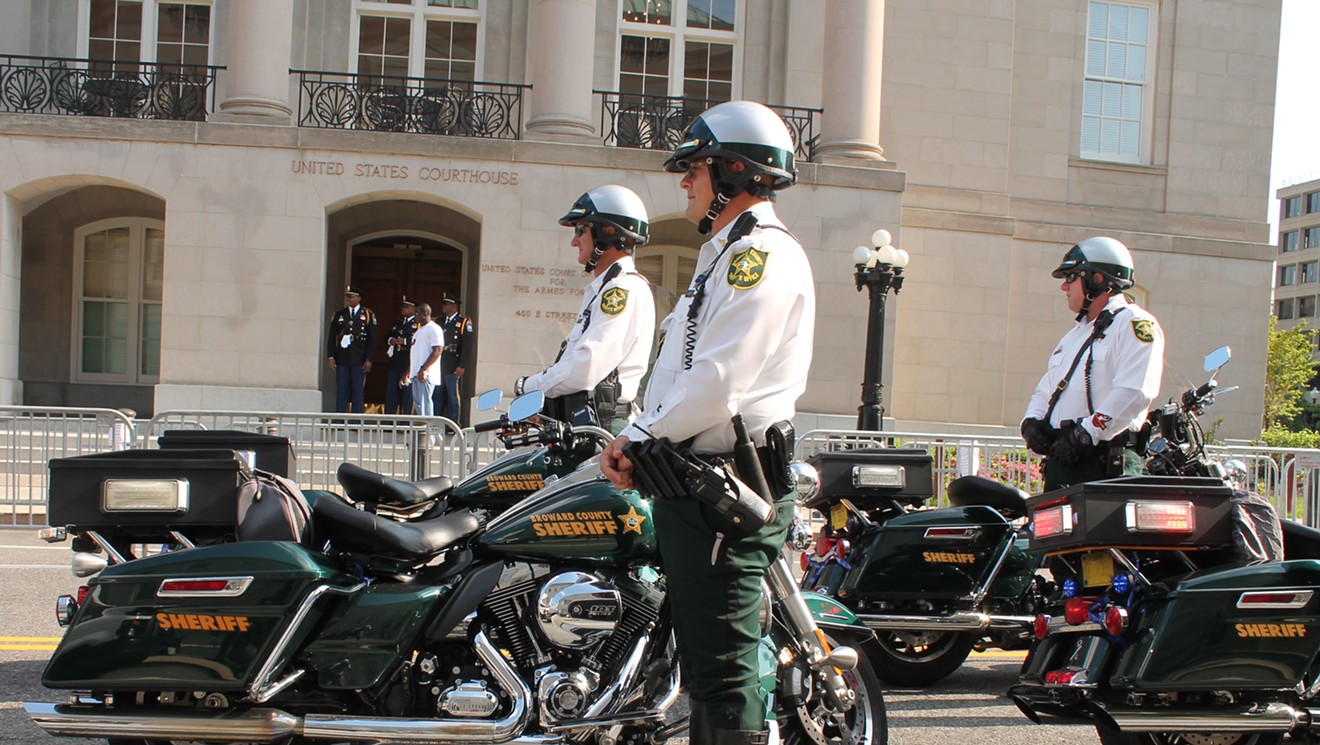 South Florida police departments are evidently eager to stock up on high-powered firearms before year’s end.

The Broward Sheriff’s Office (BSO) is now requesting $200,000 from its law enforcement trust fund to purchase 100 M4-style assault rifles and accessories including gun lights, scopes, and magazines. The motion for appropriation says the additional rifles are “needed to continue to equip the deputies for an Active Killer/Mass Casualty Critical Incident response.”

When Broward County Sheriff Gregory Tony replaced the ousted Scott Israel following the mass shooting at Marjory Stoneman Douglas High School in Parkland, he created a rifle patrol program and allocated $2 million to issue a rifle to each sworn deputy for situations “requiring a force multiplier,” according to BSO.

Public information officer Claudinne Caro tells New Times the department has grown, so more rifles are needed to continue the program. The rifle purchase would be funded through civil forfeiture rather than taxpayer dollars.

Under Florida law, proceeds that a local enforcement agency accrues from assets seized and forfeited in crime investigations are transferred to the agency’s law enforcement trust fund. The money can be used for crime prevention, safe neighborhood initiatives, drug abuse prevention, school resource officer programs or additional equipment needs, though the funding is off-limits for normal operating expenses. County or municipal officials have to sign off on the expenditures.

Broward Dream Defenders, a progressive activist group, tells New Times that the sheriff’s office should be allocating its trust funds to support programs to fight drug abuse and prevent crime instead of spending the money on weapons.

“Our [team] is again disappointed with the Broward Sheriff’s Office’s clear misunderstanding of the priorities of our community,” the organization says in a statement.

The group opposes the motion, claiming the new rifles will not make Broward neighborhoods any safer.

“We need to invest in a definition of safety that doesn’t look like a rifle in every hand, rather, an outstretched hand in support — ready to collaborate in keeping us all safe, with functional 911 call centers, well-funded schools and programs, and housing-first policies that have proven successful elsewhere,” Dream Defenders says.

Funding for the rifle purchase is up for consideration at a September 20 county commission meeting.

Other appropriations under consideration involving the Broward County law enforcement trust are a request for $64,000 for the purchase of ballistic shields for Pompano Beach and a request for $410,000 to fund school resource officers in Cooper City public schools.

Before a set of Florida forfeiture law reforms in 2016, a police department could seize property even before the owner of the property had been arrested. Despite the reforms, police departments in Florida are still receiving tens of millions of dollars annually through civil forfeiture.