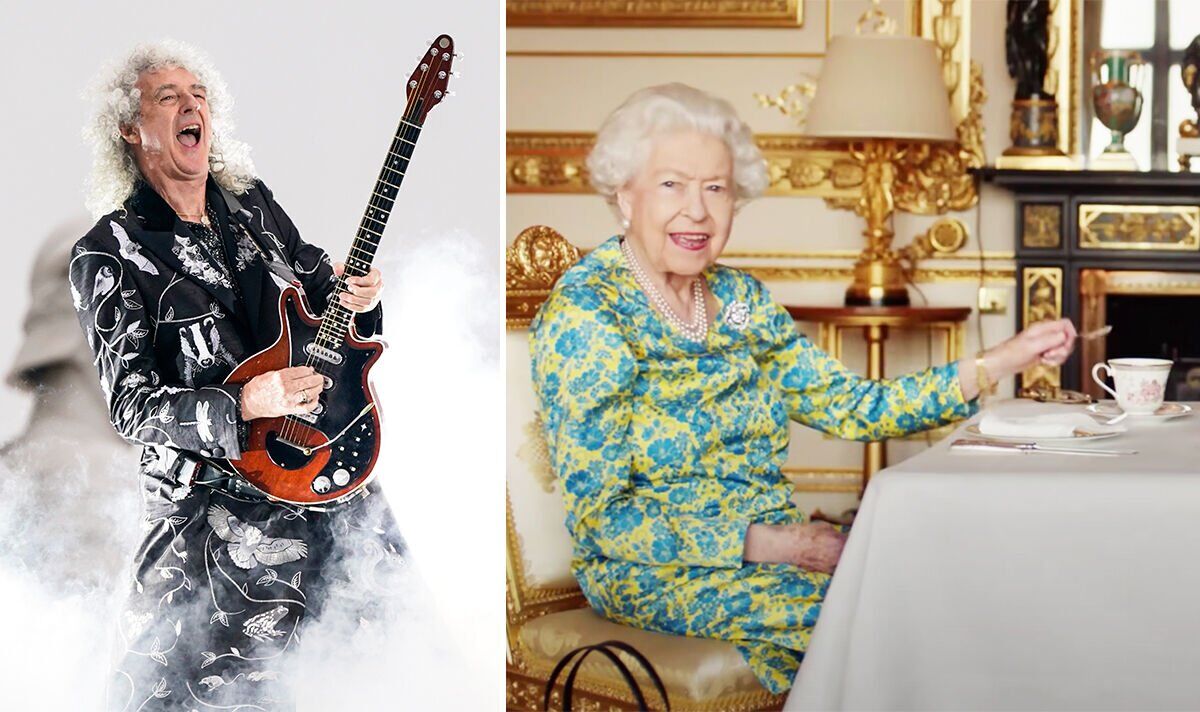 Back in June, The Platinum Party at the Palace opened with a surprise video of Paddington Bear having tea with Her Majesty Queen Elizabeth II. As Queen and Adam Lambert opened the concert on the Queen Victoria memorial outside the front of Buckingham Palace, the claps and stomps of We Will Rock You could be heard.

To the audience’s delight, both The Queen and Paddington made the We Will Rock You beats by clinking their tea cups.

Now Brian May has opened up on the historic event and how this was actually all his idea.

Speaking at a special fan Q&A for Queen and Adam Lambert’s Rhapsody Over London Live Concert Film, the 75-year-old was asked how they prepared for the royal spectacle.

Of course, they were delighted that Queen Elizabeth II agreed to do it and Adam Lambert was totally in the dark, admitting: “You guys knew before me! I didn’t know until after the show! I heard something back there, I thought, ‘I hear somebody talking’ because they were playing the videotape. And then after the show, I went on YouTube and saw it and went ‘Beautiful!’ I loved it, so cool!”

To watch the new Q&A in full and the epic live recording from Queen and Adam Lambert’s 10-night residency at London’s The O2, click here.