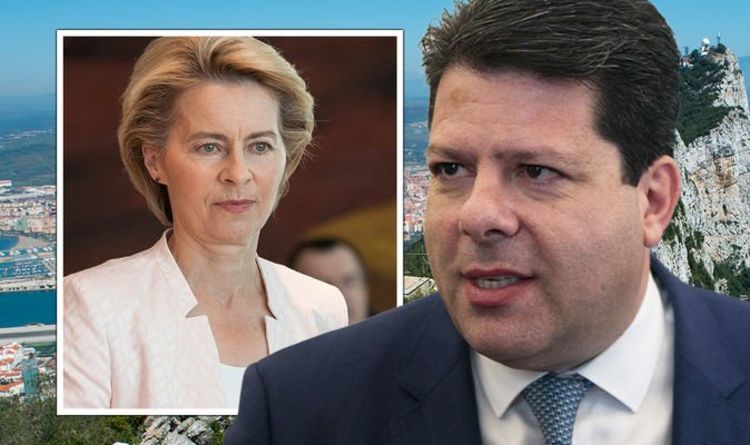 Gibraltar is not covered by the Brexit trade deal struck between Brussels and Downing Street in 2020. Because of this, a separate agreement is required, and officials from the UK and EU will meet in Brussels between November 30 and December 2 for a third round of negotiations, according to Efe.

Ahead of this meeting, Gibraltan Chief Minister Fabian Picardo has hit out agains the EU for its “excessive” and “unnecessary” demands in the negotiations to date.

The UK has already reached a post-Brexit agreement with Spain but the actioning of this must wait until a separate agreement has been made between the UK and EU.

Mr Picardo has been particularly critical of the bloc’s demands regarding customs and goods.

But backlash was also sparked in the summer when the European Commission published draft agreement guidelines which contradicted those already agreed upon by the UK and Spain.

It suggested that Spanish border officials would be stationed at Gibraltar airport and port rather than agents from the European Frontex.

The UK also opposes this outcome.

The first two negotiating rounds between the UK and EU took place earlier this year and saw the two sides lay their proposals on the table.

Leaders hope that further agreements will be made – and that disagreements, such as that on border patrolling, will be settled – early next month.

Mr Picardo says it is possible that both sides will “reach an agreement” by the end of the year.

Commenting in October on the gap between the UK’s and the EU’s negotiating positions, he said that “we probably can find a way through on this”.

Meanwhile, UK-EU negotiations on post-Brexit trade in Northern Ireland are failing to reach a breakthrough, with the UK reportedly being one step closer to triggering Article 16.

This would see parts of the existing Brexit treaty suspended and would force relations to a new low.