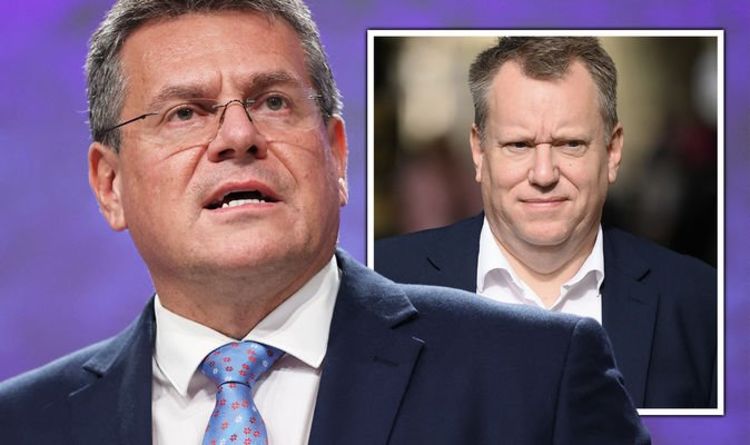 One told The Daily Telegraph: “New medicines are politically much more sensitive.

“There are ways you can get the new medicines to Northern Ireland, but they might be subject to more checks because you really need to make sure they’re not moving into the Single Market.”

Article 16 support has gone into reverse as a number of MPs have turned on Boris Johnson over his intentions, according to a former Government adviser.

Mujtaba Rahman, an EU expert, took to Twitter to explain how things were going in reverse with support for the intentions from the Prime Minister with Article 16.

He referenced one Conservative MP, who said: “Article 16 has to be done from a position of strength but Boris is suddenly in a much weaker state.

“He could have done it at Conference when he was riding high.

“The whole party would have rallied behind him. Now it would look like a desperate diversionary tactic.”

He added: “Momentum towards Article 16 has gone. If anything, it’s now in reverse.

“Johnson and Frost are now going to call it in the new year. See where negotiations and land lies in January 1.”