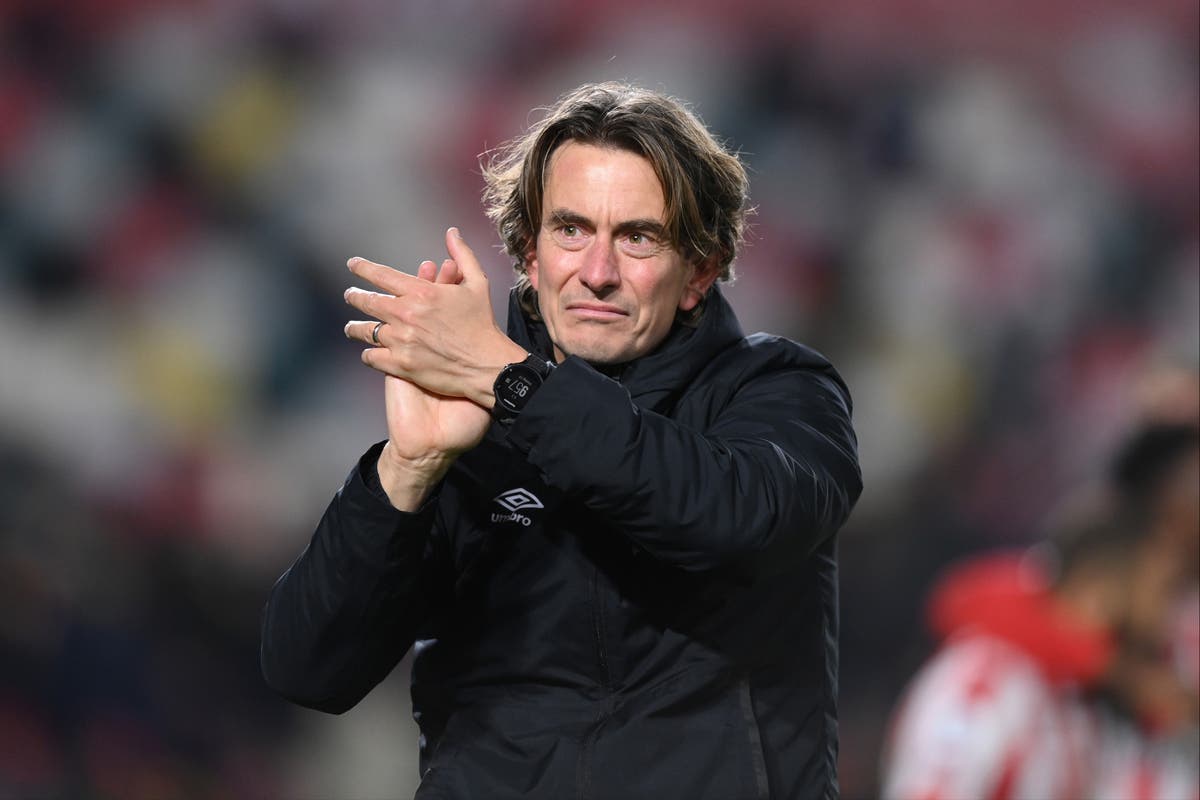 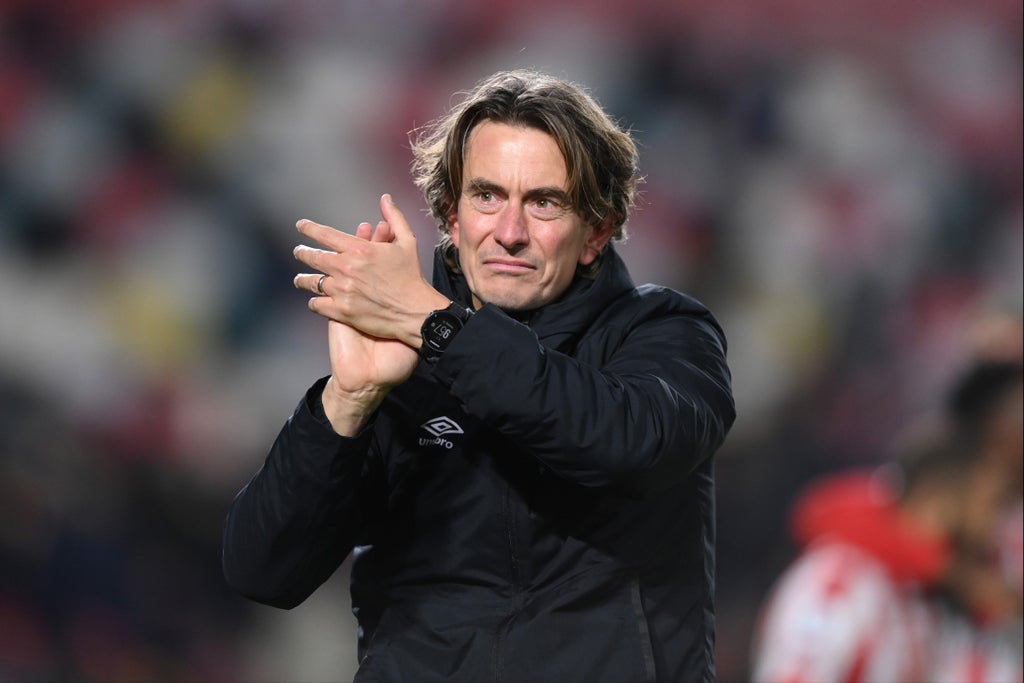 Frank was informed midway through his morning press conference of four more cases at the club overnight, bringing the total number of impacted players and staff to 13 ahead of Saturday’s visit to Southampton. He called for a circuit-breaker, which would include next week’s Carabao Cup ties, to allow clubs to deal with outbreaks.

Brentford’s match against Manchester United on Tuesday was postponed, with the Red Devils believed to have 19 cases of their own, leaving Saturday’s game against Brighton in doubt.

“Covid cases are going through the roof at all Premier League clubs,” Frank said.

“To postpone this round and also the Carabao Cup [on Tuesday and Wednesday] would give everyone a week at least, or four or five days, to clean and do everything at the training ground, so you break the chain.”

Watford’s game at Burnley was last night called off just two-and-a-half hours before kick-off following an outbreak in the visitors’ camp, with the Hornets having promised to refund supporters who travelled to Lancashire.

Spurs’ visit to Leicester tonight is set to go ahead barring any further cases today, despite both clubs requesting a postponement from the Premier League board.

Leicester are without up to 11 players due to illness, Covid-19 and injury, and their manager, Brendan Rodgers, yesterday accused the Premier League board of showing bias towards the club’s rivals and giving undue consideration to TV companies.

“You’re on the right lines [regarding bias],” Rodgers told reporters. “For the integrity of the competition, it’s important, but I’m pretty sure games will have been called off where teams have had less players unavailable than we have.”

The match will be shown live on BT Sport and asked whether television contracts had influenced the League’s decisions, Rodgers replied: “I’m pretty sure that’s the case, yes.”

The Premier League board decide postponements on a case-by-case basis, considering a number of factors.

Spurs already have two games in hand after last month’s visit to Burnley was called off due to heavy snow and their visit to Brighton last Sunday was postponed after their training ground was closed to contain an outbreak.

Head coach Antonio Conte will be without six players due to Covid tonight but insisted everyone is working to avoid another shutdown.

Asked if he needed to remind his squad to take extra caution, Conte said: “No one wants to stop games and to stop the people to go to the stadium. My players are intelligent enough to understand this. We all have families and we don’t want to affect other people.”

While postponed matches could be played later in the season, the League have limited wriggle room to extend the campaign beyond May 22 due to the need to start the 2022-23 season a week early to accommodate a mid-season World Cup in Qatar.

Elsewhere, Liverpool manager Jurgen Klopp called for more transparency in naming players and coaches who have contracted the virus, while Norwich boss Dean Smith has revealed the club had struggled to even contact League officials over their Covid concerns ahead of the defeat by Aston Villa on Tuesday night.

The Championship is also descending into chaos, with QPR’s second consecutive match, against Swansea on Saturday, suspended following an outbreak.