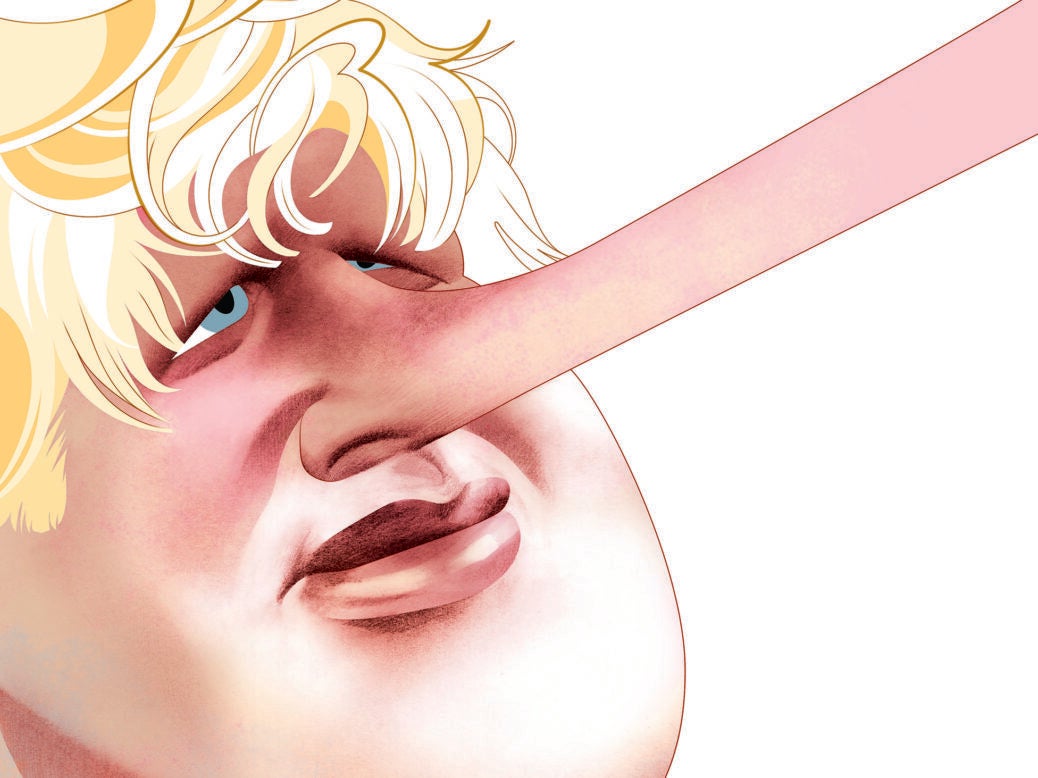 As apologies go, Boris Johnson’s to the House of Commons today was as weasel-worded, self-serving and duplicitous as they come.

For all his outward show of contrition it was not “heartfelt”, as he claimed. Our “greased piglet” of a Prime Minister was forced to apologise not because he was truly sorry, but because he had been caught red-handed; because the evidence that he had attended a party in Number 10’s garden was incontrovertible; because his backbenchers and the normally sycophantic Tory press were livid; and because he simply had no other escape route left.

If it was “heartfelt” he would have apologised when the reports of the May 20 BYOB party first broke late last week, or during one of his vacuous daily photo ops at vaccine centres, or in the Commons on Tuesday instead of sending – coward that he is – the hapless Paymaster General, Michael Ellis, to defend his indefensible conduct. He could have confessed to attending the May 20 booze-up when ‘partygate’ first erupted in mid-December, instead of professing to be “furious” at reports of other shindigs.

It was also an apology without consequences. In the midst of the gravest public health crisis this country has faced in living memory, the Prime Minister who was making the rules broke the rules. That is no trifling matter, but Johnson has neither resigned himself nor dismissed Martin Reynolds, his principal private secretary, who ostensibly organised the party.

“I take full responsibility for all the misjudgements,” Johnson said, but those are hollow words, empty words. If he meant them he would go – just as Matt Hancock did when the health secretary was caught breaking Covid rules with his lover.

And then there was the Prime Minister’s judicious use of language. “I have learned enough to know that there were things we simply did not get right,” he said, implying he had no prior knowledge of the party he and his wife he attended.

“I believed implicitly that this was a work event,” he said of a party for which invitations were sent out and the invitees were asked to bring a bottle. Neary 70 other invitees had better sense and stayed away.

“Even if it could be said technically to fall within the guidance, there would be millions and millions of people who would not see it that way,” he said of the party, as if his guilt was still not proven.

Johnson remains in very deep trouble, however. He rebuffed the numerous opposition calls for his resignation by telling his interrogators to wait for the result of the inquiry that he was obliged to set up.

Unfortunately for him, Simon Case, his malleable cabinet secretary, had to recuse himself from conducting that inquiry following – ludicrously – reports of a party in Case’s own office, and Johnson was obliged to appoint the much tougher Sue Gray in his place.

Gray now holds the Prime Minister’s future in her hands. If she concludes – as she surely must – that Johnson broke his own Covid rules and lied to the Commons about his attendance at various parties, it is hard to see how he can survive.

And if, in that instance, the Prime Minister didn’t do the decent thing and resign – which is entirely possible given his utter shamelessness – his backbenchers must surely conclude that they would stand a much greater chance of re-election under a new leader. Johnson’s credibility is finally shot, his authority broken, his popularity irredeemable lost.