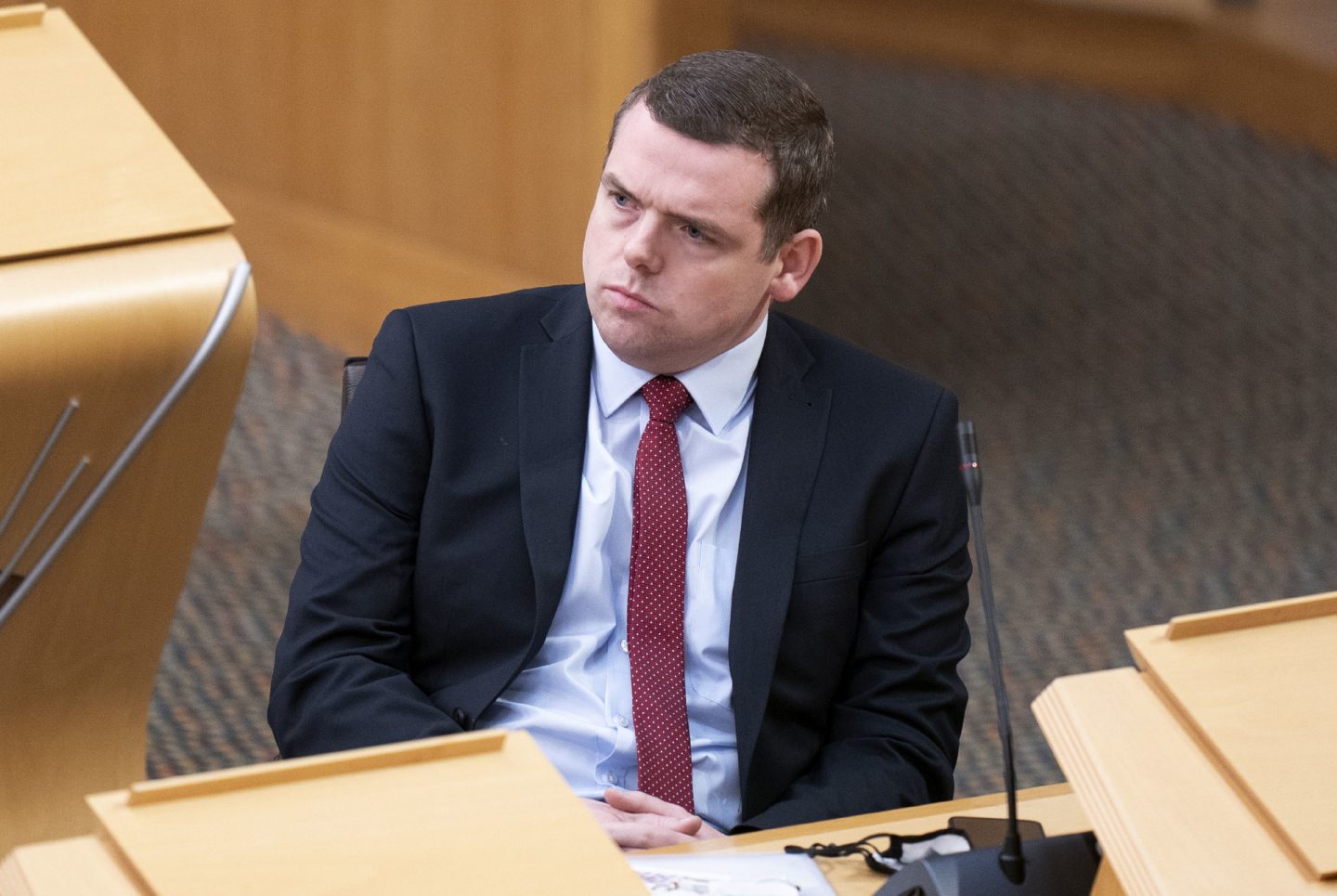 Boris Johnson dodged a question on whether Scottish Conservative leader Douglas Ross is a “lightweight” figure as a split at the heart of the party continues to grow.

The prime minister was asked outright whether he agreed with the accusation, made by Leader of the House Jacob Rees-Mogg.

The jibe was made in retaliation to Moray MP Mr Ross calling for Mr Johnson to resign after he admitted attending a drinks party at Downing Street during lockdown.

Mr Rees-Mogg claimed the Scottish Tory boss is “not a big figure” in the Conservative Party and described him as a “lightweight” during television interviews.

Asked by Labour MP Stephen Kinnock if he agreed with that assessment, Mr Johnson avoided the question and praised the unionist credentials of the Scottish Conservatives as a whole.

He said: “The Conservative approach to the Union is one that I think is right for our country. We want to keep it together and I think Conservatives in Scotland do an excellent job.

“Their stout defence of the union was repaid in the last election, and Labour is increasingly endangering the union.”

Tensions between Mr Johnson and the Scottish Conservatives have been growing since Mr Ross became the first Tory MP to call for his head over the Downing Street parties.

Mr Ross’s colleagues at Holyrood publicly backed his call for Mr Johnson to quit but the prime minister appears determined to cling on.

Former Tory MSP Adam Tomkins even called for Scottish group to split from their colleagues at Westminster if Boris Johnson continues to ignore the calls.

Asked about the criticism last week, Mr Ross said: “Jacob Rees-Mogg, as anyone, is entitled to their opinions. I don’t have to agree with them.

“I’m not going to get into personal attacks. As I see, he’s entitled to his opinion, everyone is entitled to their own opinion.

“I disagree with Jacob Rees-Mogg on his characterisation of me but he’s entitled to make it.”

He stopped short of directly calling for a resignation but said a judgement could be made following the publication of an inquiry report into the parties.

Speaking on Politics Live, Mr Bowie said: “He’s in quite a lot of trouble and I don’t think this is a place that we can be for much longer.

“There are so many issues facing the country right now, you’ve got the cost of living to deal with, we’ve got Omicron. Yes, we are seemingly exiting the worst of the pandemic, but there’s a very fine line to navigating – the country needs leadership.

“At this time, what it doesn’t want is a governing party at war with itself. I think the Prime Minister should be considering his position.

Explained: How to sack a Tory prime minister