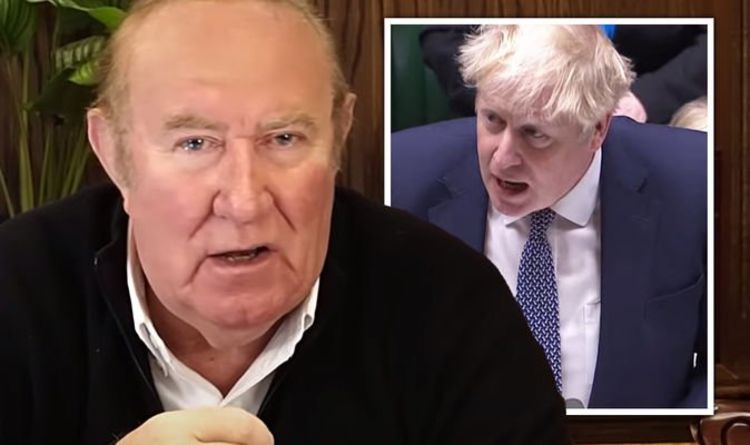 The politicial commentator called out the Prime Minister for insisting the event fell within coronavirus lockdown guidelines as a “work event” rather than a party. He said it was “quite a gamble” to let his fate be decided by Sue Gray’s inquiry into a series of alleged parties held during lockdown in Number 10.

The former GB News presenter tweeted: “Starmer calls on Johnson to resign several times. Johnson says to wait for the inquiry. Means he’s placing his future on what that inquiry concludes. Quite a gamble. Maybe no alternative.

“Quite hard to argue that a bring your own booze invitation was a work event rather than a party.”

When pressured to resign during this afternoon’s Prime Minister’s Questions Mr Johnson said that he would not pre-empt the findings of an independent inquiry into parties at his office during coronavirus lockdowns.

But “with hindsight I should have sent everyone back inside, I should have found some other way to thank them, and I should have recognised that – even if it could have been said technically to fall within the guidance – there would be millions and millions of people who simply would not see it that way.”

Mr Johnson acknowledged that included “people who have suffered terribly, people who were forbidden for meeting loved ones at all inside or outside” adding: “To them and to this House, I offer my heartfelt apologies.”

But Labour leader Sir Keir Starmer called on the Prime Minister to resign.

Sir Keir said it was “ridiculous” that the Prime Minister suggested he “didn’t realise he was at a party”.

He said: “After months of deceit and deception, the pathetic spectacle of a man who has run out of road.

“His defence … that he didn’t realise he was at a party is so ridiculous that it’s actually offensive to the British public.

“The party’s over, Prime Minister. The only question is will the British public kick him out, will his party kick him out or will he do the decent thing and resign?”

But Mr Johnson responded by saying: “I regret very much that we did not do things differently that evening

“As for his political point, I don’t think that he should pre-empt the outcome of the inquiry.”