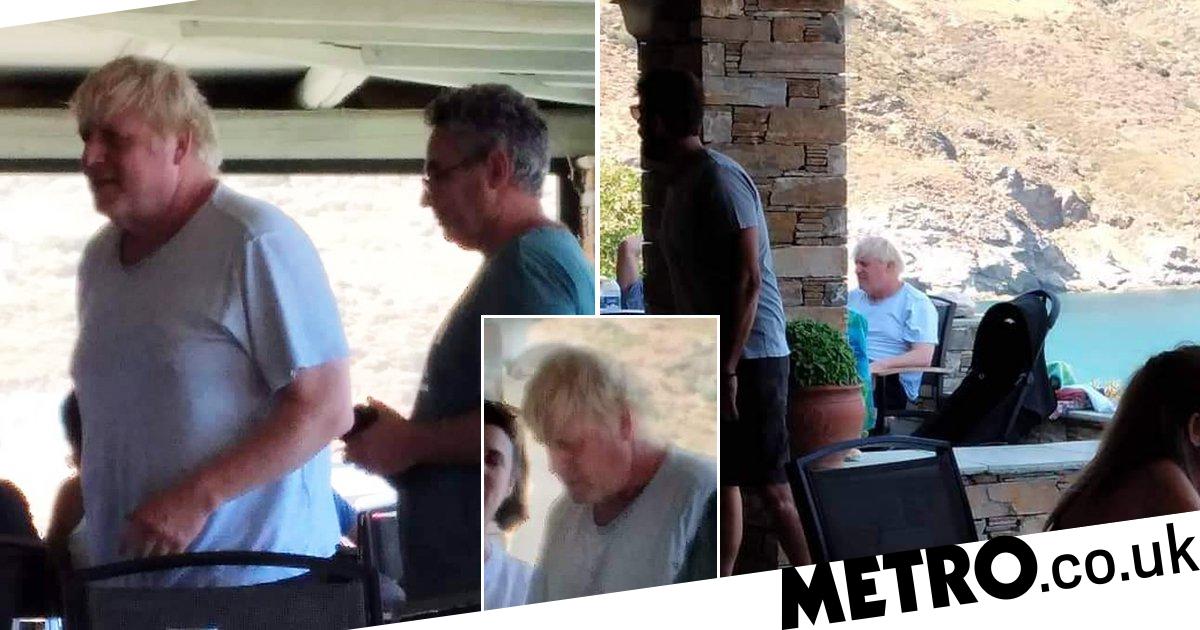 Boris Johnson is having a relaxing last few weeks as Prime Minister, enjoying the peaceful surrounds of Greece while millions of Brits work out how to survive the cost of living crisis.

Removal teams were spotted on Downing Street this week, doing the hard job of clearing out Mr Johnson’s flat as he reclined in a chair by the seaside.

He and Carrie were spotted enjoying a meal at The Aegean restaurant in Karisto, famed for its spectacular sea views.

They were also seen shopping for groceries in a supermarket in the coastal town of Nea Makri on the same day.

Footage posted by local media showed the couple buying what looks like wine and dips.

Mr Johnson was then seen packing the goods away into plastic bags at the tills before they were loaded into a black car and driven off.

It is unclear where Mr Johnson is staying but his dad Stanley owns a villa in the village of Horto – a few hours away.

This is the second holiday Mr Johnson has been on this month.

He recently returned from a belated honeymoon at an eco alpine resort in Slovenia.

Reports of the PM enjoying himself while the country reckons with another financial disaster has angered his critics.

His allies have claimed he was ‘still working’ while away, but the PM’s spokesperson confirmed he is on official leave.

The spokesperson also added: ‘By virtue of [prime ministers’] roles they’ll obviously be kept informed on any urgent issues and make decisions particularly those (related to) national security for example.’

Sir Keir Starmer, who has just come back from a holiday in Mallorca, called Mr Johnson a ‘lame duck’ on cost of living, accusing him of treating his final months as ‘one big party’.

The PM’s official residence is already being prepared for the next Conservative leader before Mr Johnson leaves on September 6.

Liz Truss is the frontrunner to replace him amid an ongoing contest with Rishi Sunak.

It is unclear what the movers were taking away.

But No 10 reportedly confirmed the PM can take anything he bought with his own money, suggesting he would be allowed to remove the infamous gold wallpaper installed during a lavish redecoration.