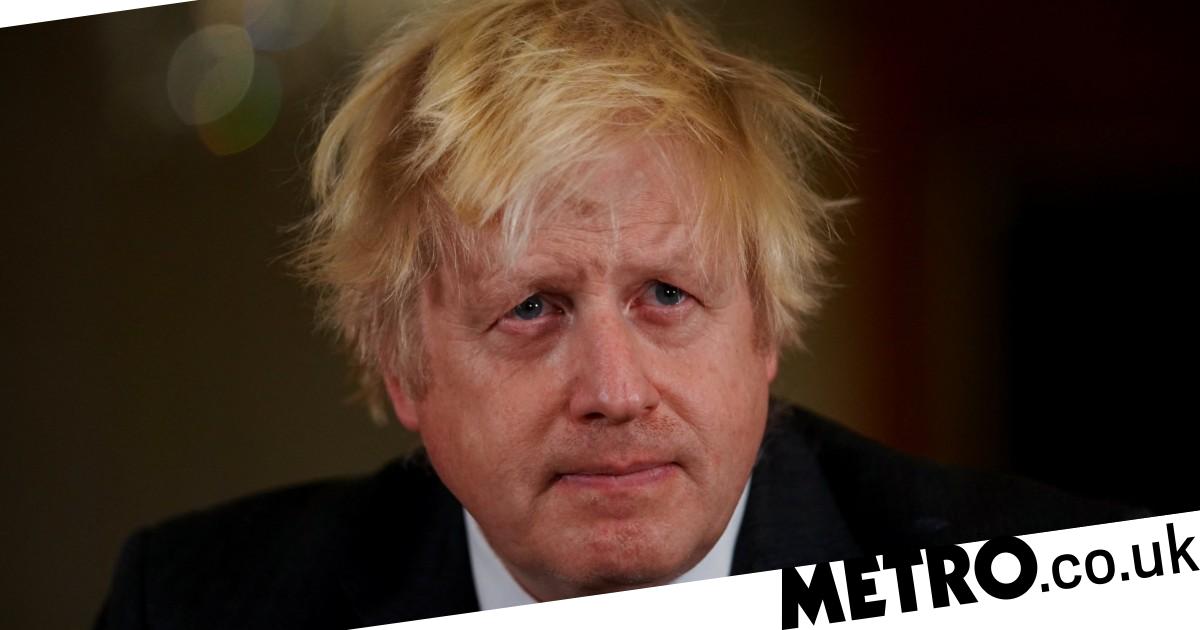 When Boris Johnson moved into Downing Street, there were voices in his own party who warned he was unfit to be Prime Minister.

How right they were.

His character flaws, his lack of leadership and the laws his Government is pushing through Parliament are all a danger to our country.

The threat to public health

The Government’s response to the pandemic has been a shambles from the very start: lockdowns imposed too late, muddled messaging, deadlines set that weren’t met, an eye-wateringly expensive and botched test and trace system and the highest number of deaths in western Europe.

When the Omicron variant emerged, the Prime Minister first dithered, then on Sunday evening announced a huge acceleration in the vaccine booster programme, giving GPs and other health professionals just 12 hours’ notice that they would need to vaccinate a million people a day.

Not surprisingly, the NHS booking system collapsed under the weight of traffic and people have queued for hours in the cold and wet outside vaccine walk-in centres.

Then there’s the hypocrisy. I’ve lost count of how many parties, sorry ‘gatherings’, there were in Downing Street last winter, at a time when Covid rules banned them.

What we know is that Boris Johnson has persistently claimed no rules were broken despite all evidence to the contrary, and seems prepared to throw his staff under the bus rather than take responsibility for what happened under his own roof.

The Downing Street parties and his response haven’t only reinforced the stench of one-rule-for-us-another-rule-for-everyone-else around this Government, they’ve also corroded public trust at a time when it’s needed most.

Lying – over the parties and just about everything else

It’s hard to know where to start on Johnson’s lying; the Downing Street parties which ‘didn’t happen’ or if they did they followed the rules, are just the latest example.

His ethics adviser, Lord Geidt, believes he was misled over who paid for the refurbishment of the Prime Minister’s Downing Street flat, according to The Telegraph.

Johnson has lied about Covid-related contracts, a trade border in the Irish Sea, about child poverty figures, Keir Starmer’s stance on nurses’… the list goes on.

What is most serious for the health of our democracy is that these lies aren’t just made to the media but to Parliament, making it impossible for MPs to do their job of holding the Government to account.

The Owen Paterson affair wasn’t just a case of the Prime Minister trying to fix the system to protect a Tory MP who was found to have breached lobbying rules  – akin to arranging a review of the justice system to let a convicted offender off scot-free – it was an attempt by Johnson to save his own skin.

He was trying to undermine the Parliamentary Standards Commissioner who’d already investigated him three times and was facing a fourth inquiry. In any other setting, this would be a clear case of nobbling the judge.

A culture of cronyism

Offering peerages to Tory donors, handing out billions of pounds of public money to their mates for PPE contracts, accepting donations to the Tory party worth hundreds of thousands of pounds from individuals linked to corruption scandals overseas – there is a stench of corruption around this Government that is undermining our democracy, and Boris Johnson is, at best, turning a blind eye.

The right to peaceful protest is one of the foundation stones of our democracy but it’s under attack.

The Police, Crime, Sentencing and Courts Bill would restrict the right to protest, handing police extraordinary powers to ban protests if they caused annoyance or made too much noise. Protesters who attach themselves to someone else or an object face up to 51 weeks in prison.

In case we’re not getting the message that Johnson is trying to turn the UK into a police state, he dresses up in police uniform. It might look comical but it’s very dangerous, signal​ling a breakdown of the vital separation of power in any democracy, undermining the independence of the police and the integrity of the Prime Minister’s office.

Attacks on the right to vote

The Elections Bill is an assault on the fundamental right to vote. It will require all voters to have photo ID in order to vote, in order to tackle ‘voter impersonation’, a problem that even senior Tories say doesn’t exist. The Commons Public Accounts Committee said this week that the Government had failed to prove its case.

Why the enthusiasm for voter ID? Because the estimated 3.5million people who don’t have it are more likely to be poorer, come from marginalised groups or live in insecure accommodation. Not exactly the typical Tory voter. This is naked voter suppression of the kind we’d normally associate with the pre-civil rights era in the US.

Under the Nationality and Borders Bill, Johnson’s Government will hand to the Home Secretary the right to strip someone of their UK citizenship without even telling them, nor giving a reason why.

It’s clear who is most at risk from this draconian measure: people from minority groups who will now feel their citizenship is not secure. This paves the way for another Windrush scandal.

The betrayal of Afghans

The evidence given by to MPs by a Foreign Office whistleblower amounts to a searing indictment of this Government’s handling of the Afghanistan crisis and the-then Foreign Secretary’s incompetence.

Johnson said everything possible would be done to help hundreds of Afghans who’d worked for UK forces and were trapped in the country after the fall of Kabul. He told MPs that ‘every single one’ of the emails sent by MPs about their constituents would be answered that day. Both were empty promises. Some Afghans who worked with the UK have been left to the mercy of the Taliban, an unforgivable betrayal.

What’s worse, the Afghan Citizens Resettlement Scheme is still not up and running, nearly four months after its launch was announced.

Johnson promised to ‘get Brexit done’. He said there’d be no trade border in the Irish Sea. He said his post-Brexit trade deal with the EU would mean the UK having its cake and eating it. The reality? Empty supermarket shelves, supply chain crises, farming and fishing sectors clobbered and £12bn less trade in October.

Add to that the trashing of the UK’s reputation with the threats to break international agreements and the jeopardising of the Good Friday peace deal in Northern Ireland.

Failure to take appropriate action on the climate crisis

This is the greatest existential threat facing us, one that will overwhelm all other challenges, and this is the crucial decade for taking action.

For all Johnson’s boasts about global leadership on climate, the reality is that his Government is opening the door to a new coal mine in Cumbria, the Cambo oil field and 38 other oil and gas projects. The first rule of diplomacy is to walk your talk and he’s doing the opposite.

We cannot afford to wait a few years for a prime minister who will treat the climate crisis with the urgency it demands. It has to be tackled now and Johnson is failing to do it.

He is one of the worst prime ministers this country has ever had. He has to go, and go now.

MORE : Challenge to Boris Johnson’s leadership ‘has got to be on the cards’