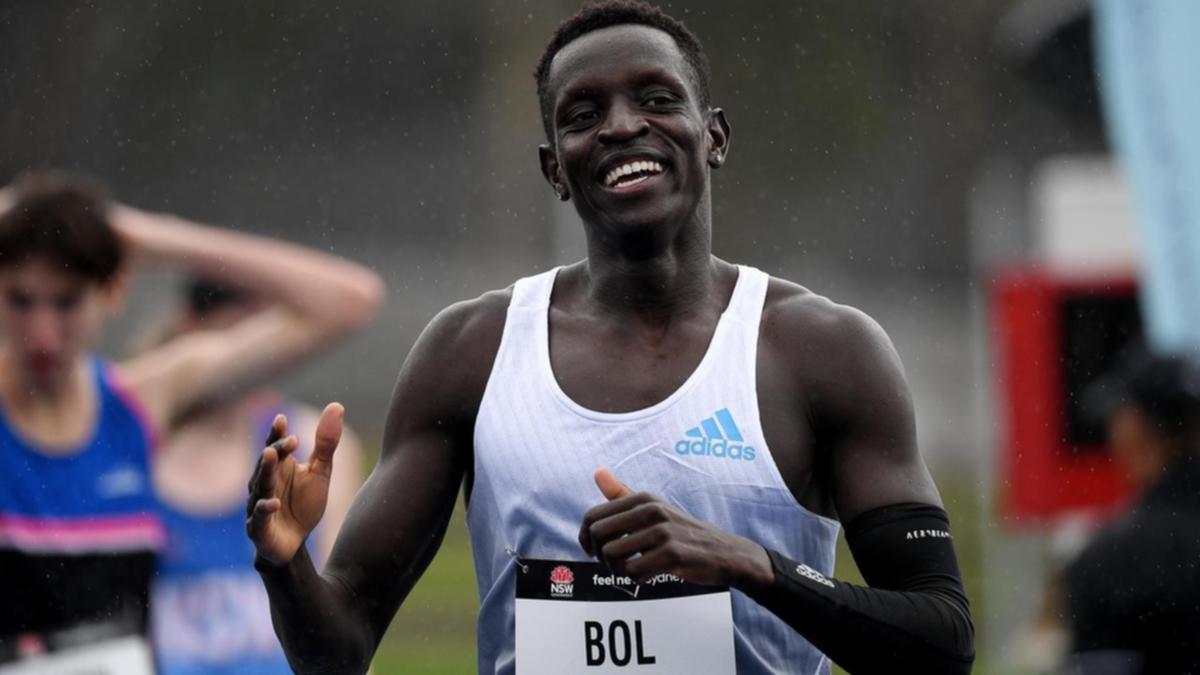 On a wild and windy Friday night time within the Qatar capital, Olympic finalist Bol delivered the stand-out Australian efficiency in a “crazy” race, excited to earn his first-ever runner’s-up end in a Diamond League 800 metres.

Jess Hull used to be additionally celebrating after additionally incomes a top-three place in a fine quality 3000 metres.

But for center distance grasp McSweyn, who is had a torrid time after suffering with lengthy COVID, it proved a wretched prime profile go back as he suffered a strained glute after the primary 100 metres of his 1500m and struggled directly to traipse house remaining of the 11 finishers.

Bol, fourth ultimately 12 months’s Olympics, signalled he’s going to be once more a power to be reckoned with in international championship 12 months as he delivered an impressive overdue kick within the two-lap match.

But the sphere have been all stuck slumbering via Kenya’s remarkable teenage international indoor silver medallist Noah Kibet, who took off at the ultimate bend and maintained his shape to win with ease in 1:49.08.

“Today was a bit of a crazy race with the wind!” Bol conceded.

“But I’m really happy with how it worked out; the time doesn’t really matter to me, but what does matter is that it’s my first placing in a Diamond League.

“I am hoping (there is) a couple of extra to return. I’m actually proud of it.”

National record holder Hull also enjoyed her best Diamond League outing, edging the battle for third in the 3000m ahead of Turkey’s Yasemin Can and Ethiopian Girmawit Gebrzihair in 8:40.97.

But way up ahead, there was a tremendous duel between two runaway leaders, with former Olympic 800m silver medallist Francine Niyonsaba, of Burundi, setting a world-leading 8:37.70 while pipping Kenyan Olympic 1500m champ Faith Kipyegon (8:38.05).

“Going ahead, my plan to concentrate on the 1500 this season, however I imagine this can be a just right get started,” reckoned Hull.

McSweyn’s trouble struck early in the metric mile as he struggled to the line in a woeful 3:48.67, and it was left to Matt Ramsden to fly the Australian flag in sixth (3:38.83), as Kenya’s Abel Kipsang raced to victory.

On a night when the men’s pole vault was cancelled after a handful of attempts because high winds made it too dangerous, the usually excellent Aussie Brandon Starc couldn’t even clear his gentle opening 2.16m in the high jump.

International highlight of the night was Noah Lyles holding off strong- finishing US compatriot Fred Kerley to win the 200m in a wind-assisted 19.72 seconds. Olympic champ Andre de Grasse was fourth.

The men’s javelin throwers enjoyed the wind at their backs, though, as Grenada’s 2019 Doha world champion Anderson Peters landed a 93.07m monster, making him the fifth-longest thrower since the javelin weight was changed.

Shock of the evening was Bahamanian double Olympic champion Shaunae Miller-Uibo finishing third in the 400m as Tokyo silver medallist Marileidy Paulino, of the Dominican Republic, won in 51.20sec.