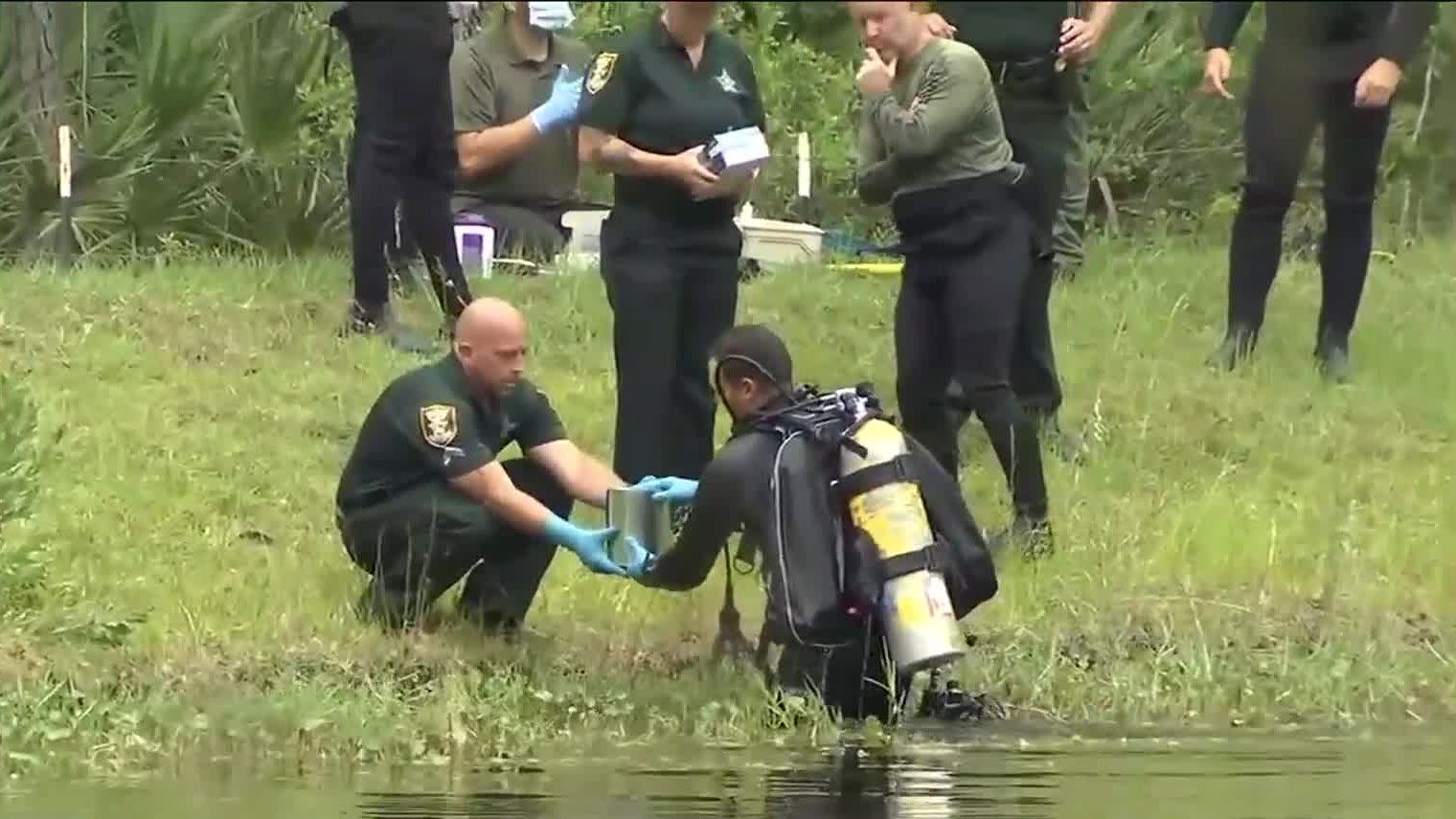 Editor’s note: This article contains information that some might find graphic in nature. Discretion is advised.

A blade tip found in 13-year-old Tristyn Bailey’s body originated from a knife that was discovered in a St. Johns County retention pond, according to a Florida Department of Law Enforcement report released Tuesday.

Aiden Fucci, now 15, is charged with first-degree murder in the death of Bailey, his schoolmate. She was found stabbed to death on Mother’s Day last year in the Durbin Crossing, less than a half-mile from Fucci’s home in the neighborhood where Bailey also lived. Fucci was arrested in the early morning hours the next day.

According to the state attorney, Bailey was stabbed 114 times.

The FDLE report lists two pieces of evidence submitted to the FDLE in April. The report shows one is a damaged buck knife — which was removed from a retention pond near the location where Bailey’s body was found — with a silver-colored metal blade and the tip of the blade missing. The second piece of evidence, according to the report, is a damaged silver-colored metal knife blade tip that was recovered from Bailey’s scalp.

VIDEO: Knife recovered from St. Johns County pond in May 2021

The report states that examinations of the knife and the blade tip showed that they were similar in color, type of material and “striation pattern running along the width of the blade pieces.”

“Further comparisons of their fractured edges also revealed the correspondence of the complex feature contours and surface details,” the report continues.

The report concludes by saying the blade tip and the knife blade were at one time a single item.

Fucci is being tried as an adult. If convicted, he could spend the rest of his life in prison. As a juvenile when the offense occurred, he is not eligible for the death penalty.

Fucci’s lawyer, Rosemarie Peoples, filed a motion late last month, asking to move her client’s November trial to next year because she needs more time to talk to witnesses and work on the case.

During an Aug. 5 hearing, Judge Lee Smith asked Fucci’s defense attorney if she’d be ready for a February trial, and she cautiously said yes. Smith said that he wanted to think about this more before ruling on the motion and that he will make a ruling at the next court hearing on Aug. 19.

His attorney also filed a separate motion in July invoking his constitutional rights, including his right to stay silent and his right to counsel.

TIMELINE: The investigation into Tristyn Bailey’s disappearance and death

Fucci is being held in the Duval County jail in Jacksonville while he awaits his trial.