British anti-folk band Crywank stops at Gramps on Monday for a night of sad and sullen tracks. Based out of Manchester, the band — which, at least for the time being, is a solo project consisting of vocalist and guitarist Jay Clayton — is known to disrupt common folk songs, with its works focusing on concepts such as sadness, paranoia, and dry humor. Evidence of that last element is clearly apparent in the band’s name. (Google it.) After announcing in 2020 that the band was done, Clayton revived it last year, releasing Just Popping In to Say Hi. 8 p.m. Monday, at Gramps, 176 NW 24th St., Miami; 855-732-8992; gramps.com. Tickets cost $17 to $20 via eventbrite.com. Sophia Medina

The Honda Civic Tour has once again hit the road, this time with a new format that meshes IRL performances with TikTok content. On Monday, the tour stops at 1-800-Lucky with pop group the Future X in tow. The seven-person group is made up of singers and dancers assembled by artist manager and TV producer Simon Fuller, who auditioned wannabe superstars through a hashtag challenge on TikTok before landing on the final lineup. Tuesday, at 1-800 Lucky, 143 NW 23rd St., Miami; 305-768-9826; 1800lucky.com. Register for a chance to attend via thefuturex.com/hondacivictour. Sophia Medina

On Wednesday, take an extra-long lunch hour and head to Coral Gables Art Cinema to catch a screening of the 1984 romantic comedy Splash as part of the venue’s Summer Matinee Series. Directed by Ron Howard, Splash tells the story of a mermaid (Daryl Hannah) who is reunited with a workaholic she saved from drowning as a boy (Tom Hanks). Further buoyed by a standout performance by that stoutest of stout fellows John Candy, the movie was one of Howard’s first Hollywood hits and made Hanks the international superstar he remains to this day. 2 p.m. Wednesday, at Coral Gables Art Cinema, 260 Aragon Ave., Coral Gables; 786-472-2249; gablescinema.com. Tickets cost $8. Ashley-Anna Aboreden

In honor of Jamaican Independence Day, the Underline hosts a celebratory concert commemorating Marcus Garvey, the Jamaican political activist who influenced the Black Power Movement. At the Underline’s Brickell Backyard Sound Stage Plaza, there’ll be live music by Eric “Monty” Morris, Ras “Shaggie” Williams, and more. Kick-starting the festivities, the event will begin with the unveiling of a tree marker. Attendees will also have the opportunity to donate back-to-school supplies for students. 6 to 9:30 p.m. Wednesday, at the Underline, SW Eighth Street and First Avenue, Miami; 305-603-9895; theunderline.org. Admission is free with RSVP via eventbrite.com. Sophia Medina

Trap-metal duo City Morgue heads to the Ground on Thursday. With more than a million monthly listeners on Spotify, City Morgue is known for its edgy aesthetic and blend of rock and rap, delivering memorable tracks like “Shinners13” and “Neck Brace.” Back in June, member ZillaKami wrote on Instagram, “Probably my last City Morgue tour,” so it might be your last chance to catch him and SosMula rocking together on the stage. 8 p.m. Thursday, at the Ground, 34 NE 11th St., Miami; thegroundmiami.com. Tickets cost $25 to $100 via ticketweb.com. Ashley-Anna Aboreden

On Thursday, Miami Beach OnStage! in partnership with the Miami Jewish Film Festival, presents the latest installment of its Summer Movies Under the Stars series. Head to Lummus Park and spread a blanket to catch a screening of the 1997 sci-fi cult classic The Fifth Element, which is celebrating its 25th anniversary. Starring Bruce Willis, Gary Oldman, and Milla Jovovich, the Luc Besson-directed film continues to amass fans thanks to its memorable characters, impressive set design, and costume design by French designer Jean-Paul Gaultier. 8:30 p.m. Thursday, at Lummus Park, 12th Street and Ocean Drive, Miami Beach; mbartsandculture.org/onstage. Admission is free. Ashley-Anna Aboreden 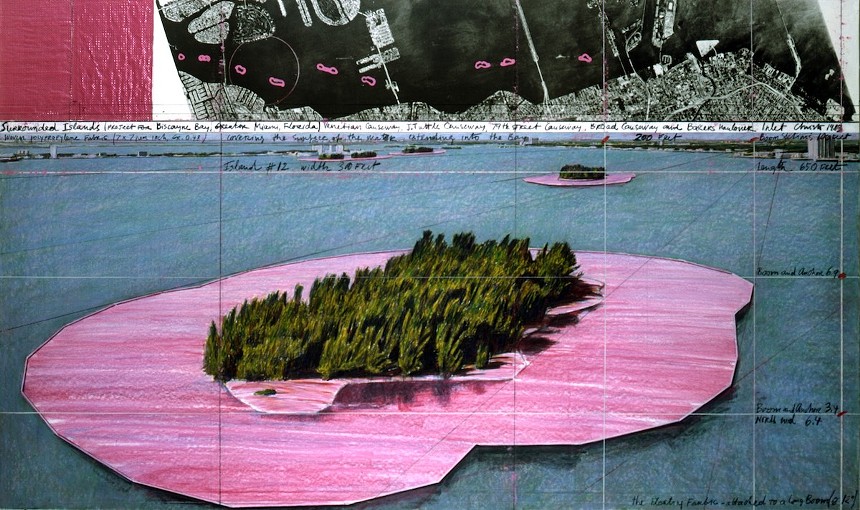 Pérez Art Museum Miami was recently gifted a collection of drawings by Christo, and on Friday, the museum is sharing it with the public as part of the exhibition “Christo Drawings: A Gift from the Maria Bechily and Scott Hodes Collection.” Christo and his wife, Jeanne-Claude, are known for their impact on the contemporary art scene, thanks to their large-scale environmental installations. In 1983, the pair surrounded several islands in Biscayne Bay with bright-pink fabric for the installation “Surrounded Islands.” PAMM’s recently acquired collection includes drawings from the project, among other important Christo works. 11 a.m. to 6 p.m. Friday through June 11, 2023, at Pérez Art Museum Miami, 1103 Biscayne Blvd., Miami; 305-375-3000; pamm.org. Tickets cost $16. Ashley-Anna Aboreden

Tanya Saracho’s Fade is a witty dramatic comedy about class, integrity, and culture. Nervous on her first day on the job, Lucia feels like she’s the “diversity hire” at her TV writing gig. She bonds with the other Latino employee at her job, the janitor Abel. The play ultimately explores class and race within the Latin community. Teo Castellanos directs GableStage’s production of Saracho’s work, with a preview performance on Friday and a regular run kicking off Saturday through September 18. 8 p.m. Friday, at GableStage, 1200 Anastasia Ave., Coral Gables; 305-445-1119; gablestage.org. Tickets cost $40 to $70. Jose D. Duran

On Saturday, the Patricia & Phillip Frost Art Museum opens “A Body in Transit,” a solo exhibition of the work of Peruvian artist Rafael Soldi. Through his work, Soldi often examines how queerness and masculinity intersect with immigration, memory, and loss. “As is often for queer people, I felt my identity existed in a slightly different dimension than everyone else’s. Growing up in Peru, I knew that whatever society expected of me as a man, I was destined to disappoint,” the artist said in a statement. What doesn’t disappoint is Soldi’s work. His photography feels both intimate and powerful, reflecting the artist’s deep retrospection. 11 a.m. to 5 p.m. Saturday through December 4, at Patricia & Phillip Frost Art Museum, 10975 SW 17th St., Miami; 305-348-2890; frost.fiu.edu. Admission is free. Jose D. Duran

Premier Boxing Champions takes over Hard Rock Live when Adriene “The Problem” Broner and Omar “Panterita” Figueroa don their gloves and face off in a lightweight showdown. Broner is making his long-awaited return when he faces off with Figueroa, the all-action former world champion. Both men are known for their contrasting styles in the ring, with Broner opting for flashy technical skills and Figueroa choosing a bruising, volume attack. 5:10 p.m. Saturday, at Hard Rock Live, 1 Seminole Way, Hollywood; 954-797-5531; myhrl.com. Tickets cost $56 to $556 via ticketmaster.com. Sophia Medina 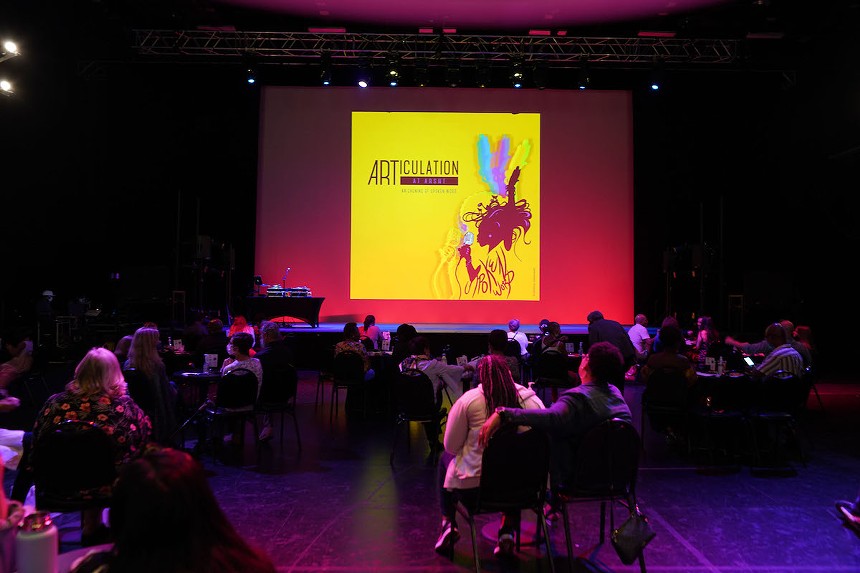 Curated by Deborah Magdalena and Just John, ARTiculation Summer Slam Editon at the Adrienne Arsht Center for the Performing Arts invites the community to immerse itself in the art of spoken word by some of the nation’s talented poets. During the slam poetry competition, artists from around the country will showcase some of their original works for a chance to win up to $1,000. Members of the audience, as well as spoken-word connoisseurs Darius Daughtry and Octavia Yearwood, will be the judges who crown this year’s winner. 7 p.m. Saturday, at the Adrienne Arsht Center for the Performing Arts, 1300 Biscayne Blvd., Miami; 305-949-6722; arshtcenter.org. Admission is free with RSVP. Sophia Medina

On Saturday, comedian Victoria Haig delivers the laughs at Villain Theater. The Miami native is no stranger to the local comedy scene, performing often at the Little Haiti venue. Haig’s most notable trait is her sweet-sounding voice, but don’t let that fool you. She can most definitely cut a heckler down if it comes to that. Hosting Saturday’s show is Poppy J Snack, who will invite their friends to warm up the stage. 10 p.m. Saturday, at Villain Theater, 5865 NE Second Ave., Miami; 786-391-2241; villaintheater.com. Tickets cost $15 to $20 via eventbrite.com. Jose D. Duran

The 85 South Show’s Ghetto Legends have some unfinished business to attend to with their latest comedy show. Comedic tricksters DC Young Fly, Karlous Miller, and Chico Bean will assemble at the James L. Knight Center to host a night full of antics, humor, and roasts that will have you falling out of your seat. 85 South first teamed up in Steve Harvey’s studio to create a podcast focused on improv, freestyling, and roasting. Since then, the dynamic trio has traveled the world to bring laughs to the masses. 8 p.m. Sunday, at the James L. Knight Center, 400 SE Second Ave, Miami; 305-416-5970; jlkc.com. Tickets cost $43 to $132 via ticketmaster.com. Sophia Medina