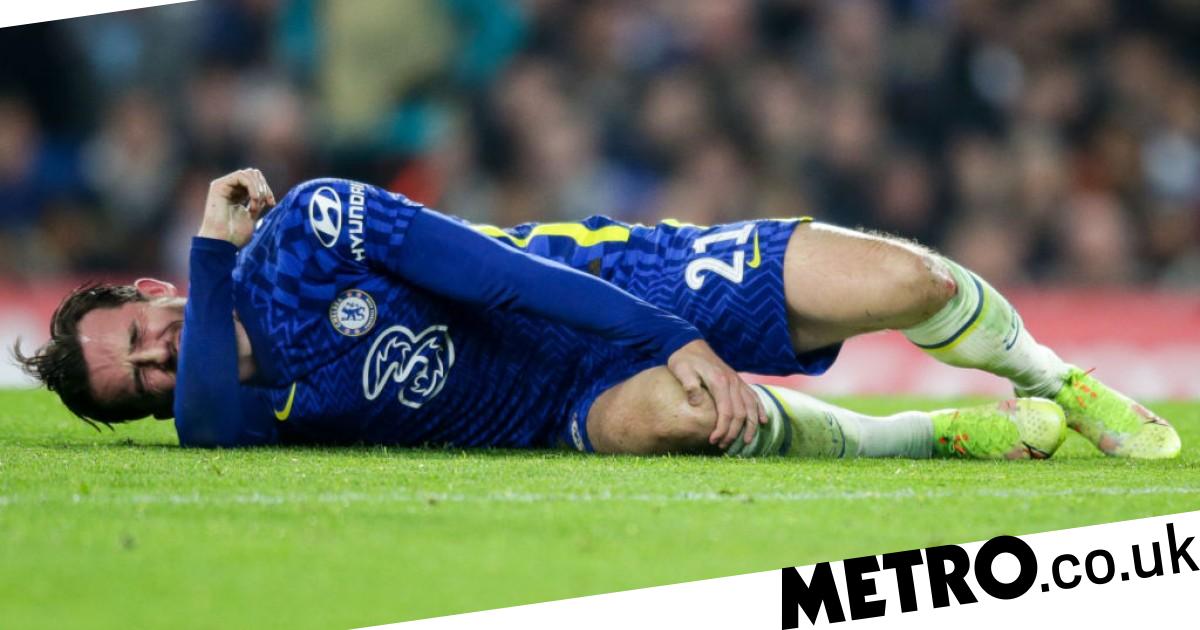 Ben Chilwell admits he’s ‘very frustrated’ after suffering an anterior cruciate ligament injury which could rule him out for the rest of Chelsea’s season.

The England international was forced off during Chelsea’s 4-0 victory over Juventus in the Champions League on Tuesday evening.

The 24-year-old has been one of Chelsea’s top performers in recent weeks and he has vowed to return as quickly as he can.

‘Very frustrating picking up an injury in a moment like this when I am really enjoying my football and playing in this team,’ Chilwell posted on Twitter.

‘I will do everything I can to get back on the pitch as soon as possible. Thank you for all the messages of support.’

Meanwhile, Thomas Tuchel has revealed that Chelsea’s medical team are still assessing the extent of Chilwell’s injury and whether the defender will require surgery.

‘Ben has a partial injury of his ACL and the decision is to treat it conservatively,’ said Tuchel.

‘And the next six weeks will tell the story actually if he makes it and if he will be fully available after the six weeks, or if he needs surgery after that.

‘Right now I only care about the six weeks, we are very positive because the first redaction of his body is very positive.

‘Hopefully it stays like this so now the full focus of everybody is on the next six weeks, to try to bring him back to play.

‘It’s a very responsible decision, so there’s no rush, no pressure.’

Tuchel also described Chilwell’s situation as ‘very sad’ with the defender suffering the injury during his impressive run of form.

‘This is the best case, it does not help if we start now speaking about worst cases, because there is also a best-case scenario.

‘The next weeks will determine the direction. Right now, this is what we have. There is never a good moment for big injuries, and injuries in general.

‘This for him personally is a very bad moment, because he was so good and so full of confidence, he was a huge part of our performances and victories in recent weeks. It’s a shame and very sad.

‘But he’s actually in the moment very positive, because his body reacted very positively to the first treatments and to the injury.

‘So after a while you have to refocus and focus on the positive things. And that’s now the next weeks to do everything possible he can to come back and help us on the pitch.’