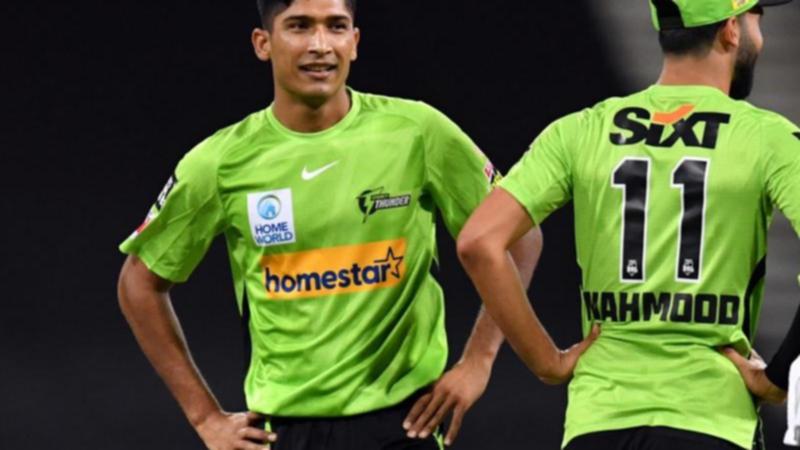 BBL pace sensation Mohammad Hasnain has been reported for a suspected illegal action.

Hasnain has already returned home to Pakistan, meaning he will be tested at a facility in Lahore rather than Brisbane.

The express paceman, who has had a delivery timed at 155.1 km/h, snared seven wickets at 15.71 for the Thunder.

Hasnain was booked in the Thunder’s clash with Adelaide Strikers on January 2.

“After he and others were recalled early by the Pakistan Cricket Board (PCB), it was agreed he would conduct his test at their approved facility in Lahore,” Cricket Australia noted in a statement.

“As the initial report was made during a … Big Bash League match, Cricket Australia will review and verify the report provided by the PCB’s testing facility.

“The league thanks Hasnain, the Thunder and the PCB for their cooperation in this matter.”