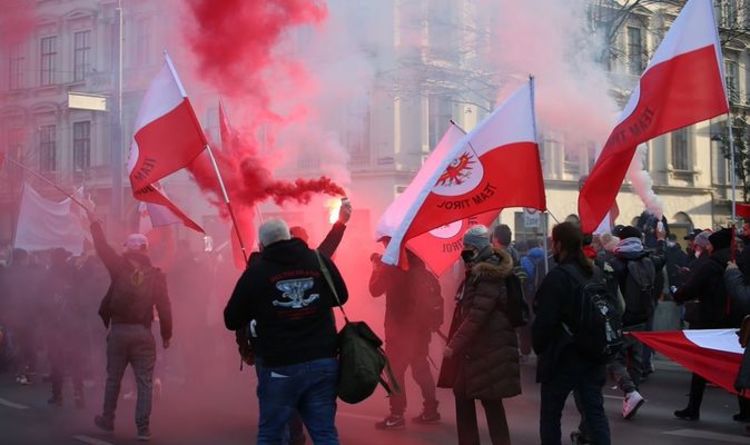 The decision to make vaccination mandatory from February 1 will be a first for a western democracy.

One of the largest protests, held in front of the Hofburg Palace, saw an estimated 15,000 demonstrators denounce the Austrian government for trying to take control of their bodies.

Herbert Kickl, leader of the far-right Freedom Party has been largely credited with organising the protests, calling for people to support “freedom and human dignity”.

He said: “From today Austria is a dictatorship.

“Our freedom is close to our hearts.”

However, Mr Kickl was not able to join the protests as he recently tested positive for Covid and has been forced to quarantine.

Around 13,000 police officers were deployed in Vienna on Saturday, as protesters threw cans, smoke bombs and other projectiles.

“I don’t think things will happen quite in the same way as they have done there.”