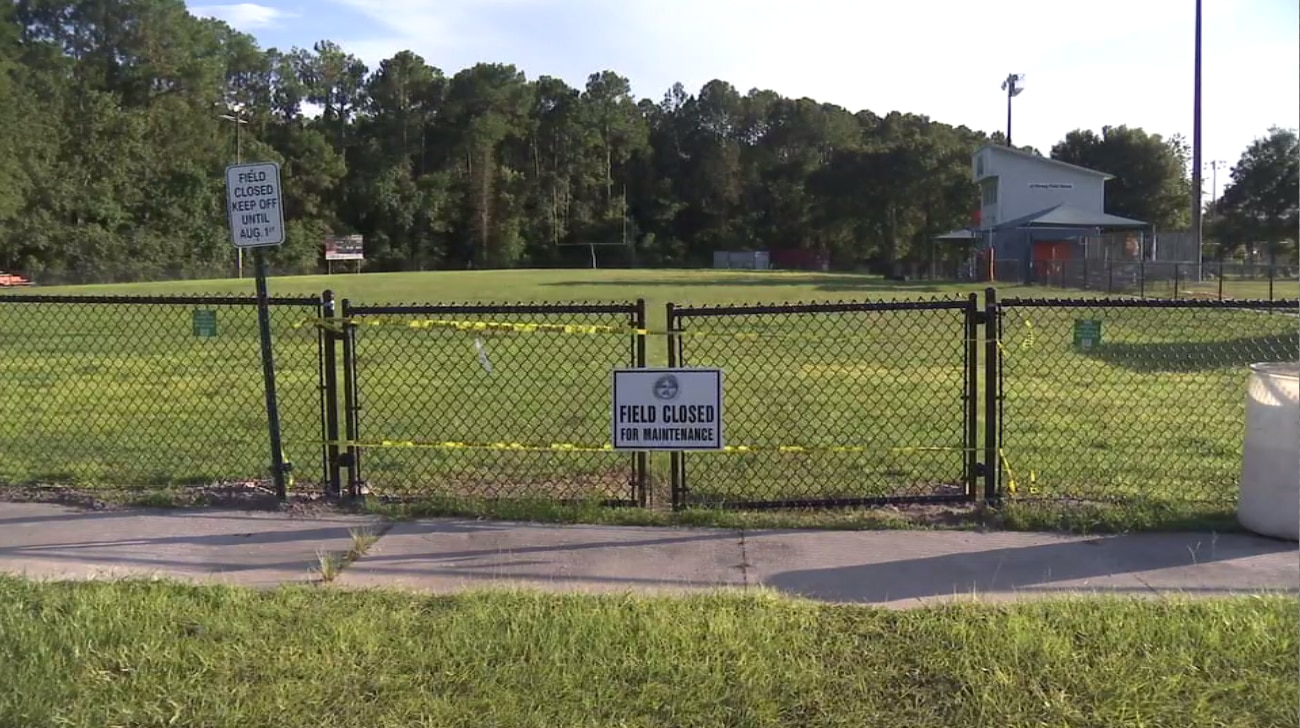 JACKSONVILLE, Fla. – During a meeting Tuesday evening of the Jacksonville City Council, the vice president of the Mandarin Athletic Association told council members that he hopes improvements will continue at Greenland Park.

Two weeks ago, parents voiced concerns about the conditions at the park, some saying the park was simply unsafe. Since then, improvements and repairs have been made.

“We’ve had some great athletes come out of that park. Matt Jones, who’s a quarterback for the New England Patriots, played at that park,” Terry McGriff, the association VP, told the council. “We just want it to be revitalized.”

Parents shared their concerns about the condition of Greenland Park, sharing photos of rusty and worn-out playground equipment. News4Jax went there and saw the roofs in the dugouts had holes in them. The football fence was old and broken down.

Then, the city stepped up, the old fence has since been taken down and replaced with a new one for when children play football in the fall.

In 2015, the Mandarin Athletic Association was granted a license to use the park for athletics, and McGriff said as part of that, they’re responsible for keeping up the fields, but not the equipment. That contract will be terminated by the city on July 31 — something McGriff addressed Tuesday night during the council meeting.

“We’ve always maintained our part of the contract and now we’re losing the contract,” he said.

Stephanie Gunter is a mother of three athletes who play sports for the Mandarin Athletic Association, and she hopes the city will continue making improvements.

“They love it there. We need to keep going there,” she said.

Her 10-year-old, Madelynn, is a football player.

“The football field’s getting better now that we have a nice fence, so kids won’t get sliced on the legs because of the old fence we had,” Madelynn said.

Parents and athletes want the park improved for a better sports season this fall.

“It’s fun to be there. The staff at Mandarin Athletic Association is why we stay. They’re great coaches and they’re, just, great people,” Gunter said. They’re training them beyond sports — it’s life skills they’re learning, too.”